Professional athletes who have invested in tech companies

Most had other jobs. As time went on, their salaries increased, drastically so, but they were still viewed in the context of the sport they played. They had their career but were mostly forgotten about after it, save for the occasional reunion ceremonies.

Through the wide world of investing, that’s changed, too.

Professional athletes are no longer just professional athletes. They are brands. More than that, they are entrepreneurs and champions of industry. Some are doing it to set themselves up for life after sport. Others do it strictly for the thrill. For some, the industry in which they’ve invested is a true life passion.

Whatever the reason, professional-athlete investors are everywhere. And invariably, you use something they’ve backed, developed or helped endorse.

Ever wear a pair of Nikes? Well, LeBron James and Michael Jordan (via the Jordan Brand) have inked billion-dollar deals with the company. Ever eat at a pizza chain? Or a fast food joint? Professional athletes invest them in those too, as both franchisees and owner operators. Certain leagues even allow their players to endorse, represent and invest in sports wagering companies. Think about that the next time you’re perusing betting site sign-up offers and wondering why they’re not more lucrative. It’s because of relationships that sportsbooks now have with players and leagues. They no longer need to reel in new customers with the same old approach; they now have organic validity attached to their name.

Anyway, the newest industry that professional athletes are getting into: tech and manufacturing. They’re investing in software companies. They have ownership stakes in robotics factions. They’re funneling money into smart products. Some are even involved with aircraft production, artificial intelligence and automated processes. And the list goes on from there.

Rather than regurgitate every level of tech and manufacturing that professional athletes have enjoyed, we’ve instead compiled a list of the most notable names to heavily invest in these industries.

Kevin Durant is a titan of industry relative to his fellow athlete. He has his own production, and more recently, he’s delved heavily into the tech industry, even citing an early Google investor, Ron Conway, as a mentor.

His most notable investments include stakes in the Acorns app and the Culture Fund, which aims to diversify the tech industry.

Former teammates Stephen Curry and Andre Iguodala have leaned heavily into the Esports boon. They both invested in Swift, a multi-game esports organization. Meanwhile, Curry holds a stake in CoachUp, a venture-funded startup that connects pro athletes with private coaches. He also invested in Slyce, a pizza-delivery app.

For Iguodala’s part, he has one of the most versatile investment portfolios of any professional athletes. He has tied his money to Trumid (an e-trading platform), The Players’ Tribune (media company) and Thrive Global, a company that seeks to unearth and develop behavior change technology and media to support individuals struggling with stress and burnout.

Serena Williams is the best tennis player of all time, bar none, and perhaps the most dominant athlete, across any sport, in history. She’s also done well for herself off the court.

In addition to investing in Daily Harvest, a food delivery service that sends healthy frozen dinners to consumers, she has a stake in SVMK, the parent company of SurveyMonkey.

Among her other tech investments is Mobli, a photo-sharing application, and Mayvenn, a startup company in the business of providing customers with human hair and extensions.

Russell Okung, an offensive tackle for the NFL’s Carolina Panthers, is a primary investor in Next Play Capital, a venture capital firm that specializes in integrating sports and the technology industries.

On top of that, he’s also a board member for the NFL Player’s Association, which, among other things, is responsible for helping players seek out their own legitimate investment opportunities.

Carmelo Anthony doesn’t just scope out tech investments. They come to him.

Back in 2013, the future Hall of Famer founded Melo 7 Tech Partners, which is a venture capital firm that invests in early-stage digital media and technology companies. Along with his partner, WWE executive Stuart Goldfarb, Melo 7 has backed more than 20 startups. The list of his dealings are too inordinate to go through, but some of Anthony’s biggest deals have included nine figures’ worth money exchanging hands. 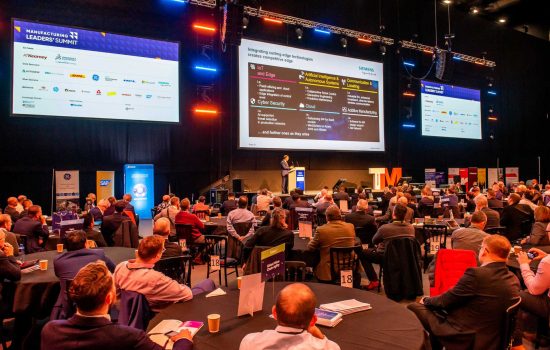