If a product is to be qualified as a version control system, it is required to allow changes done by software developers to be reverted to a previous state and permit them to resolve conflicts on code mergers after showing them. Furthermore, developers should be allowed to use branching for isolating their code and keep track of code changes using a mechanism. A product should also show the history of changes made and allow to simultaneously work on the same code files. When given a command, version control systems could merge codes from different branches. They work as efficient tools to streamline the software development process.

The version control systems are the ones which record the alterations in a file or set of files over time. This helps in recalling a particular versions of it later on. The global version control systems market is prognosticated to surge at a steady CAGR of 11% and is foreseen to be valued significantly during forecast period from 2017 to 2027.

Increase in revenue of the global market can be credited to rise in number of installations all over medium and small-sized companies, along with better features of version control systems. The rise in adoption of tablets and smart phones, with rapid advancement in technologies has resulted in spurred investment on deployment a well as application development, all over the world. In above stages, version control system plays a part of an integral component, which has witnessed notable growth in its revenue. The market is expected to reach around significant valuation of US$ 900 mn, in year 2026.

Digitalization, automation, and reduction in of complexity are some of the major drivers which are positively influencing the global version control systems market. Moreover, advancement in technology has also supported the plight towards digitization and automation, with reduce human errors and tasks. With the rise in adoption of tablets and smartphones, all over the world, several types of mobile application have been launched. Owing to this, the backend activities are in great demand in order to track the alteration and provide ease of management.

Besides, the ease of operation and user friendliness has also stirred demand for automated software management and tracking tools. As a result of this, the version control systems market as well, is likely to experience growth in revenue, all over the world. For example, systems such as Bazaar created by a U.K based company, automatically keep a track of every change made in the source code and keeps a backup of every model.

As per the value, the Windows based version control systems market is expected to grow 2.9 times in the forecast period. Based on value, the Windows operating environment segment is likely to project the most lucrative market of the global version control systems in future years. The Windows segment is anticipated to hold about 3/4th of the total value share of the global market by 2027. 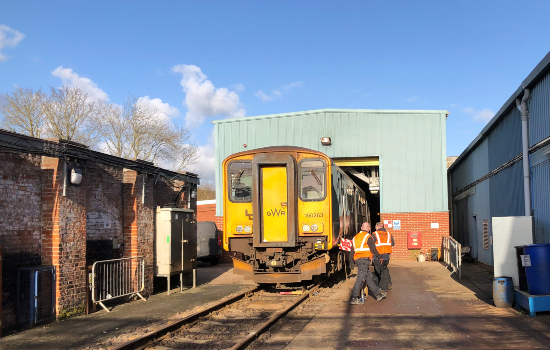