There is a huge focus on renewable energy at the moment, and rightly so, given climate change has been recognised as one of the biggest threats that the modern world faces right now. As such, although electricity usage is up, we have a lot more electricity that is produced by the likes of solar, wind and tidal.

Whilst this is fantastic, it also brings about issues in terms of electricty usage, as just because something is renewable doesn’t mean that it comes in an unlimited supply. We are currently living in a world that relies on electricity more and more due to the increased means by which we use it in an effort to decarbonise, and so, as electricity becomes more renewable, so too do we rely on it more.

This increased reliance means a few things. Firstly, it means that if your electricity goes down, it will put you in more bother than it would have done five years ago. Therefore, you should make it good practice to have some electrical contractors to hand, such as those at Like Electrical, who can get you back up and running in an instant if something goes wrong.

It also means that you are likely to see the amount of electricity you use on a daily basis increase. If you like to keep an eye on your overall electricity usage, then you should especially look out for the below, which will be some of the most common reasons as to why you will find yourself using more electricity in the future.

It seems like the last few summers have been getting hotter and hotter, and as a result, the amount of electricity generated by air conditioning and similar appliances has constantly been increasing. It may not seem like much, but you’d be surprised at how hard some items have to work during a string of hot days.

There have been a number of government incentives put in place as a means to increase the amount of people who are driving electric cars. These are only likely to become more frequent as many governments from around the world are operating with the focus of transport becoming entirely electric in the next few years. As such, if you drive, it might not be long before you find yourself behind the wheel of an electric motor.

The coronavirus pandemic brought with it a great deal of unpredictability, and as such, adaptations were made. Whilst some of these changes will be eradicated once restrictions are dropped, others appear here to stay. One of the most prevalent is working from home. Many businesses have confirmed that although the initial remote working measures were implemented as a means to stop the spread, they will be keeping them in place permanently due to their success. As such, people around the world are scouting out the best broadband and internet available as a means to stop freezing on Zoom meetings and carry out work as efficiently as possible. 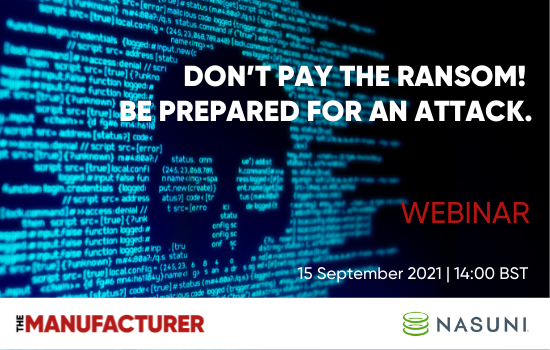 Webinar: Don’t pay the ransom! Be prepared for an attack.