The secret to a successful Digital Transformation? It’s not where to start but where to focus

Deborah Sherry, Senior VP and Chief Commercial Officer of Europe, Russia & CIS at GE Digital , discusses the cultural and technical barriers to truly digitalising manufacturing, and shares an exciting example of how one manufacturer is using digital technologies to take its production to the next level. 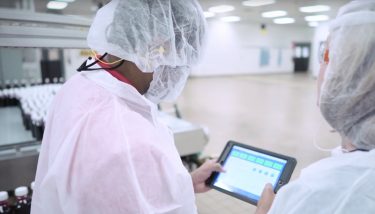 Procter & Gamble (P&G) is made up of several different business units, making it one of the world’s largest fast-moving consumer goods companies.

Such an organisational structure meant that P&G needed an integrated system that would allow technicians to interact with data in real-time and at scale.

How was P&G able to visualise it operations to achieve improved process reliability, production efficiency, and operational safety?

For more than a century, Gerdau has enjoyed a reputation as a process innovator in the steel industry. In fact, this spirit of innovation has been hard-wired into the company culture since it was founded in 1901.

What began as a nail factory in Porto Alegre, Brazil, is now the largest producer of long steel in the Americas, with an annual capacity of more than 25 million metric tons.

The holistic approach Gerdau took to its digital transformation has saved the business more than 130 hours in unplanned downtime, reduced raw material inventory from three days to seven minutes, and decreased scrap classification by 93 hours per month. Freight costs were also reduced by 5% due to truck driver productivity gains of more than 100%.

Click here to find out how Gerdau did it