Posted on 9 Oct 2014 by The Manufacturer

One thing everyone knows is that trends come and go, no matter the industry. But what about megatrends? And more so, what exactly are they?

This year began with many companies bolting out of the gate to take advantage of an economy with its tendrils peaking up. Later in 2014, the same manufacturing firms enjoyed one of the strongest growth periods in the industry for 22 years. Increasing domestic and export demand acted as catalyst to employment improvements, and the sector showed the highest growth figures compared to other areas.

Automation and factories of the future

According to KPMG, 78% of manufacturers have implemented a form of automation into their processes in the last five years.

Steve Brambley, deputy director of automation trade association Gambica, explained the attraction of automation to TM: “A manufacturer’s competiveness can be boosted through increased productivity and throughput, reduction in rejects and scrap, improvements in accuracy and repeatability, greater energy efficiency and streamlined inventory management.”

However, roughly half reported not having the necessary in-house skills to run automation projects. Brambley doesn’t find this surprising due the specialist nature of certain processes but there is hope to overcome it, he continues: “The skills to implement an automation project can be provided by the manufacturers themselves as well as system integrators and consultants.”

Businesses may also stumble over what Brambley calls a lack of “appetite and means to invest in an uncertain economy, however automation projects tend to have demonstrable and quick paybacks so this is more of a mind-set than an actual financial barrier.”

Sourcing closer to end markets or nearshoring is emerging as a megatrend in the UK, allowing companies to manage supply chain risks. The popularity is a result of several factors, including risks associated with supply chain management in low cost countries, and emerging economies where previously UK industry capitalised on cheap labour now demanding higher wages.

As fuel prices around the world soar, the cost of shipping is becoming increasingly expensive, as well as manufacturing companies looking to outsource back office services to focus on core operations.

Responses on impact of near-shoring on supply chain, for the following characteristics (in percent)

Demand to shift to the East

Rising production costs in China could spell the end of the area being the most “sought after” manufacturing location in the next five years. Manufacturers in the US, UK and the rest of Europe are beginning to realise the growth potential of countries in Southeast Asia like Indonesia and the Philippines, where manufacturing costs are up to 40% lower than China.

Country attractiveness and key initiatives according to KPMG

Political and currency stability makes the country an attractive location for expansion projects.

China is investing heavily in inland ports and other infrastructure projects to facilitate easier transfer of goods from inland areas for export.

This is the regional concentration of interrelated companies operating in close contact along an entire value chain, from service providers to research and academic facilities and trade associations. The UK is already discovering the benefits of cluster manufacturing with the south west of England and Midlands widely recognised for highly successful aerospace and advanced engineering clusters.

“When business partners are located close to each other, it becomes easier for companies to exchange information, communicate and share input and/or output and to achieve a mutual benefit. The more links and networks spanned between companies, the more innovative and effective they become,” says Paul Crayford senior manager at KPMG.

According to Karen Wordsworth, director, climate change and sustainability at KPMG “commodity prices, energy usage and logistics management are already important for manufacturers to maintain their competitiveness today”.

Results from September’s report The Future of Energy: The UK Manufacturing Opportunity, which collated the opinions of individuals form 600 UK manufacturers, revealed 79% of firms regarded energy as a critical issue for 2015. More than two thirds plan to increase investment in energy management during the next 12 months, particularly in renewable and self-generation technologies.

According to Engineering UK, globalisation, volatile market conditions, and an increase in sophisticated technologies are going to make it difficult for manufacturers across Britain to fill roughly 2.74m jobs this decade as a result of a deficit in engineering skills.

However, programmes like apprenticeships, internships and graduate traineeships, which are instrumental to help develop the workforce of the future, are growing in popularity as a means to address the skills gap. Speaking recently about skills, Mike Patton, MD at GE Aviation, Wales said: “By harnessing UK employees’ technical abilities, and developing strong skill sets, we can further enhance the UK’s reputation as a key place to trade.”

Nanotechnology’s popularity is increasing in the manufacturing sector. Already widely used in the automotive industry, developments are helping to achieve 10-15% weight and strength improvements, with a target of 20-25%.

The technology will enable engineers to develop materials at the nanoscale to take advantage of their enhanced properties like lighter weight, higher strength, increased control of light spectrum and greater chemical reactivity than their larger-scale counterparts.

A wider adoption of nanotechnology is the result of more manufacturers keen to increase focus on energy efficiency, achieve a cleaner environment, as well as, improvements needed in the industry processes.

Lack of differentiation and saturation in mature economies, price pressures and customers demanding more from their suppliers are driving manufacturers to re-examine their business model to be more globally competitive. They are evolving their product-focused business model to a client-centric model, deploying solutions that address their clients’ engineering and product lifecycle needs. Manufacturers are aiming for a closer ongoing collaboration with customers. To get closer to the customer, companies are taking control of activities in the outbound supply chain, which are otherwise carried out directly by customers or third parties.

Nathan Beaver, director at KPMG, believes that “insights into your customer needs and behaviours are the most critical success factor in determining your proposition to the market and the capabilities required to deliver.”

With more and more business taking place outside the company, firms are beginning to shift compliance from internal corporate governance to processes that manage the manufacturer’s entire external value chain. This is essential for manufacturers to safeguard the competitive environment and guarantee the security of supply, by identifying and controlling risks involved with suppliers, commodity groups and regions within global markets. 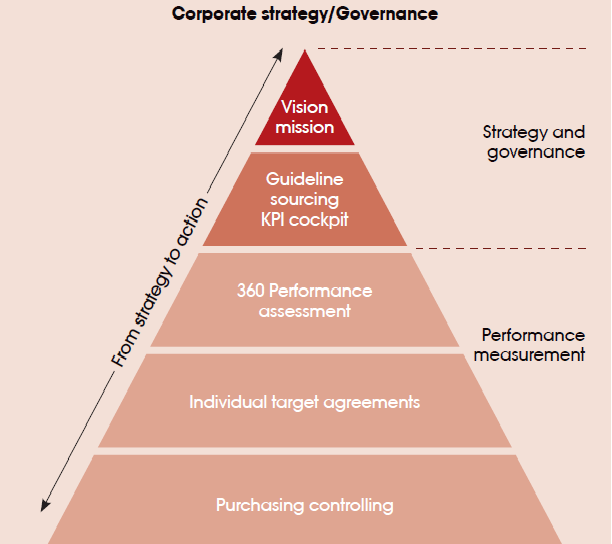 Number 10 on KPMG’s list is additive manufacturing. This method of manufacturing is predicted to “fundamentally challenge some of the ways we have been manufacturing up until this point,” says senior manager at KPMG, David Hull.

Although the industry has been around since the 1980s, the process has gained a heightened presence with the total products and services market increasing 35% in 2013.

This is one technology that manufacturers are increasingly investigating the opportunities offered and beginning to integrate the process into the existing supply chain to compete with new players in the market.