Posted on 12 Apr 2016 by Victoria Fitzgerald

Work has commenced at lifting equipment manufacturer, Penny Hydraulics, on a £1.5M site development at its Clowne premises, set to create 10 new jobs in the next two years.

The firm currently employs 90 people, over 90% of which are from Clowne and its surrounding villages.

Following a record year in sales, Penny Hydraulics is set to better this again in 2016 with the end of year turnover set to exceed £7M.

Various large contracts for customers including BT and Royal Mail have helped to boost sales along with the introduction of a new 1000kg capacity goods lift that the company introduced in 2015. 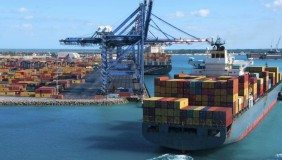 A new line of over 470 hydraulic vehicle mounted cranes added to the existing crane range in April 2015 has also played its part.

Penny Hydraulics remains family owned and is currently run by 2nd generation family members and a board of Directors.

Robin Penny, son of founder John Penny and current MD of the company, shares some of the secrets to the company’s success to date as he said: “We have to continually invest in the people, the systems and the site that make up our business otherwise we will fall behind our competitors.

“To do this we need to make a profit and so we are always looking at ways to improve our margins.

“Training, green technologies and access to European funding are just some of the areas we have used to increase our profits by reducing overheads and increasing productivity.”

By analysing and making changes to the premises heating system, the company made a saving of over 30% per year on their heating bill. Penny added: “It is thanks to this constant monitoring and adjusting that our profit has historically been very healthy and projections continue to be excellent.

“Such investments make commercial sense in the long-term but also means that our operation makes much less of an environmental impact”.

Penny attributes financial prudency as another attribute to the success of the company as he stated, “Unlike many companies, our business has always been run prudently and has grown steadily through decades of hard work”

The benefits of this now, are that the company has no loans or overdrafts, owns all of its premises, owns all company fleet vehicles and owns all its own plant & equipment. Penny continued, “This puts us in a strong financial position and sets us apart from many other businesses who rely heavily on credit to run their businesses. We can survive the downturns that seem to have become part of the economic landscape.”

The work that is currently underway at the Penny Hydraulics site, on Station Road in Clowne includes a new warehousing facility to allow increased levels of stock, a new production facility to allow increased turnover of products and a new office building to offer space to expand the Design Team and improve customer perception.  New job opportunities will include mechanical engineers, administrators, welders & fabricators, offering excellent employment opportunities within the region.

The development comes at a time when the industry body StartUp Britain announced that the district of Bolsover generated more entrepreneurs per head of population in 2015 than any other area of the country outside London, with 25 new companies registered per 1,000 people. In addition, the authority has the fastest projected rate of employment growth of any Derbyshire authority.

Penny said that Bolsolver District Council has a lot to do with this, he said: “The council is very active in supporting local businesses, giving training, advice and help with accessing funding. They have been very helpful and are a real partner to us in what we do.”

Access to a funding development grant of 15% towards the project costs has enabled Penny Hydraulics to start the site development sooner than originally anticipated. The ‘Invest to Grow’ grant focuses on growth, innovation and the creation of sustainable jobs in the East Midlands area and was administered by Derby University.