£600bn of infrastructure projects planned over the next ten years

Part of the £600bn of infrastructure projects will be made using offsite construction methods, which are said to be more efficient and productive.

About £600bn will be invested in infrastructure projects in the next decade according to the government, with the hope that some of them will be delivered using modern digital manufacturing techniques.

Among the projects planned over the next decade include flood alleviation schemes in Southsea and Oxford, Ebbsfleet Garden City, and Hornsea Project One, the largest offshore wind farm in the world.

The annual National Infrastructure and Construction Pipeline report has also launched a call for evidence on offsite building. They say they want to “understand how the government can best adopt and embed its proposed method of offsite manufacturing in its capital programmes, and how prepared the sector is to adapt to this change and support the delivery of the approach.”

The government wants to use this modern manufacturing technique where manufacturing building and infrastructure (and their components) are built before being sent for assembly on construction sites. They have also published details of a proposal for a preferred approach to building infrastructure called a Platform Approach to Design for Manufacture and Assembly (P-DfMA); a modern method of construction which is a specific form of design for manufacture and assembly.

The government say: “Applying modern manufacturing approaches to building projects can boost productivity and reduce waste by as much as 90 per cent. For example, a school that typically takes a year to build could be completed in just over four months.” Productivity in construction is poor compared to other manufacturing sectors. 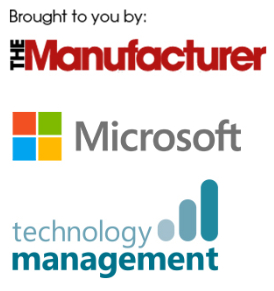 Have you ever wondered what you could achieve if you could stop firefighting and start strategically directing? Or where your business would be now if you had up to the second, totally trustable data?

Find answers to these and more key manufacturing challenges in this upcoming webinar on 12 December at 2:30pm

So if you’d rather work smarter than harder, then click here to register.

£190bn of infrastructure investment in planned up to 2020/21. Funding sources will be equally divided between the private sector and central government. The regions of London, the North East, and the South West will receive over £1,000 average annual investment per capita, with the South West receiving the most.

Nearly 700 projects, programmes and other investment are in the pipeline. Major projects planned after 2020/21 include the A14 Cambridge to Huntingdon improvement scheme, the Thames Tideway Tunnel and the nuclear power station Hinkley Point C.

The overwhelming majority of pipeline funding up to 2020/21 will be devoted to four sectors, transport, energy, utilities and social infrastructure. HS2 and other rail upgrades receive the highest level of transport funding up to 2020/21. Thameslink, Crossrail, and the Four Lines Modernisation are all priority investments announced in the pipeline.

A spokesman from the Infrastructure and Projects Authority, who wrote the report said: “There are potentially significant benefits which include: revitalising the UK construction sector and improving productivity; delivering more projects on time and on budget; supporting the Industrial Strategy’s Clean Growth Challenge and the transition to a low carbon economy; supporting higher quality jobs; delivering significant and sustainable efficiency savings.”

The government say the report fits its desire to have a presumption in favour of offsite construction, which it announced at Autumn Budget 2017. A number of projects mentioned in the pipeline have used off-site manufacturing techniques. For example, the A14 Cambridge to Huntingdon improvement scheme involved building parts of bridges in a factory before being assembled on site. The end result was that the bridge was built more efficiently than if it was built by traditional methods.