A blueprint for the future of UK manufacturing

What do the nation’s manufacturers believe UKplc must do to solve the productivity puzzle? Brian Holliday, MD of Digital Factory, Siemens UK & Ireland looks at the outcome of a recent survey.

Manufacturing is very important to the UK. It delivers 11% of national GDP and employs 2.6 million people. Much progress has been made in recent years to reinvigorate domestic manufacturing and rebalance the economy.

Government focus on this area, as well as strategic advances such as the creation of the High Value Manufacturing Catapult; the delivery of increased apprenticeship opportunities; and successful sector strategies in automotive, aerospace and electronics are some tangible examples that we are moving in the right direction in efforts to boost economic success.

For all that, the overarching concern facing all stakeholders is productivity.

Manufacturing has been identified by EEF as a key component in solving the UK’s so-called ‘productivity puzzle’. Meeting this challenge is vital, because it’s through enhanced productivity performance that competitiveness will be improved; economic growth generated; skilled jobs created, and exports increased. 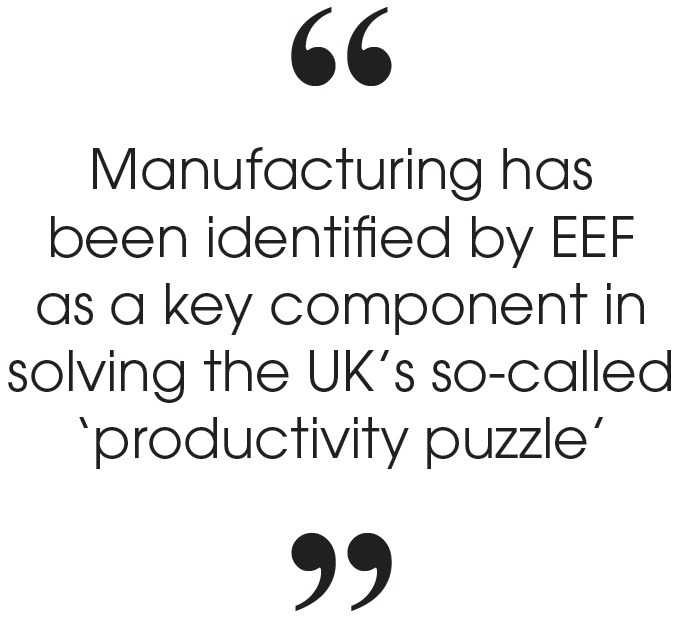 While many will have a view concerning the critical impact areas on productivity, we at Siemens were keen to establish what both large and small-sized manufacturing enterprises, across varied industrial sectors, believe is required to support the fight to improve our national productivity outcomes, as well as restore our economic vibrancy.

So we asked them. A summary of their deliberations is clear, and sends a consistent message to policy makers; indeed, it should be considered as the manufacturers’ Blueprint for the Future of UK Manufacturing.

These collective thoughts and opinions can be consolidated into three key areas, which truly complement the aims and objectives set out in the Government’s Productivity Plan launched in 2015:

Manufacturers believe it’s vital that an appropriately skilled workforce for the future be both encouraged and developed. Such a UK workforce will require industrial digital skills to take advantage of the productivity opportunities that come with new technology. 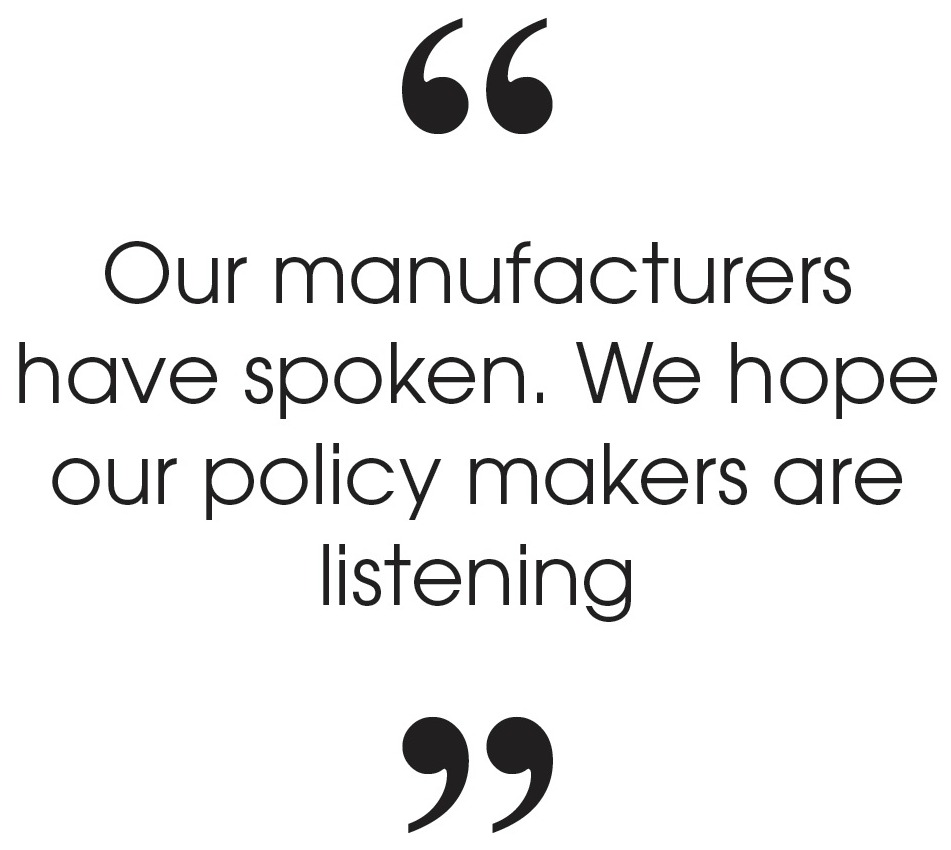 Businesses want to see more than the current 3% level of graduates who pursue careers in engineering and technology, and wish to see greater links between business and the UK’s world-leading university sector, so that existing and new talent is nurtured to help lead a ‘new industrial revolution’.

Finally, a renewed and funded focus is required for STEM education, so that our schools and colleges proactively start to create the engineers and technicians manufacturing’s digital future will need in abundance.

Alongside the positive impact of education and skills, manufacturers are also calling for further encouragement and policy support for increased investment in strategically important areas, including easier access to take-up new technologies in automation and digitalisation.

There is also a clear wish to see further investment made in critical infrastructure, such as modern transport, energy systems and broadband, as well as a desire for a fresh look at the tax system in order to inspire greater manufacturing commitments to R&D and capital expenditure.

Nearly half of those questioned asked for the permanent establishment of R&D tax credits. In tangible terms, the Blueprint calls for the setting of a long-term 3% GDP target for public and private sector spending on R&D.

There was a strong belief in the absolute necessity to continue to foster a spirit of innovation in product development and advanced high value manufacturing. This is to allow the nation’s manufacturing base to cost-effectively capitalise on global trends, such as the move towards mass customisation.

A clear and consistent message

Educate. Invest. Innovate. These are the key components that drive the nation’s manufacturers’ Blueprint for the Future of UK Manufacturing to boost productivity and support a national long-term industrial strategy.

Training and educating the workforce of the future; establishing better links between industry and higher education; assisting investment in new technologies such as digitalisation and automation capabilities, and encouraging innovation based on long-term strategic investment, are all considered essential steps, and form the primary action points manufacturers are asking the Government to focus upon.

By targeting policies on three areas of its Productivity Plan: Skills & Human Capital, Economic Infrastructure and Ideas & Innovation, the Government will, for example, see more investment in new, innovative digital and smart factories that can tackle the complex production challenges we face.

And the results will be well worth the effort. Estimates indicate that by doing so, we will see a 30% overall improvement in productivity, together with the associated benefits of enhanced competitiveness that will aid accelerated economic growth.

Our manufacturers have spoken. We hope our policy makers are listening.