A comparison of 4G and 5G in manufacturing

The Global Mobile Communications Trade Group (GSMA) reported that 5G connections are expected to surpass one billion in 2022, increasing to two billion by 2025. The industrial sector is set to benefit from an increase in the 5G rollout. However, despite the push for the rollout of 5G in Europe the implementation of 5G, technology has been slower than other countries. In this article, Neil Ballinger, Head of EMEA at EU Automation, compares 4G and 5G in relation to the manufacturing industry.

In the manufacturing industry, near-real-time inter-exchange of data is necessary to allow for machine-to-machine or machine-to-cloud data transfers. However, to achieve this, manufacturers need a network that guarantees low-latency and high-bandwidth transfers. 5G is the first mainstream wireless network built for the industrial sector, unlike 4G, which focused heavily on cellular networking.

Apart from the nature of the network, other important things to consider when comparing network options include the factory environment and the factory location. An industrial environment typically has reinforced walls and electromagnetic waves from industrial processes, which can often impede wireless networks in industrial settings.

When comparing networks, it is important to consider the relevant criteria for industrial applications, such as peak speeds, latency, connectivity, energy efficiency and bandwidth.

Peak speeds are vital in the manufacturing industry for both data uploads and downloads and to support real-time data transfers. 4G networks offer peak speeds of around 100-300 Mbps depending on the distance of the asset to the network. Although the speeds 4G can offer are fast enough for industrial process needs, it is not always a reliable network for industrial environments due to the centralised nature of the network. This means that the further away a facility is from a network infrastructure, the more unreliable it is. 5G, on the other hand, offers a more reliable network with speeds of around 10-30 Gbps, which can be up to 20 times faster than 4G networks.

5G is also known for its low latency, which is essential for ensuring reliable and quick data transfers — compared to 4G, 5G networks offer up to five times faster latency rates, making it ideal for supporting industry 4.0 business models. 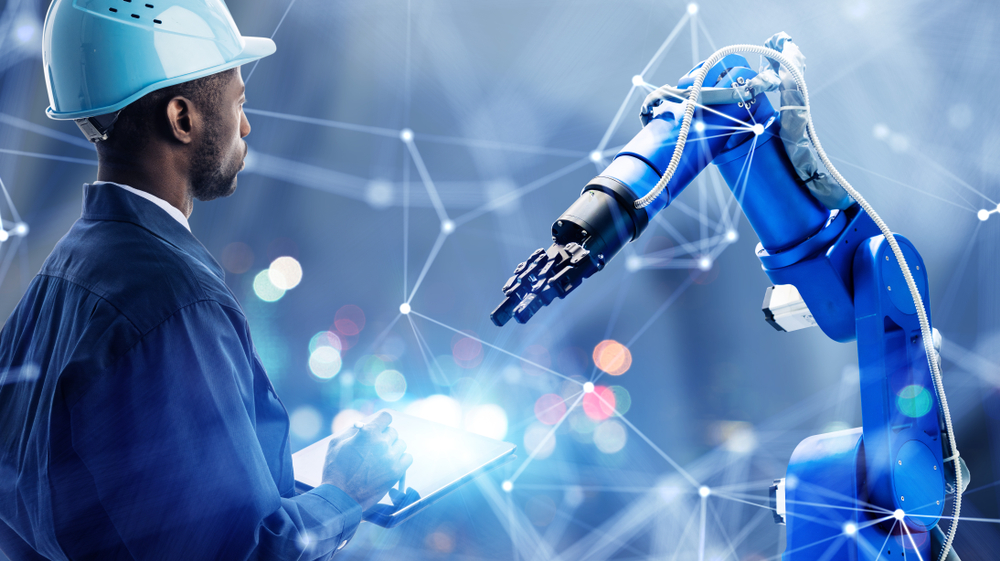 5G does not only beat 4G in speed and latency rates, the network also outshines 4G in connectivity, energy efficiency and bandwidth. 5G offers connectivity to up to ten times more devices than 4G, which is necessary for a growing industry 4.0 model to connect the various IoT-enabled devices, such as smart sensors, Human-Machine Interfaces (HMIs) and more. The 5G network also requires 90% less energy per bit of data in comparison to 4G, a highly beneficial feature considering the rising cost of energy.

Most importantly, 5G provides the high bandwidths needed to support industrial needs, such as analysing data for predictive maintenance and supply chain visibility. Previously, some manufacturers chose not to use wireless networks like 4G for extensive networking because of their slower and less reliable transfer rates. However, the high bandwidth of 5G allows for large amounts of data to be reliably transferred in real-time, with its capacity to support a thousand times the bandwidth of 4G.

Despite all the benefits 5G holds, the rollout in Europe is slow compared to other areas of the world, such as South-East Asia. This means that it will still require time before it performs optimally. For industrial purposes, 5G is the clear winner, with its low latency, high bandwidths and connectivity. As the first mainstream wireless network built for the industrial sector, 5G offers the reliability and scalability to support the endless sensors and smart devices used in the manufacturing industry. Once the 5G network is set up throughout Europe, we are likely to see many manufacturers implementing the technology to support their industrial processes.