Aavid Thermacore throws light into the darkest corners of space

A North East England based manufacturing firm has received significant recognition from a top global scientific research agency for its contribution to the development of innovative radio astronomy technology.

PAFs are innovative technology that form part of CSIRO’s newest radio telescope, the Australian Square Kilometre Array Pathfinder (ASKAP). Together with specialised digital systems developed for ASKAP, the phased array feeds create 36 separate (simultaneous) beams to give a field-of-view of 30 square degrees on the sky.

As a result, ASKAP will capture radio images of the sky in more detail and faster than ever before. It will allow astronomers to answer fundamental questions about our universe, such as the nature of cosmic magnetism and the evolution and formation of galaxies.

Industry has played a crucial role in the development of ASKAP. For example, industry collaborations enabled significant progress on ASKAP’s computing architecture and low-noise amplifier design. Specifically, the PAF is a hermetically sealed electronics package that has a total of 188 signal channels, 94 in each of two polarisations and with summer temperatures in Australia soaring well above 40°C, ASKAP engineers needed to find a way to keep the PAF electronics cool to ensure efficient performance.

Aavid Thermacore has been recognised for “the collaborative work on the design, prototyping and supply of multiple ground planes with embedded heat pipes and associated thermo-electric cooler modules for the ASKAP Mk II PAF receiver system.”

Steve Barker, project leader, CSIRO, who flew in from Sydney, Australia to present a plaque to staff at Aavid Thermacore Europe’s Ashington facility, said: “We are incredibly grateful to Aavid Thermacore for its support with the ASKAP project. Throughout their time working on the project, the staff at Aavid Thermacore continually went above and beyond to provide support and guidance to our engineers on-site in Australia. Their knowledge and expertise in thermal management has enabled us to progress with the project, so I am delighted to present them with a Recognition Award for all of their hard work.”

David Mullen, project engineer, Aavid Thermacore Europe, said: “CSIRO approached our Australian distributor, JHC Specialised Solutions, to explore the possibility of using Aavid Thermacore’s technology in the ASKAP project almost four years ago. Over two years, we delivered more than 36 systems, each with a 1.2 metre diameter complex assemblies with embedded heat-pipes, thermo-electric fin-stack coolers, and heat transfer assemblies to CSIRO in Sydney, who then integrated them into the PAF receivers and dispatched them to ASKAP engineers on-site in Western Australia.

“Throughout the project, Aavid Thermacore provided ongoing support to CSIRO to help them implement the thermal management solution. There are lots of challenges that come with managing a project on the other side of the world, but we rose to meet them and we are delighted to have had our hard work recognised by CSIRO with a Recognition Award.”

As well as carrying out cutting-edge science in its own right, ASKAP is allowing us to test revolutionary new technologies for the Square Kilometre Array – an international project to build the world’s largest and most sensitive radio telescope. ASKAP’s home, the Murchison Radio-astronomy Observatory, is also located in the same region where the Square Kilometre Array telescope infrastructure in Australia is to be centred. In its first phase, this infrastructure will include thousands of low-frequency dipole antennas in what is called an aperture array. 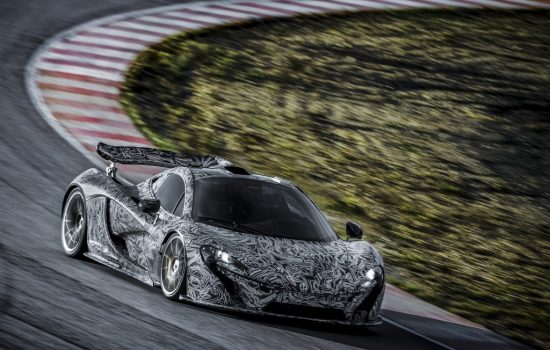