The 3D printing revolution is finally starting to move out of R&D and design labs, and into the manufacturing mainstream.

You only had to witness the scale of the 3D Printing and Additive Manufacturing Zone at the recent MACH 2016 to understand how far the technology has come.

James Selka, the CEO of the Manufacturing Technologies Association (MTA), the organisation behind MACH, said, “3D printing and additive manufacturing are becoming increasingly prominent within the industry. It is no longer a fledging technology, but an integral part of the manufacturing process.”

Over the past decade, 3D printing technology has principally been the preserve of R&D and design labs, greatly streamlining how prototyping and small batch manufacturing are carried out. James Selka’s contention that it is now ready for manufacturing primetime is endorsed by Simon Brandon, UK marketing manager at Stratasys – one of the world’s largest manufacturers of 3D printers.

“There is definitely a growing appetite within UK manufacturing,” Brandon said. “We are receiving more and more enquires regarding industrial applications such as jigs, moulds, fixtures and robotic end of arm tooling, and far fewer questions about what 3D printing actually is.”

At the heart of Stratasys’ stand at MACH 2016 was its brand new J750 3D printer, the only 3D printer to produce full colour, multi-material prototypes and parts in a single 3D print. Simon Brandon calls it a “game changer”, transforming the market and helping to accelerate product conception, design, decisions and delivery.

The J750 is capable of digitally mixing six resins and additional support materials at any one time, has a 360,000-strong colour palette and can print materials ranging from rigid to flexible, and opaque to transparent.

The UK sales manager at Stratasys, Alan Spence said that the J750 allows product developers to get ever closer to understanding what the final product will look and feel like prior to being manufactured.

“The requirements for realism are constantly rising,” he said. “The J750 allows companies to design and innovate better products, address design challenges more effectively and efficiently, and test iteration after iteration.” 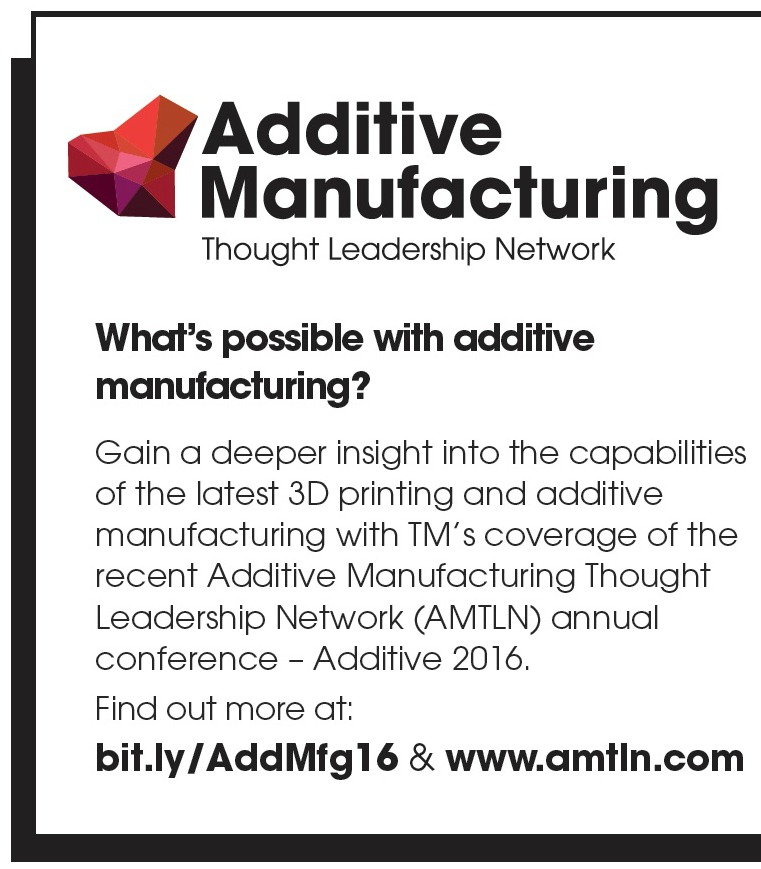 There is also a realisation taking place throughout industry, Brandon added, that 3D printing and additive manufacturing is no longer the preserve of of automotive and aerospace giants.

“We are currently on an upwards growth curve as people’s perceptions change, and that’s only going to get stronger,” he said. ”People are beginning to understand that not everything has to be cut out of steel, and they’re increasingly prepared to shift towards using plastics.”

Brandon also dismisses the notion that the rapid pace of change within 3D printing and additive manufacturing is putting off companies, especially smaller businesses, from investing in the technology.

“The core technology is relatively stable,” he said. “It’s on the materials side that much of the innovation is taking place. With ongoing support and periodic software updates, our printers will actually improve with time, rather than depreciate.”