Posted on 8 Sep 2017 by Jonny Williamson

Four out of five companies implementing AI have created new jobs because of AI technologies, a new report shows.

The consulting firm Capgemini has surveyed nearly 1.000 organisations with revenues of more than $500m about how they turn AI technologies into concrete value.

The research both counters fears that AI will cause massive job losses in the short term, as 83% of firms surveyed say AI has generated new roles in their organizations.

And it highlights the growth opportunity presented by AI, three-quarters of firms have seen a 10% uplift in sales, directly tied to AI implementation.

Executives from nine countries and across seven sectors were asked, and the survey found that four out of five companies (83%) have created new jobs as a result of AI technology. Specifically, organisations are producing jobs at a senior level, with two in three jobs being created at the grade of a manager or above.

Furthermore, among organisations that have implemented AI at scale, more than 3 in 5 (63%) said that AI has not destroyed any jobs in their organization.

Alongside the trend towards job creation at a management level, the report provides further evidence that organisations see AI as a means of reducing the time employees spend on routine and administrative tasks to enable them to deliver more value.

Most respondent organisations (71%) have proactively initiated up-skilling/re-skilling of employees to take advantage of their AI investments.

For those who have implemented AI at scale, the clear majority believe that AI will make complex jobs easier (89%) and that intelligent machines will coexist with humans within their businesses (88%).

Michael Natusch, global head of AI at Prudential, said: “What we really want to do is to use humans to the best of their capabilities. AI is taking away the time humans previously spent on repetitive issues and allowing them to focus on where human intelligence can drive value – for both themselves and for customers.”

Three-quarters of firms are already seeing a 10% uplift in sales since starting to use the technology. The customer experience is a big focus of AI adopters: 73% think AI can increase customer satisfaction scores and 65% believe it could reduce future customer churn.

Ron Tolido, chief technology officer for the Insights & Data Practice at Capgemini, said,“AI has the capacity to revolutionize every business in every market sector; its potential is broad and unlimited.

“However, we are seeing a large contrast between those who are rolling out applied AI solutions at scale and reaping tangible business benefits, versus those who are simply trialing the technology.” 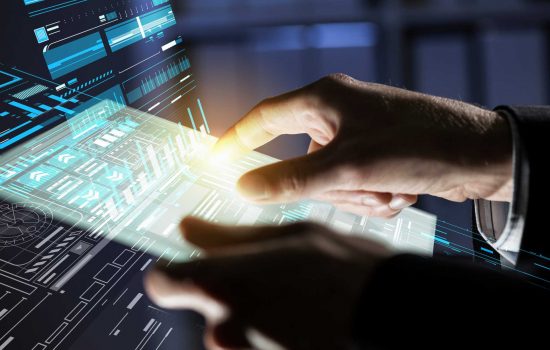 Time for manufacturing to focus