Are pay-as-you-go agricultural robots the future of farming?

As someone who grew up on a farm in Somerset, I can tell you that farmers are income-poor but asset-rich, if farmers can essentially rent agricultural robots and pay only for their labour, this could change the industry irrevocably.

Small Robot Company are hoping to do just that, offering up their agricultural robots or ‘agribots’ Tom, Dick, Harry and Wilma, on a pay-as-you go basis.

Ben Scott-Robinson, co-founder and Joe Allnutt, head of Robotics of Small Robot Company, sat down with The Manufacturer to talk about how they believe farming will be serivitized through their four-part agribotic system.

Scott-Robinson said: “If we can deliver a healthy crop at the end of the year, and for that we charge a certain amount per hectre, there is no upfront money, the farmer doesn’t have to worry about how reliable the robots are, they just pay per hectre. At the end of it all, the risk is on us.”

Currently at Small Robot Company, the system consists of, Tom (a crop and soil monitoring robot), Dick (a precision spraying and laser weeding robot), Harry (a precision drilling and planting robot), and Wilma (the operating system), each with their own roles but designed to work in tandem.

Scott-Robinson believes Small Robot Company are consumer-focused with its service first approach, he said: “We are very focused on the customer, we are coming into this to solve a problem for farmers with a service-model.”

He said the main driver behind the project is that farming as an industry, “is broken”. The amount of chemicals like fertilizer wasted, as he explained, has made the production costs of arable farming increase, while the profit margins remain the same.

Scott-Robinson said: “The damage to the environment for plastic pollution is $80bn, whereas the run off for farm chemicals is $800bn, it is ten times worse and is just unnecessary.”

Small Robot Company want to monitor crops on a plant-by-plant basis and minimise waste from excess chemicals, Allnutt added on the precision and practicality for farmers to do this manually, would be “impossible”.

Allnutt explained the detailed process of the robots and that there would be no other way to replicate their attention to detail, he said: “Tom is able to go out in to a field, take thousands of photos, know where it is and drive around autonomously. It has a GNSS system on the top, which locates it to two centimeters accuracy on the ground, and has lots of sensors for localisation, it has magnetometers and many encoders in the wheels that are very accurate.”

Robot Tom has fusion algorithms, which Allnutt explained fuses the data collected to give accurate detail for its exact orientation and location.

Allnutt said: “It has cameras which it uses to take thousands of photos of the crops that are growing, and then we can use these photos to inform our AI system to recognise problems or potential problems with crops.” 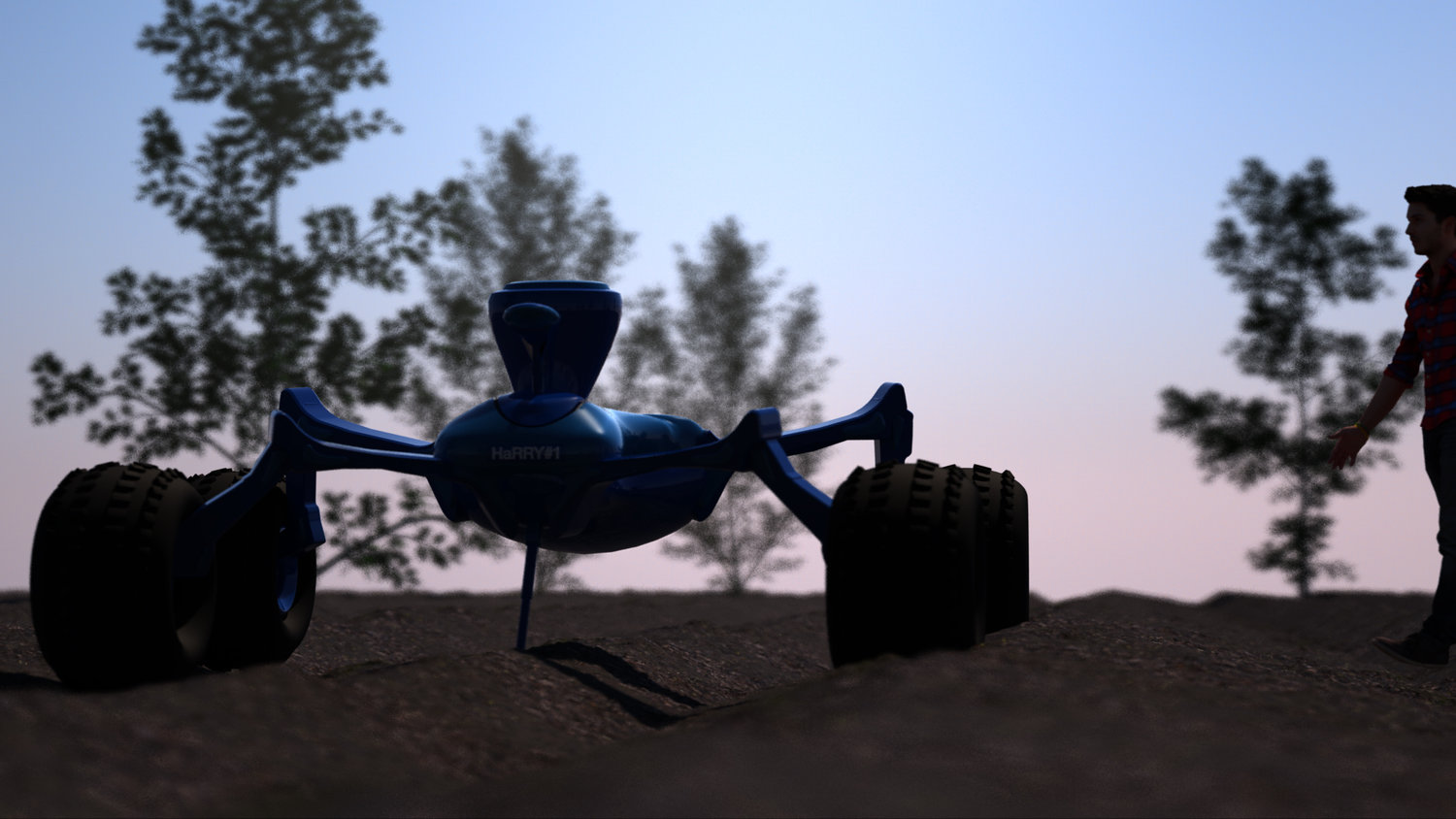 Scott-Robinson and Alnutt explained that at present, prototype Tom is complete with the other robots being constructed. They said that they have 20 farms willing to test out the systems across Britain, and many more interested both nationally and internationally.

Scott-Robinson concluded: “In the next five years we will be in market, we will be working on farms, we hopefully will be getting to our target which is 5% of the arable market in the UK and working in other markets like Canada and Australia.

“Our focus is on getting out there and hopefully starting to see this robotic farming strategy showing real benefits to farming, livelihood and the environment.”