Are UK manufacturers ready for servitization?

Where did the idea for the MSTLN come from and what is it all about?

Henry Anson: We have been running the Automation Advisory Board (AAB) now for two years, with the express aim of raising automation issues to a strategic, board level.

The intention was to use all of our media assets, print, web, social media and events to achieve this and recent results published in the Annual Manufacturing Report would indicate that this initiative is working.

We are absolutely passionate about the competitiveness and profitability of UK manufacturing and have become convinced via conversations with Tim Baines, anecdotal chats with senior manufacturers and reports like The Manufacturer Mega Trends Report from KPMG that manufacturing services present UK manufacturers with an opportunity to gain a competitive advantage over global competitors, via early adoption.

At the moment the concept of services or servitisation is a familiar one with the likes of Alstom, BAE and Rolls Royce but not so with the rest of the manufacturing community, hence setting up the MSTLN, copying the delivery channels currently used for the AAB.

Why is servitisation so important for manufacturers right now?

Tim Baines: The conversation about servitisation really started to gain traction through the last recession because manufacturers were looking for ways to defend their revenue streams, and they saw product sales falling through the floor, while services were more resilient, so they woke up to the idea that servitisation would help them build resilience into their business.

As we’ve gone through the recession and started to move into better times, manufacturers are now waking up to servitisation as an opportunity to actually grow their businesses.

HA: The customer, whoever that may be, is becoming less interested in the product than the service that product provides. This trend can only increase as the Internet of Things becomes more prevalent.

Services or servitization requires that manufacturers look at their entire business process, from end to end this will help businesses open new, longer term and more profitable income streams.

Is this something we’re starting to see across all sized manufacturing businesses? Or is this a model reserved for the larger operators?

Not all of them have been successful in developing a servitization strategy because of various circumstances, but we’ve had about 20 of the 50 which have really made some progress.

We’ve measured the growth value added achieved through these companies adopting servitization and it’s somewhere in the region of £6m collectively across the SME companies.

What are the main barriers holding manufacturers back from adopting the servitization model to their business?

TB: Well, don’t forget that the UK actually leads the world in adoption of servitization. But there are many reasons why this isn’t yet wholly pervasive: lack of awareness of the idea, lack of knowledge about how to make the transition – or resource to do so, and existing production-based mindsets in manufacturing are just some of them.

That’s why my work at Aston, and the work of the network to raise awareness is important.

How important is knowledge sharing between businesses in driving the servitization model?

TB: It’s very early days yet. We are in partnership with the Manufacturing Services Thought Leadership Network (MSTLN) and a big motivation with that is there is a need for the business community to get these messages sent across clearly with very little ambiguity and very much true to the idea. 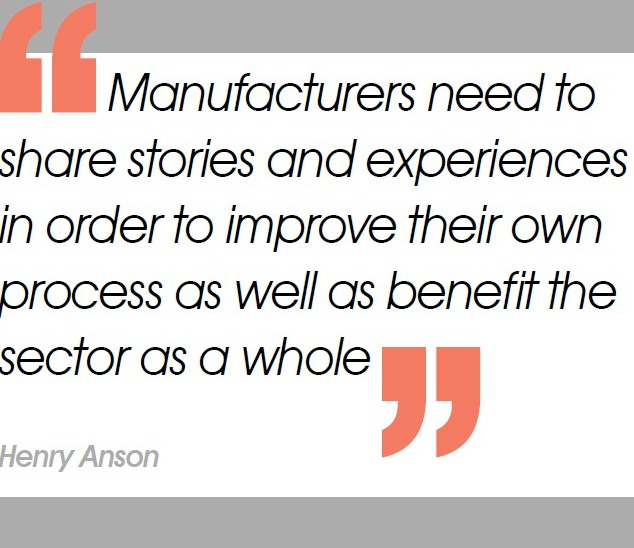 One of the worries is a diffusion of the concept. There are a lot of consultants out there who want to sell something new and this “servitization” phrase comes along which they haven’t seen before, which they don’t properly understand.

HA: The whole servitization model is still not widely understood and the pace of change and development is truly frightening. Manufacturers need to share stories and experiences in order to improve their own process, as well as benefit the sector as a whole.

How much stake should be put in the servitization model in the future growth of UK manufacturing?

TB: As a professor at a leading business school, I could have invested my time in any variety of topic areas, but I chose to invest myself 100% to servitization, and here at Aston Business School have been working this area now for four years.

Before that I was at Cranfield University where I worked for about five years in related fields. I am thoroughly convinced that it has a strong contribution to make to the future success of manufacturing in the UK.

It will take an awful long time for the ideas of servitization to be truly embedded inside of manufacturing companies, but I’m not going anywhere in a hurry.

The conversation has been going a little while now, but like any innovation, what you’re seeing at this stage in time is lots of threads. It’s really in the past 18 months that those threads have coalesced as one set of ideas about servitization.

And those sets of ideas are only owned by a few people. The job is one of engagement with the community about steering the proliferation of these ideas and getting these ideas out there.