Designing and using AI systems is complicated, not least because they may reflect the biases – unconscious, or otherwise – of its programmers. Maddy White reports.

Improving productivity and supporting innovation in the manufacturing sector is a multi-variable challenge, but the appropriate use of technology certainly underpins much of the effort.

IoT, big data, additive manufacturing, automation, 5G and virtual and augmented reality are all hot topics and central to advancing the benefits of Industry 4.0.

However, manufacturers have yet to fully embrace one technology that promises even greater revolutionary change – artificial intelligence, or AI.

What is artificial intelligence?

AI uses data from the past to recognise patterns and make predictions for the future. At its heart, algorithms run mathematical models through millions of scenario models, each with slightly different assumptions, and the system learns which differences lead to improvements and which lead to a dead end.

It does this in an endless optimisation loop, searching for the tweaks that could make a system faster, cheaper, less polluting or more efficient.

It’s a continuous process because the supply of data is continuous; new inputs feed the hunt for improvement, and as long as there is a supply of fresh data the AI system will keep making predictions about how to improve a process.

Naturally, the system’s predictions depend on not only substantial but also accurate data sets. Who inputs the data into these intelligent systems? People.

If humans are both the designers of AI and responsible for the data supplied, then the overall result could align with the unconscious biases of the designers and operators.

What’s the problem? Research indicates that the subconscious brain processes information up to seven seconds before the conscious brain kicks in. That means we may be unaware of why we make certain decisions, because our initial reactions are rooted in subconscious decision-making.

“In many ways, technology is an expression of how it has been programmed. If the AI programmer is unconsciously biased, the technology may also be inaccurate,” Dr Loubna Bouarfa, founder and CEO of Cambridge-based OKRA Technologies, an artificial intelligence data analytics company, told me.

That could cause problems. Communication is essential in the manufacturing industry, so using AI to streamline communications could be very useful in predictive maintenance and connecting a company’s global workforce.

However, inputting qualitative data into machines, for example, could lead to skewed data sets. The subjective parameter, ‘how well is a team or machine operating’, could be open for debate.

Take a simple example like Google Translate. It, along with other digital translation tools, isn’t always accurate because language cannot be translated without context, which is often lacking in a simple text-based translation algorithm. Communicating across a global workforce can, therefore, be precarious, as words and phrases mean different things in different languages.

Using AI to translate contracts and SOPs for machinery could at best lead to amusing errors, but more seriously it may become problematic – offensive or even dangerous.

For example, in the Turkish language, there is one gender-neutral pronoun, ‘o’, which represents the third-person singular – ‘he’, ‘she’, or ‘it’. When Google Translate switches from Turkish to English it must guess whether ‘o’ means he, she, or it. Those translations have – as widely reported – revealed the algorithm’s glaring bias in matching occupations to gender.

Dr Caroline Chibelushi, an AI expert at the Knowledge Transfer Network (KTN), Innovate UK’s network partner, told me why it is very important to continue to train AI in manufacturing.

“In manufacturing, when we design AI tools, we must make sure that they communicate and collaborate with the humans who are responsible for that factory. An AI tool is something you need to train. Why would we design something and not continue to train it and talk to it, if that is what will enable best practices?”

AI needs to be trained

Machines can indeed learn how to operate without human biases if constantly trained and tested with unbiased data inputs.

But this is no easy task, because it means constantly updating and training AI systems to make sure that stereotyping on race, language and gender do not creep their way into the system.

“AI creation should be collaborative, it needs people to actively oversee, update and train designers and operators to reduce and minimise bias where possible.”

For instance, consider facial or voice recognition systems. This technology is increasingly being adopted into products, processes and services, and designers should ensure that it works properly with not just Caucasian faces, or certain accents.

This requires training the computer vision or voice system with faces and voices of a diverse set of races, genders and accents. Eliminating all bias is very difficult. Not everyone agrees what it is, or the best way to overcome it, but that is no reason not to try.

The potential for artificial intelligence is multitude

The potential for AI is extensive, AI offers numerous benefits to manufacturing, society and businesses across all sectors, including enhanced production and an intelligent system that offers accurate predictive maintenance, enabling faster problem solving and reduced downtime.

“The future for AI is very, very bright,” Caroline Chibelushi says, “but I think people must realise that you don’t just push a button and then it works. The other thing that people need to understand is that AI is not going to take anybody’s job, because AI is there to advise and assist.”

Loubna Bouarfa adds: “I have faith that AI will be seen for what it is – a mathematical tool that enables humans to speed up and improve the accuracy of certain tasks, which not only frees them up for more creative work, but also improves human lives in the process.”

There is no reason why AI cannot be adopted and successfully used at the forefront of many sectors, including manufacturing.

However, its richness and complexity means that care and thought in implementation and system training is vital.

Manufacturing operations are becoming smarter, and introducing AI has vast potential to further propel networks and production processes. However, AI will only ever be as good as its human creators. 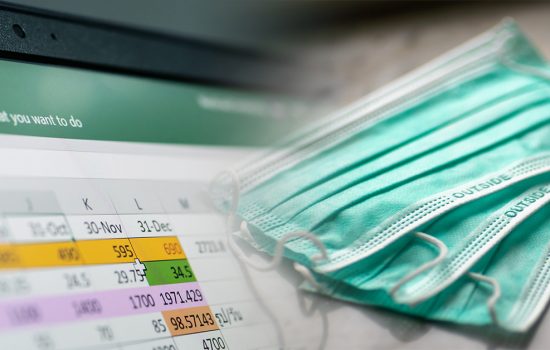