A driverless shuttle, owned by Solihull Council and designed and built in Coventry, made its debut in the grounds of a UK airport for the first time this week.

Aurrigo, which employs over 70 people at its Advanced Engineering Centre, will deploy its 10-seater Auto-Shuttle alongside live traffic on the roads of Birmingham Airport.

The company has mapped out a route that will initially transport staff from the Departures entrance and Diamond House to Car Park 5, with the potential for the trial to be extended to passengers later this month.

The zero-emissions autonomous shuttle uses a suite of sensors, including LiDAR, to understand its surroundings and move safely around its environment.

For the purpose of testing, and in line with current legislation, a safety operator will be on-board at all times, whilst the shuttle can also be manually driven with conventional controls to give the ultimate in operational flexibility.

This latest project is an exciting Solihull Council-led initiative to test how Connected Autonomous Vehicles (CAVs) might be integrated into the borough’s transport network in the future and follows a successful trial at the National Exhibition Centre last year. 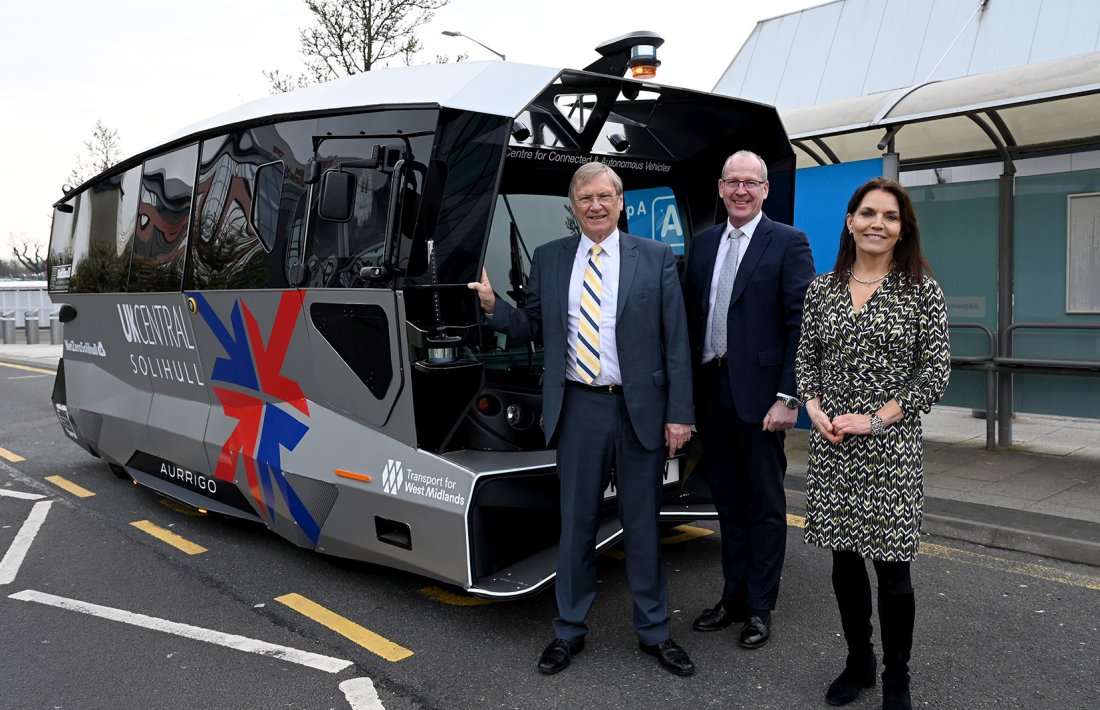 Miles Garner, Sales & Marketing Director at Aurrigo, explained: “We are delighted to be working with Solihull Council again to deliver another milestone, with Birmingham Airport becoming the first ever Airport to test our autonomous shuttles passenger side on their roads.

“Aviation is a major opportunity for Aurrigo, with a genuine desire to find new technologies that can improve the passenger experience. This could be through our driverless shuttles, our Auto-Sim modelling software or it could be through our Auto-Dolly cargo/luggage dolly that can replace the traditional tugs that are commonplace in airports all over the world.”

He continued: “We are currently working on projects at Changi Airport in Singapore and Gerald R. Ford International in North America, putting the UK on the global map for autonomous technology deployment.”

Nick Barton, Chief Executive of Birmingham Airport, added his support: “Autonomous technology promises enormous benefits to airports and the service companies that support them, with the potential to transform the way we work and improve efficiency and safety for passengers, staff and other airport users.

“We are really excited to be working with Solihull Council on this trial, which will provide us with invaluable insight into how we can start to safely incorporate CAVs into our vehicle fleet.

This trial of fully electric vehicles, and testing their capabilities on site, is making sure we are working towards our net zero carbon target by 2033.”

Aurrigo has been creating headlines in the aviation sector after using its Auto-SimÒ technology to help Changi Airport in Singapore with development work on a new terminal.

The company, which was founded by brothers David and Graham Keene nearly 30 years ago, has also used its in-house software, technology and engineering expertise to develop the Auto-DollyÒ, a new autonomous luggage and cargo system that has the potential to deliver 60% carbon savings for airports.

It is anticipated that the digital twin modelling work could prove the business case for these dollies to replace conventional diesel-powered luggage and cargo tractors and trailers by two thirds.

Councillor Ian Courts, Leader of Solihull Council, concluded: “CAV technology has the potential to revolutionise the way we get around our towns, cities and rural areas as well as transport goods. I’m excited that we are the first Council in the country to purchase our very own zero-emission, road-legal, shared use Connected Autonomous Vehicle and we are keen to put it to use.

“This project is all about looking at how we can practically and safely start to incorporate autonomous vehicles into our future transport infrastructure. Already one of the best-connected destinations in the UK and Europe, Birmingham Airport is the perfect place to trial our shuttle providing us with a busy but controlled environment in which to gain further real-world operating experience.”

This project forms part of the wider West Midlands Combined Authority (WMCA) funded UK Central investment programme, which is delivering a wide range of projects, from walking and cycling improvement schemes through to town centre redevelopments and build on the establishment of the Midlands Future Mobility testbed. 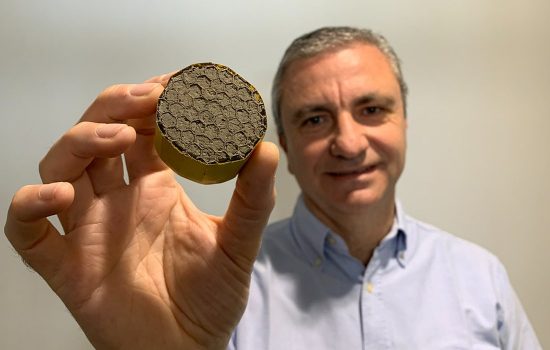