Automation – a new perspective on an age-old issue

Automation and robotics provide the means to transform the productivity and global competitiveness of UK manufacturing, but only if long-standing barriers to adoption are finally overcome. Jonny Williamson reports.

Almost a decade ago, within the pages of The Manufacturer, I summarised what was said during a panel discussion on ‘Automation: The Great British Enabler’ held at The Manufacturer Directors’ Conference [now Leaders’ Summit].

For context, 2013 had seen the highest number of industrial robots ever sold in a single year – 178,132 units, up 12% year-on- year. Robot installations in the US increased by six percent, Germany by four percent and China became the world’s largest robot market. In that same year, UK robot installations fell by 16%.

During the discussion, the panellists debated why the UK continued to be among the lowest users of robotics automation compared to other leading technology nations. Their responses centred on an absence of skills, finance, awareness and support, with small businesses being the most affected.

Shortly after the event, I interviewed Mike Wilson, the author of a new book which offered practical advice on how businesses could successfully integrate robot systems.

Wilson told me: “Many UK companies don’t think robots are appropriate to them, they believe them to be too difficult or complicated for their operations and they also don’t know how to go about investigating and buying this type of equipment.”

The seven years since have brought Brexit, COVID, half a dozen Business Secretaries, the rise and fall of an Industrial Strategy, the Made Smarter programme, and numerous Treasury initiatives. All of which have influenced capital investments made by UK businesses – exactly how much, how widespread and for how long remain unclear.

Despite the global pandemic, sales of new robots in 2020 surpassed that of 2019. Industrial installations in the UK were up by eight percent. Yet, its shipments were about ten-times less than Germany, four-times less than Italy and half that of France.

Progress is happening, but at a glacial pace. The UK remains well outside the top 20 for robots installed per 10,000 employees and lags behind in productivity as a result.

If the UK is to reach its target of doubling the contribution of manufacturing to the economy by 2030 and of reaching £1tn in exports annually by the mid-2030s, then automation and robotics must be more widely adopted.

How to achieve that has been outlined in a new report compiled by experts at the Manufacturing Technology Centre (MTC) and the Industrial Policy Research Centre, Loughborough University.

Mike Wilson, now Chief Automation Officer for the MTC, is one of the report’s principal writers. The author and former Chair of the British Automation & Robot Association (BARA), and the International Federation of Robotics, believes a stepchange in adoption holds the key to reversing 50 years of industrial decline.

According to Wilson, the return of a strong manufacturing base would increase investment and employment and improve the prosperity of the country, particularly in more deprived areas.

“[Additionally], the pandemic has exposed the weakness of our extended supply chains, leading to increasing recognition of the need to improve resilience within our manufacturing by increasing local content by reshoring production capacity,” he adds.

The combination of reshoring and the proven efficiencies automation provides will also be critical to the UK reaching its goal of becoming a net zero economy by 2050. However, Wilson warns that a significant expansion of manufacturing capability cannot be achieved using current methodologies, “largely based on manual labour and obsolete equipment.

“Firstly, the labour isn’t available, and this situation is unlikely to change as we cannot bring in a large workforce as we have done in the past. Secondly, this approach would not produce goods that were competitive in comparison to our overseas suppliers, which must be achieved to grow exports.”

The established approach to grow manufacturing is to look to new, advanced technologies. An alternative and much less risky approach, Wilson says, is to look at what businesses can do today to ensure they can compete in the global marketplace.

“[Robotics] is not a new technology, the solutions are available and proven… the challenge in the UK is adoption.”

The report has identified four key issues that would assist and accelerate the future adoption of automation and robotics should they be rectified. You won’t be surprised by the four categories – skills and education, finance, awareness, and support.

By implementing the report’s recommendations, the authors hope to finally lay these enduring issues to rest.

Skills and Education: The lack of knowledge and skills within manufacturing to procure, implement and operate automation and robotics systems is a major issue.

Expert Insight: “There are some good educational offerings and opportunities, but the overall structure is fragmented and there is no apparent consensus on what industrial robotics looks like from an educational, or indeed from an industry, perspective,” Professor Phil Webb, Cranfield University.

Finance Expert Insight: “Investment has been both lower and slower as a result of recent events creating a potential reserve of funding for improved investment levels moving forward. The cost of credit also remains low, allowing firms to access additional funding in cost effective ways and to enable investment in a way that preserves working capital and further aids business resilience,” David Atkinson, UK Head of Manufacturing, Lloyds Bank.

Support Expert Insight: “Manufacturers need access to trusted support to evaluate which parts of the business are most ripe for automation and robotics and to help to develop the business case for investment,” Professor Sam Turner, CTO, High Value Manufacturing Catapult (HVMC).

The Manufacturer caught up with Mike Wilson to understand more about the report’s recommendations:

Would extending the reach of the Made Smarter programme provide specific encouragement for SMEs to adopt automation and robotics technology? 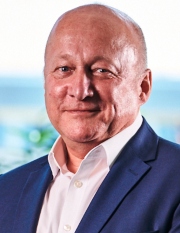 The Made Smarter North West pilot was expanded to the North East, the West Midlands and Yorkshire in March 2021. Rolling the programme out nationwide was always part of the proposal, but the government has been unable or unwilling to extend the programme on that basis.

If it did, leveraging the existing infrastructure and resources of the High Value Manufacturing Catapult would deliver a national programme more quickly and at a lower cost.

What can be done to address the fears of automation-related job losses?

The popular press often reports robotics as a threat to jobs, but this is often due to a lack of clarification between robot process automation (RPA) and industrial robotics. RPA is essentially software bots that have been developed to undertake clerical tasks, which may have an impact on white collar roles. Industrial robotics is very different.

Various papers have forecast a significant impact on jobs, but the largest impact is RPA related. We’ve seen a reluctance on the part of politicians to engage in supporting the cause for automation largely due to this fear of a negative impact on employment. Dispelling the myth should result in greater political support.

Studies have shown that manufacturers prefer to, and indeed have the funds, to self-finance projects. This would suggest access to finance isn’t a leading barrier to adoption.

Access to finance isn’t the barrier – an unwillingness to invest is. We need to reach the point where financial directors understand the benefits of adoption, the long-term competitiveness it creates, and are actively asking their engineering and manufacturing directors why they aren’t submitting business cases for investment.

Regarding building on and extending existing networks to enable greater cross-industry collaboration; is part of the problem the number and diversity of existing networks leading to a fragmented, albeit well-intentioned, landscape?

It is, so we need to ensure that activities are less siloed. Industrial robot communities (educators, researchers, vendors, users) rarely speak with service robot communities. Knowledge and expertise aren’t being shared, despite the two sectors increasingly using similar technologies, such as vision recognition and AI.

We believe in establishing robotics clusters, based around local centres, which would encompass all robotics activity, without divisions by sector or technology, and share solutions, experiences, skills and expertise. These local centres would be brought together under a national robotics body.

The concept is based on a successful approach in Denmark which has produced globally successful robotics businesses, a much higher adoption rate and strong pipelines of both skills and start-ups.