Automotive Electrification: The UK can lead the world in zero emission tech

Posted on 4 Jun 2021 by Jonny Williamson

Whether the UK government achieves its goal of zero emissions motoring by 2030 or not relies on three I’s – investment, incentives and infrastructure. With patchy progress to date and time fast running out, the inaugural SMMT Electrified conference brought together automotive manufacturers, ministers and key stakeholders to discuss the requirements for delivering a net zero transport system fit for the future.

A significant part of the UK government’s strategy to reduce greenhouse gas emissions is the demanding target it has set for the automotive industry.

As Mike Hawes, CEO of the Society of Motor Manufacturers and Traders (SMMT), explained: “It is a more onerous target than has been set for any other industry in this country. Tougher than those set for aviation. Harsher than those for construction. More demanding than those set for the energy sector, the sector which is to power our electric vehicles.”

He continued: “Net zero forms a key plank in the government’s Plan for Growth. Yet for other sectors, the narrative is ‘working with industry’; for automotive, the policy is just ‘end the sale’. So, government seems to have the automotive industry in its sights, but it seems to have lost sight of one vital player in this deal – the consumer.”

SMMT believes that the only way to succeed is if consumers view electric vehicles (EVs) as affordable, convenient and the right choice for them – something which relies on providing the right incentives and infrastructure to charge them.

Both of which are currently lacking, according to Mike, who noted that we can appeal to the good nature of consumers and their desire to save the planet, “but that won’t transform a market”. 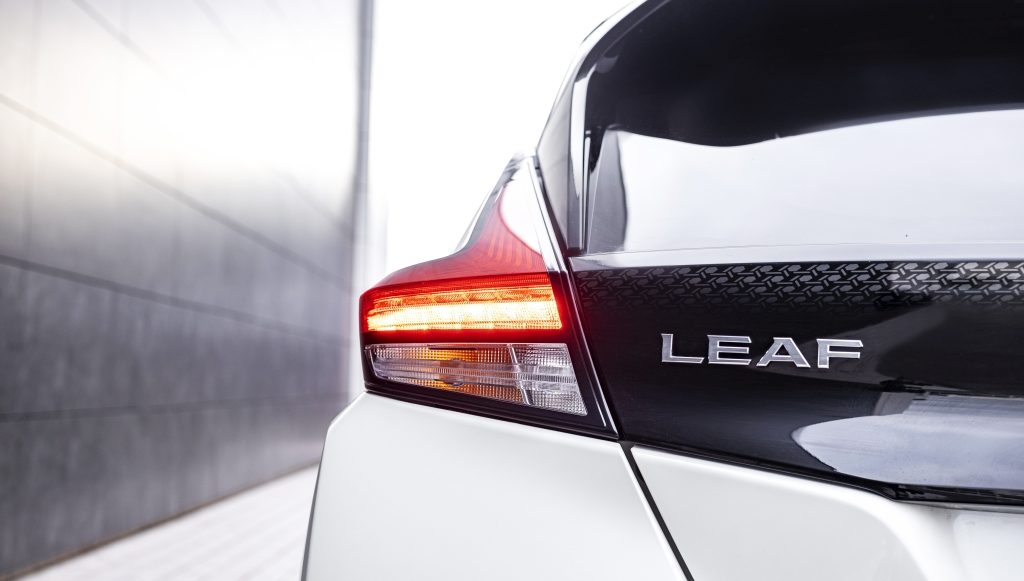 In 2021, Nissan launched the LEAF10 to mark 10 years of the first mass-market electric car IMAGE: NISSAN

Mike went on to describe the ownership experience to date as being “not so much a race to zero as a game of snakes and ladders”.

He explained: “Declare a 2030 end of sale date and align the industry – climb the ladder. Cut Plug-in Car and Van Grant – slide down the snake. Increase rapid and ultrarapid charging on major roads – climb up another ladder. Reduce home charging grants – slide down another snake. Secure favourable trade terms in Brexit and announce funding for automotive industrial transformation – climb up that next ladder. Abolish Go Ultra Low, ignore road transport decarbonisation and infrastructure needs in your budget? Slither back down again.”

This sends the wrong message to investors, Mike noted, adding that when other markets are increasing incentives, the UK shouldn’t be cutting theirs.

Indeed, this continuous chop and change may be a factor in the 44% of drivers who don’t believe they’ll be ready to buy a full electric vehicle by 2035 and the 24% who can’t ever see themselves owning one.* Those are worrying figures, particularly in light of the billions of pounds invested in new technology by manufacturers, both established and newly emerged.

At the time of print, there are 150 models available, with plug-ins accounting for one in four new car models and one in 10 powered purely by electricity. Despite the rising popularity of EVs, charging remains a major concern for many drivers (second only to higher purchase prices).

‘Charge anxiety’ has now replaced ‘range anxiety’, according to Jonathan Goodman, UK Chief Executive of Polestar, a Swedish automotive brand. That’s not surprising when you consider that one in three households don’t have a driveway or a designated parking space, and one in 10 existing charging points doesn’t work (in the Netherlands, that figure is <1 in 100).

It was clear to Andreas Krüger, Head of E-Mobility for Volkswagen Passenger Cars, that “government must match industry’s ambition with infrastructure and investment”. In his keynote the Transport Secretary, Grant Shapps, bullishly described the country’s charging network as “world-leading” and highlighted the “rapidly rising number of chargepoints”.

The government has set aside £2.8bn to support a greater uptake of zero emission vehicles; almost half of which is intended to accelerate the roll-out of EV chargepoints in homes, streets and on motorways across England.

While welcome, this is a fraction of what is required. SMMT analysis shows that at least £16.7bn is needed to get the UK’s public charging network ready for mass EV adoption, with more than 500 new charge points needed every day between now and 2035. 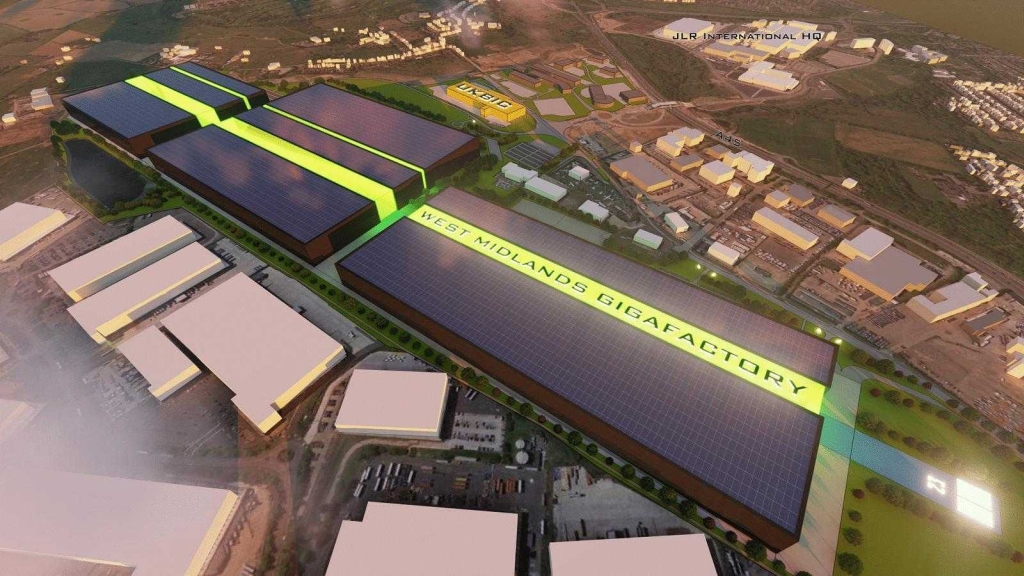 Coventry City Council and Coventry Airport have submitted a planning application for a gigafactory in the West Midlands. If successful, the site could be operational by 2025 and create more than 4,000 jobs IMAGE: CCC&CA

As businesses, industries and UK plc look to build back from COVID-19, now is the time to be ambitious, urged the Transport Secretary. It’s hoped that the department’s “comprehensive decarbonisation transport roadmap”, due to be published later this year, will provide more detail around what those ambitions are and how they will be realised.

Setting aside the mass adoption of EVs, there are still many unanswered questions, the phasing out of diesel HGVs and the strategy for achieving zero emissions public transport being just two.

The discussion on charging infrastructure, or lack thereof, segued neatly into a panel discussion on whether the energy system can support an escalated uptake of EVs. 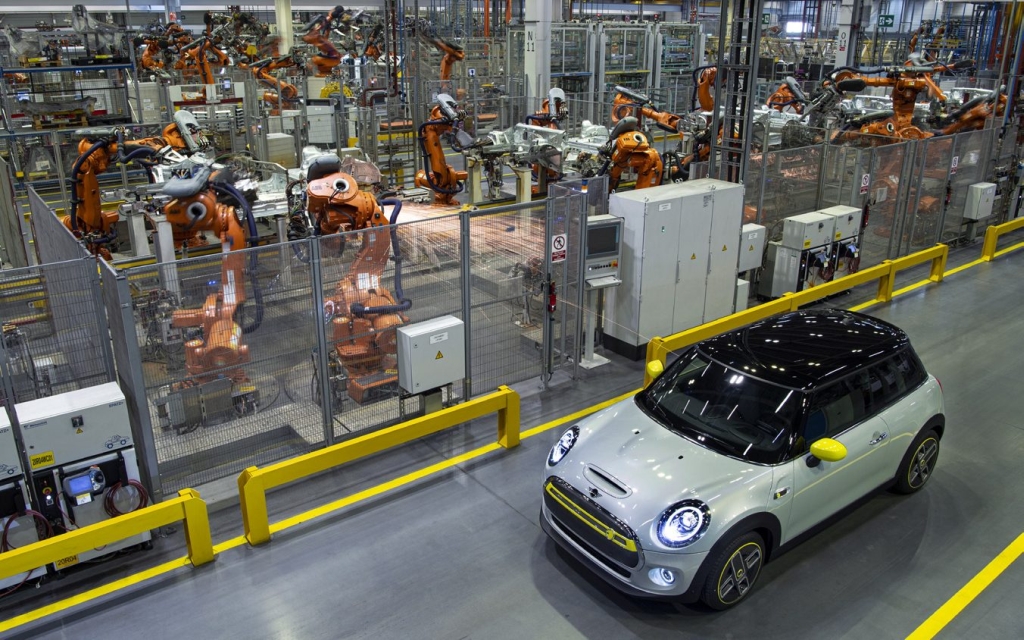 The MINI Electric inside the factory in Cowley, Oxford, where a MINI is made every 67 seconds IMAGE: BMW MINI

The automotive industry is becoming intrinsically linked with the utilities industry, with Volkswagen’s recent decision to establish an energy supply business clearly showing the blurring line between the two sectors.

As Philip New, Chief Executive of the Energy Systems Catapult, noted: “The battery will be linked to the energy sector in a way that fuel tanks were never linked to the oil sector.”

Energy UK Chief Executive, Emma Pinchbeck, commented how better collaboration and information sharing within the utilities sector would greatly help accelerate progress, with siloed, disparate data a particular problem – something many manufacturers will be familiar with.

Improved collaboration could also help overcome the similarly disparate charging network, with a lack of cross-compatibility  necessitating a myriad of apps, cards and accounts. A far cry from the seamless customer experiences drivers are waiting for. A key part of that seamless experience may come from so-called ‘smart charging’, i.e. using real-time information to determine the best time for your car to charge. However, the jury is still out. The chief concern is that by avoiding peak demand times, smart charging simply shifts it to another time or, worse still, creates another peak.

As to whether the national grid can handle a mass adoption of EVs and the resulting energy needs, renewables were largely viewed as being crucial – particularly offshore wind power. Already a world leader in this space, this is an area that offers real potential for the UK to grow its dominance in. The government has pledged £60m to upgrade the country’s offshore wind capacity, with the aim of increasing production from 30GW to 40GW by 2030 – enough electricity to power every UK home. 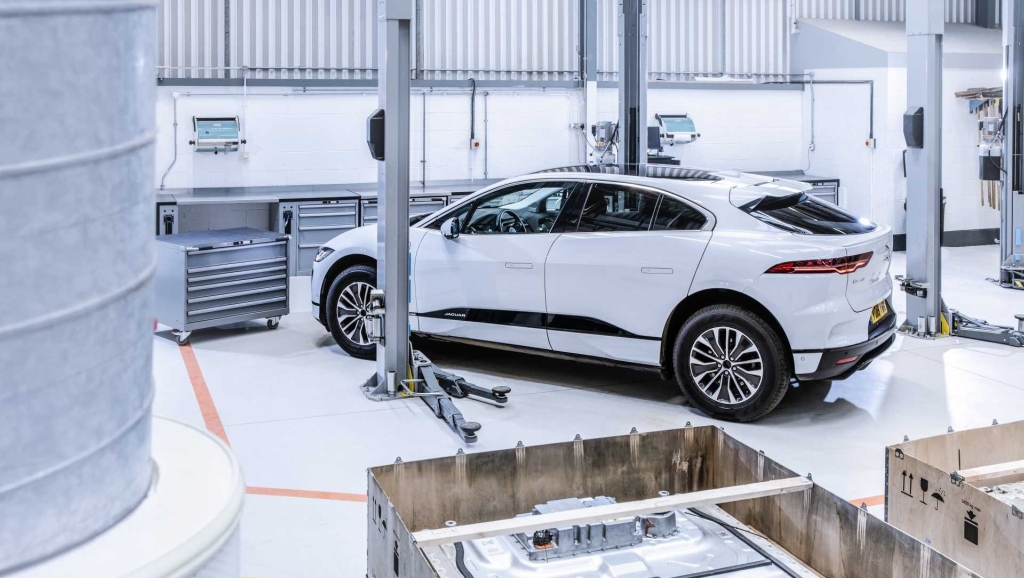 Another significant growth opportunity lies in taking what has worked so successfully for wind power – focused R&D, engineering and technology progress, scaling the supply chain, cultivating investor confidence – and applying it to battery production.

The pioneering UK Battery Industrialisation Centre (UKBIC) is aiming to help achieve exactly that. The £130m facility is part of UKRI’s Faraday Battery Challenge and intends to provide the missing link between battery technology and mass production.

UKBIC’s Commercial Director, Ian Whiting, explained that the open-access facility “enabled companies to prove whether their promising technologies, from electrode and cell materials through to battery modules and packs, can be manufactured at the required volume, speed, performance  and cost to be commercially successful”. Additionally, runner lines can be built at UKBIC, enabling companies “to prove higher throughput production in early stages while building their own production lines,” he added.

It’s also hoped that UKBIC provides a stepping stone for the development of a series of gigafactories – large-scale battery technology plants for EVs. Though several such sites have been proposed, start-up Britishvolt is the only company to have confirmed a location after acquiring the rights to a site in Blyth, Northumberland.

Britishvolt’s total investment for the gigafactory is £2.6bn making it the largest industrial investment in the North East since Nissan’s arrival in 1984 and one of the largest-ever industrial investments in the UK. By the final phase of the project in 2027, it hopes to be employing 3,000 highly skilled people and providing up to 5,000 jobs in the wider supply chain. Construction is due to begin later this year, with production scheduled to begin by the end of 2023.

But with limited land available and the high cost of construction, energy and land compared to elsewhere, why choose the UK?

“Well, why not?” noted its Chief Strategy Officer (and UKBIC’s former Director of Business Development), Isobel Sheldon OBE. The UK has a world-leading R&D ecosystem, a strong automotive manufacturing sector, a track record of “greening up the grid”, an ambitious target to focus on and a willingness to achieve it, she noted.

With the economic business case marrying up to the environmental, the pace of evolution regarding automotive electrification is ferocious. Such a pace leaves little time for exploration and consultation.

We are in a make or break decade as to whether the Paris Climate Agreement and 2030 net zero commitments are met. Doing so will require a tremendous, collaborative effort from researchers, industry, government and society.

It won’t be easy and there will be speedbumps along the way, yet the incredible feats of engineering involved in delivering ventilators and vaccines, not to mention the supply chains spun up to produce and distribute them, prove what’s possible when stakeholders at every level unite behind a common purpose.