One of the UK’s leading manufacturers of round, flat and profile wire is throwing its weight behind a project that is aiming to provide a Christmas gift for every child in poverty in Dudley, Sandwell, Walsall and Wolverhampton.

Alloy Wire International (AWI) has pledged £5000 to Santa’s Black Country Toy Appeal and is now urging more companies and individuals to get behind the festive push that is looking to support nearly 105,000 kids.

Over 10,000 presents have already been bought or donated, but that’s just a fraction of what the charity wants to achieve, and time is running out if local people and businesses don’t step in to help.

“When we heard about the amazing work the appeal is doing, we had no hesitation to make it the latest beneficiary of our ‘Wired for Good’ campaign that seeks to support local charities,” explained Mark Venables, Chairman of Alloy Wire International.

“The cost-of-living crisis is really affecting Black Country families and it is so distressing to hear that nearly 105,000 children are living in poverty and, potentially, not going to have any gifts this Christmas.”

He continued: “We’ve donated £5000, but the appeal needs a lot more than that, so we are urging other Black Country companies to get on board to help it eclipse last year’s efforts.” 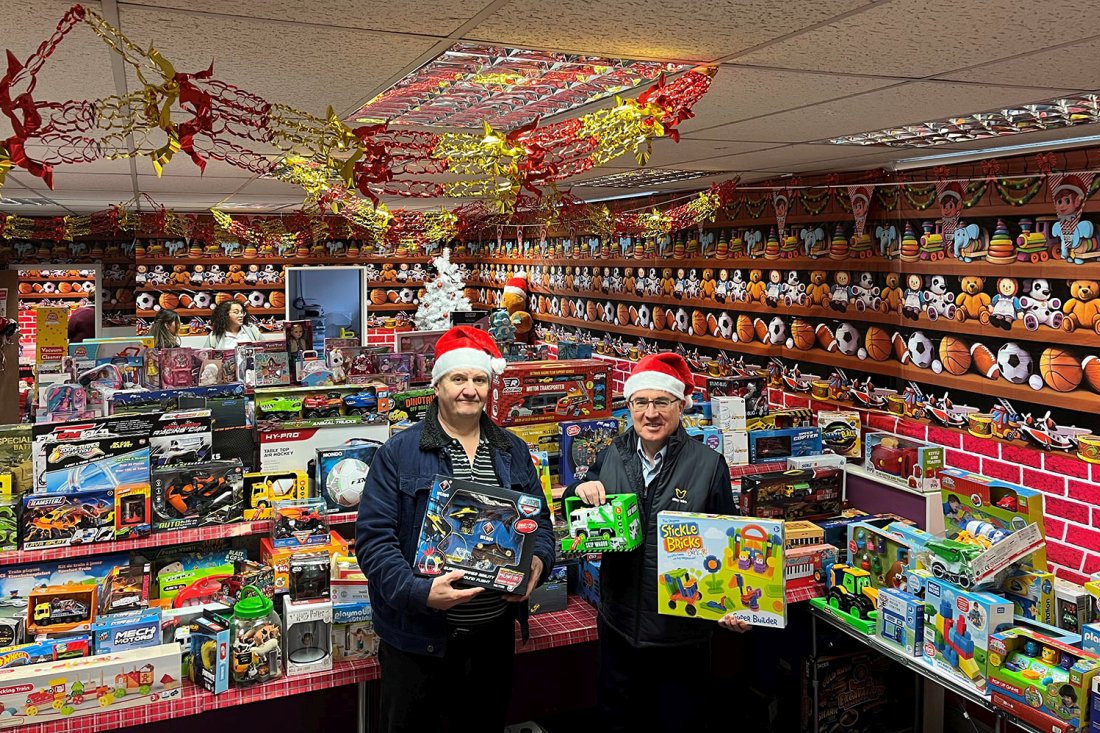 Santa’s Black Country Toy Appeal emerged from the success of Operation Santa Dudley Borough and is run by five trustees and a team of volunteers who help to buy, wrap and deliver the gifts.

The charity, which is based out of rented offices in Brierley Hill, has this year branched out to support children in Sandwell, Walsall and Wolverhampton and works by encouraging local community groups to put forward 20 children who they would like to help.

In addition to financial support, the organisation can also accept donations ranging from toys and games to colouring books and children’s clothes. These can be delivered to more than 20 different drop-off points across the area.

“We’ve never ever seen demand like we’re seeing this year, so really need companies and individuals to get behind us.

“In addition to the gifts we provide, we have also created an old-fashioned Grotto at Brierley Hill Market, where families can meet Santa and receive a present for just £3. This is proving hugely popular.”

He concluded: “We don’t just operate at Christmas; in fact, we are helping families all year round and desperately need a better location to run our operation from.

“With this in mind, we are also asking if any Black Country organisations, who might have some spare space, might consider hosting us next year.”

To mark its 75th anniversary last year, AWI launched its ‘Wired for Good’ campaign, which looks to support local good causes and charities.

This has seen them donate £30,000 between Mary Stevens Hospice in Stourbridge, the Chris Westwood Charity for Children with Physical Disabilities, the Giving Hands Mission and Acorn’s Children Hospice.

The Santa’s Black Country Toy Appeal is the first of a tranche of new groups the company has agreed to support over the next twelve months, with more recipients set to be announced shortly.

If you would like to donate or get behind Santa’s Black Country Toy Appeal, please visit www.bc-santa.co.uk or follow www.facebook.com/santasbctoyappeal