A UK musical instrument manufacturer has used a little bit of clever PR work to get its unique brand noticed - at the cost of a few red faces at its local newspaper. 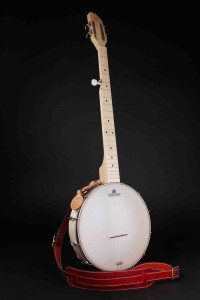 The Norwich-based banjo manufacturer issued a spoof press release on April 1, about its plans to build a 50-metre-high-banjo sculpture which would be visible for five miles around the city.

The Great British Banjo Company, which has only two full-time staff, hoped at best to amuse its followers on Facebook and Twitter. But the company also sent its story to local newspaper the EDP (Eastern Daily Press) and eight days later the story appeared as a page lead in the paper’s business supplement.

The story has subsequently been covered by The Guardian, as well as by regional news website Hold The Front Page and even US media ethics site iMediaEthics.

The banjo company is Britain’s first production level banjo manufacturer in more than 60 years and made headlines last year when it raised almost £50,000 for its Shackleton banjo on the crowdfunding platform Kickstarter.

Founder and managing director Simon Middleton says he didn’t expect the story to take off.

“We had posted the ridiculous idea of a 50 metre banjo sculpture on social media and almost as an afterthought we sent it to the paper. The story was packed with clues that it was a spoof, including saying that sculptors Anish Kapoor and Anthony Gormley were involved. And it was clearly marked April 1st.

“The EDP published their own April Fool story on the 1st, about a Nessie type monster being found in the Norfolk Broads. But for some reason they fell for ours. They contacted us to ask if it was a spoof and we confirmed that, sadly, it was. But somehow it later got through and appeared in the EDP on April 9th,” said Middleton.

“We’ve apologised because we didn’t mean to embarrass anybody, but we have to admit the media attention has been priceless for a little banjo company like ours, and after all the paper published its own April Fool, so we hope they took ours in good heart.”