Bentley Motors has announced that production has started on the all-new Bentayga Extended Wheelbase at the company’s sustainable factory campus in Crewe. In parallel, Bentley confirms Type Approval and a set of performance figures that delivers the renowned effortless luxury of a Bentayga, without compromise.

Bentayga Extended Wheelbase (EWB) increases the Bentley range to five models, the result of a nine-figure investment to create the best rear cabin experience since the Mulsanne. It builds on the strengths of the Bentayga, a car that defined the luxury SUV sector at launch in 2015. Following its debut earlier this year, the EWB accounts for approximately 40 per cent of total Bentayga orders and further cements the model as Bentley’s best-selling.

To complement this performance with an unrivalled cabin, the extension of the wheelbase of the Bentayga by 180 mm includes changes to the underfloor, side panels and roof. The increased length is all in the rear door, creating an exceptionally luxurious rear cabin that is larger than any other luxury competitor. This allows an emphasis on wellness, with the introduction of the world’s first auto climate and advanced postural adjustment rear seat. 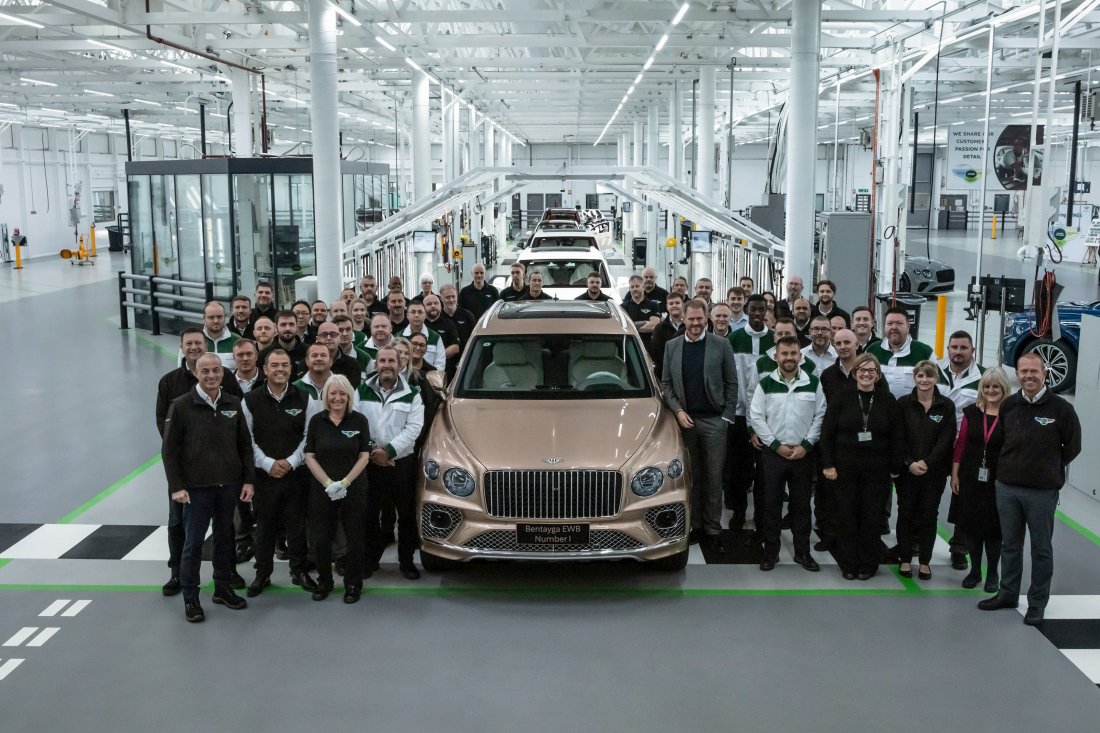 Chassis and powertrain refinements include Electronic All Wheel Steering and Bentley Dynamic Ride as standard, reflecting the dynamic abilities of the Bentayga that have already won critical acclaim.

Peter Bosch, Member of the Board for Manufacturing at Bentley Motors, said:

“The new Bentayga Extended Wheelbase is the next chapter in the Bentagya story which, since the original luxury SUV came to market in 2015, has transformed the sector and resulted in record sales. At Bentley, we collaborated with our customers to stretch the class-leading SUV’s breadth of ability even further, leading to a rear-cabin experience comparable to the legendary Mulsanne.

“In our Crewe, U.K. Dream Factory, we combine the highest levels of innovation, craftsmanship and sustainability. Each car produced contains leading  technology and is an artisanal piece of art, handcrafted using only the finest of materials, in true Bentley fashion. As part of the Bentley experience, our first EWB customers significantly personalised their orders and we are proud to now deliver the first highly bespoke cars of our new sector-defining pinnacle model.”