Posted on 3 Aug 2021 by James Devonshire

The state of the art, environmentally friendly new HQ, Orbit House, will be home to 500 space engineers and experts and underlines Airbus’ continued investment in British space capability. In total, the company has more than 3,000 skilled workers across its main UK sites including Stevenage and Portsmouth.

Prime Minister Boris Johnson said: “Seeing the beating heart of space manufacturing here in Stevenage shows that we have a world leading industry. I welcome the opening of this incredible new facility which underlines Airbus’ confidence in the UK and our space sector, and the role that the business is looking to play in its future.” 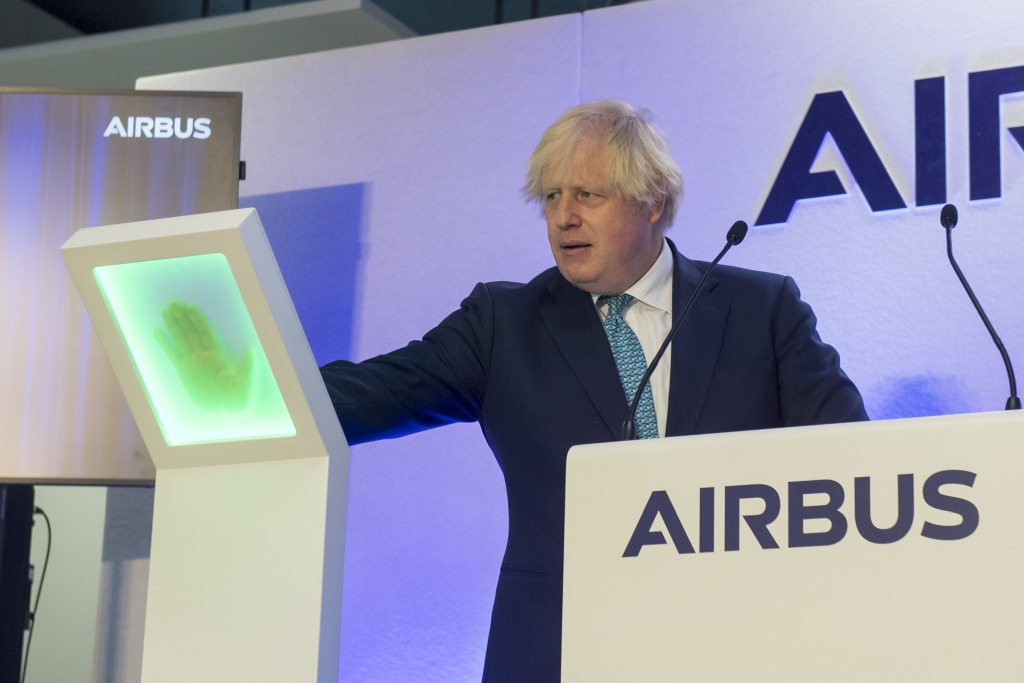 Julian Whitehead, Chairman of Airbus Defence and Space in the UK, said: “Stevenage is the jewel in our space crown and our headquarters for satellite design, manufacturing and operations. Our UK engineers are sending rovers to Mars, probes to the Sun, building satellites to fight climate change and underpinning secure military communications. It was a pleasure to welcome the Prime Minister today and talk him through our plans for the future.”

Airbus is the UK’s largest space company with turnover in excess of £1bn and makes up over 70% of the UK’s space industry, providing a vital national industrial capability and driving a diverse space supply chain that spans the UK. Airbus designed, built, and owns and operates for the UK MOD the Skynet 5 milsatcom constellation, the world’s most powerful, nuclear hardened and protected, military X-band and UHF satellite fleet.

Airbus’ UK-based engineers have played a critical role in a range of the most significant space programmes of recent years. Airbus Defence and Space UK designed and built Solar Orbiter, currently on a mission to the Sun, as well as the European Space Agency’s (ESA) ExoMars rover which is due to launch in 2022. Alongside this, the Group’s UK teams also built and designed the Aeolus wind sensing satellite and are also currently playing a key role in building Biomass, the ESA mission to measure the world’s forests from space. 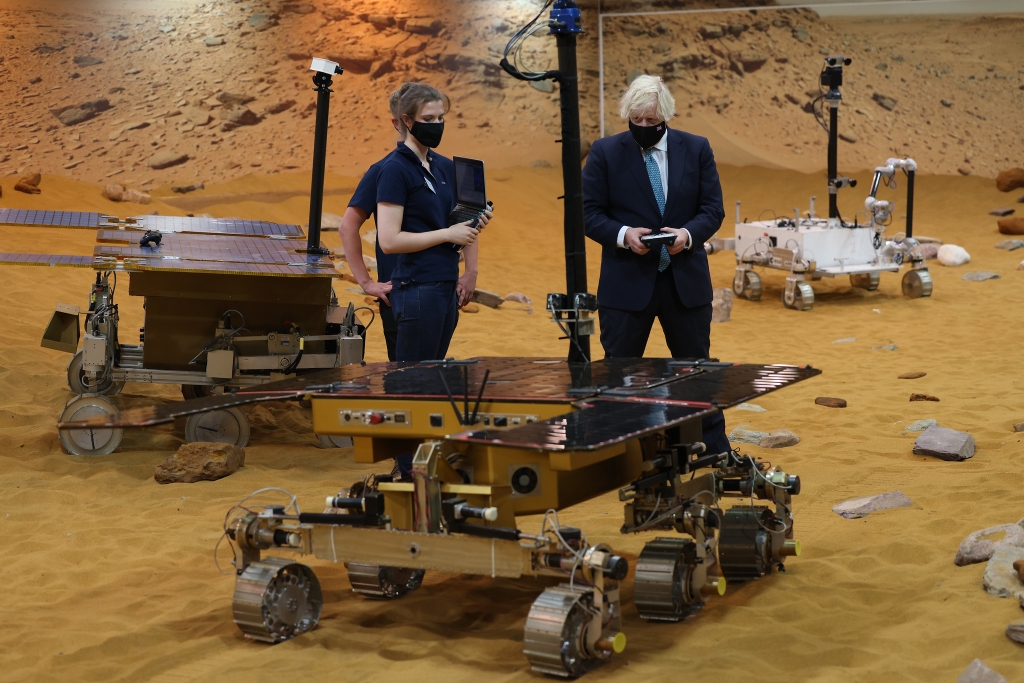 The Prime Minister meets engineers Yvonne Pickering and Matt Lisle on a mock surface of Mars to control one of the Mars Rovers at Airbus. Image courtesy of Ben Stevens / CCHQ / Parsons Media

Airbus’ worldwide activity supports a £5bn gross value-added contribution to UK GDP. Each year Airbus spends in excess of £4bn with UK suppliers, supporting a supply chain comprising more than 2,000 companies, ranging from large primes like Rolls-Royce and GKN to hundreds of small and medium-sized enterprises (SMEs). Each supplier plays a vital role in helping Airbus deliver its world-leading products.