Bournemouth businesses first to benefit from fast 5G by 2020

Bournemouth residents, businesses and manufacturers could see one of the UK's earliest 5G networks in place by 2020.

In recent months, the town has been the test bed for a mapping tool developed alongside Ordnance Survey, as its topography is suitably varied for a trial.

The 5G, or fifth generation mobile network, technology promises speeds as much as 100 times faster than 4G, although it is subject to several limitations.

Its signal is blocked by buildings, trees or even the weather, so transmission will require producing large quantities of ‘cells’ to carry the signal around the town, and new gigabit fibre-optics to improve internet speeds indoors.

Ruth Spencer, Bournemouth’s council digital economy manager, said the tech, currently earmarked for launch in the Lansdowne area alongside its planned revamp and transformation into a business centre, could prove revolutionary.

Spencer said: “This is a massive step change in terms of connectivity. It is not just about mobile speeds but about machine to machine connections, connecting things to the internet. It is an opportunity to unlock a huge amount in terms of economic benefits and productivity.”

Manufacturers to benefit from the upgrade

She said technologies expected to benefit particularly from the upgrade include augmented reality and robotics, including in manufacturing and medical uses.

The council will be able to monitor the town using a network of sensors, potentially reducing the need for officer visits and increasing efficiency.

Spencer added: “We are waiting for devices to evolve to be able to take that data. In the meantime, the Government is setting up test beds to trial 5G. With the mapping work we have done we are in a good position.”

Reportedly, the council also plans to investigate the possibility of driverless transport in the Lansdowne area, a technology which 5G is expected to expand.

However, Spencer said such developments were “at a very early stage here and across the UK”.

If 5G proves successful it is expected to attract digital businesses to boost the sector’s already lively growth in the town.

Spencer concluded: “We would hope to attract many more tech companies to the area. And this will give them an advantage and an opportunity to experiment.” 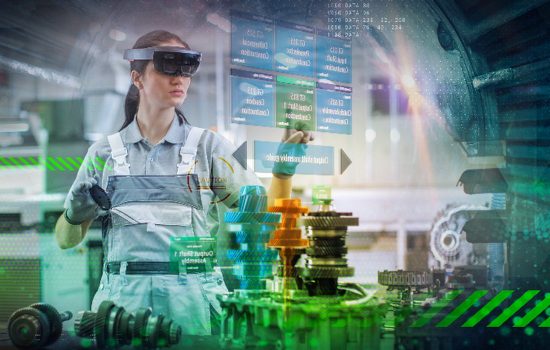