Organisers and participants of Bradford Manufacturing Weeks 2019 are celebrating as final figures show a 73% increase in manufacturing work experiences were delivered to Bradford school pupils.

Delivered by West and North Yorkshire Chamber of Commerce, Bradford Manufacturing Weeks introduces the district’s manufacturers to young people in an effort to help boost apprenticeship numbers and showcase the range of career opportunities within the sector. 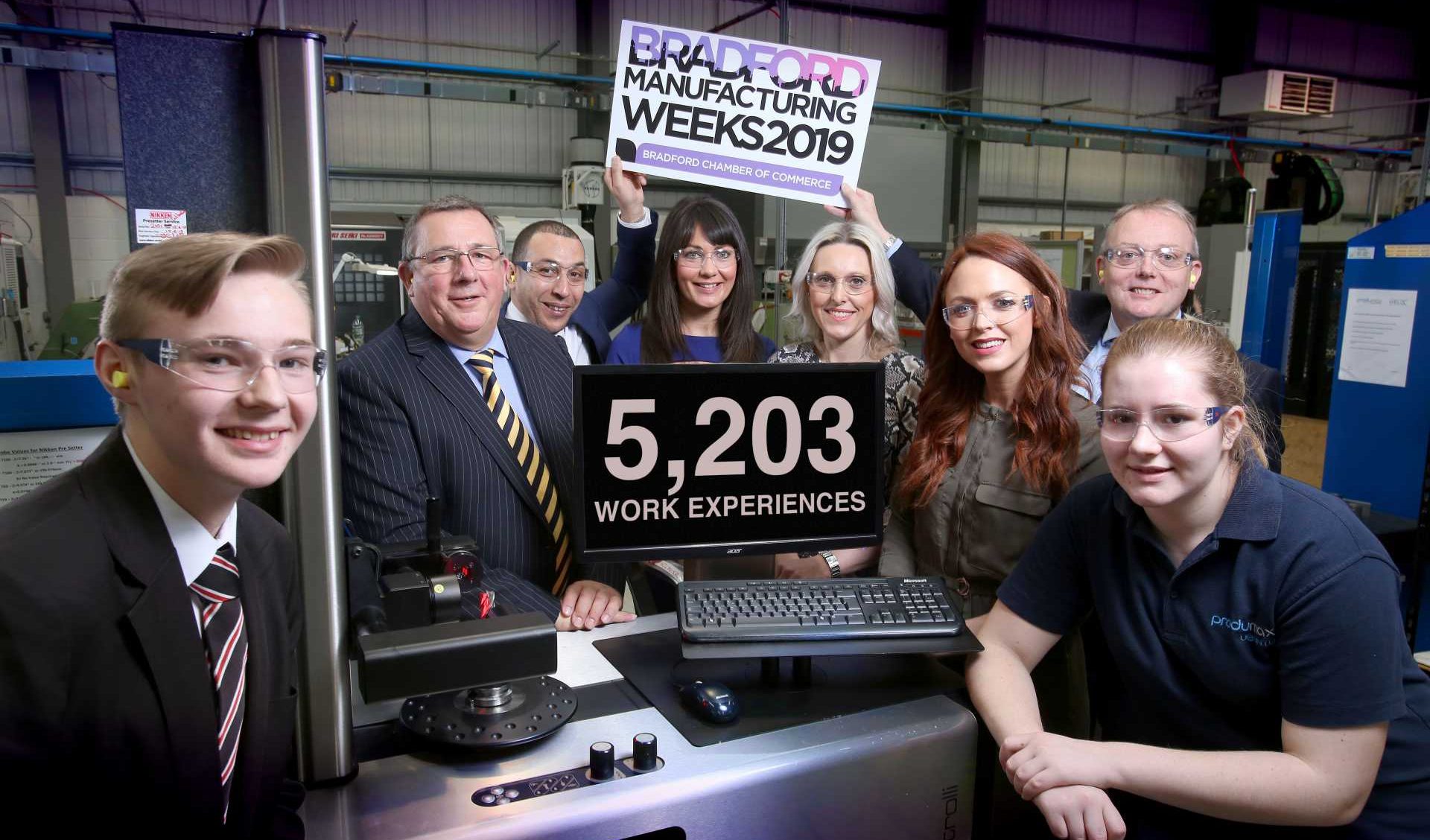 Increasing from a one-week initiative in 2018 to a two-week scheme this year, the latest results reveal that school involvement increased by 80% (25 to 45), manufacturer participants were up by 62% (45 to 65) and manufacturer tours almost doubled (538 to 936).

The success arose from not only the numbers involved, but the unique experiences delivered, according to Nick Garthwaite, Bradford Manufacturing Weeks founder, past president of Bradford Chamber of Commerce and managing director of laundry detergent manufacturer Christeyns.

“Bradford Manufacturing Weeks evolved even further though our introduction of two new events – Apprentices Live where school children were invited to Keighley College to quiz our panel of manufacturing apprentices on everything from pay and conditions to qualifications and opportunities – and our high impact Driver Awareness event where we partnered with West Yorkshire Police and West Yorkshire Fire and Rescue to deliver a high impact half-day looking at how to safely drive your first car bought through those early pay packets.”

She added: “The students really valued the visit and seeing for themselves the variety of opportunities and within the business which is not only focusing on manufacturing but which has a real focus on the environment and is leading its industry in IT and logistics.

“Our group of 14-year-olds had the opportunity to meet staff, including their current apprentices, and all said they took the message that attitude is just as important as grades when looking to impress a future employer. It was incredibly insightful, inspirational and informative.”

Andy Murphy, managing director of Melrose Interiors which welcomed 50 pupils from three Bradford schools, adds: “After an introduction to each department and a tour of the site, we tasked students with designing a children’s rug from a strict brief to give them a taste of working to client specifications.

“Their initial feedback was so impressive that we will be creating a real rug from the best design. As well as design and packaging, they showed a particular interest in the role that IT plays in the modern manufacturing business. We’re already considering how to make next year’s event even bigger and better.”

Bradford is an economy built on manufacturing with 1,200 businesses employing 23,000 people – the fourth highest of any city district in the UK.