Breaking additive manufacturing into the mainstream

The Manufacturer sat down with the head of GE Additive, Mohammad Ehteshami, to discuss what the future holds for additive manufacturing.

GE currently has around 4,000 additively manufactured fuel nozzles injectors for its LEAP jet engine from CFM International (a 50/50 joint company of GE and Safran Aircraft Engines of France).

It’s thought to be the first sophisticated jet engine component to be produced using additive manufacturing, and has been successfully operating in airline service since mid-2016 as part of a growing LEAP jet engine fleet powering the Airbus A320neo aircraft.

Less than three months after acquiring the controlling ownership of Concept Laser in October 2016, GE is moving quickly to transform the pioneering German additive manufacturing firm by expanding its headquarters, employee base and support team, and investing in next-generation equipment and materials.

At the same time, GE has taken a controlling share of Sweden’s Arcam – the inventor of electron beam melting (EBM) machines for metal-based additive manufacturing and a producer of advanced metal powders.

The global digital industrial company has also invested upwards of $1.5bn in manufacturing and additive technologies at GE’s Global Research Centre (GRC) in New York, in addition to building a global additive network of centres focused on advancing the technology.

As a global powerhouse, GE would certainly appear to be throwing its considerable weight behind breaking additive manufacturing out of R&D labs and design studios and into mainstream production lines. An intention made even more clear by its creation of ‘GE Additive’ last September. 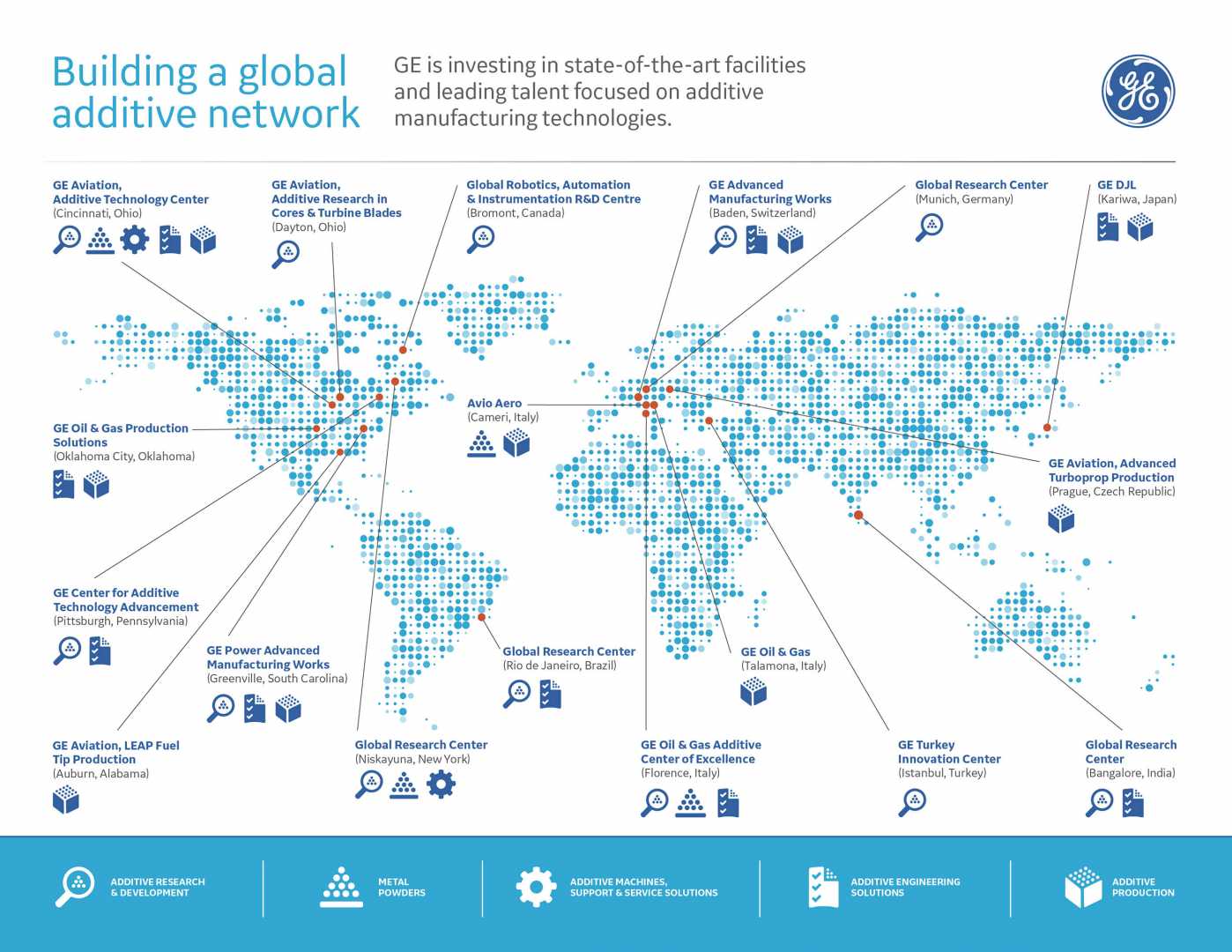 Mohammad Ehteshami is CEO of the new business, with the official title of vice president and general manager. He’s has been tasked with making GE Additive a key vertical within the wider GE group, offering machines, materials and engineering consultancy both internally and externally.

While attending GE’s recent Mind + Machines Europe in Berlin last month, The Manufacturer caught up with Mohammad Ehteshami to discuss what the future holds for additive manufacturing.

Additive manufacturing helps overcome many of the historic design and engineering complexities and limitations of parts, but does it require a new breed of design engineers?

I’ve been talking about this very question for some time, and I think the answer is both yes and no. Firstly, the conversion of existing engineers to additive thinkers takes a couple of months’ worth of training, not a multi-year programme with frequent refresher courses.

For additive manufacturing, you need fundamental mechanical engineering understanding, digital and electronic thinking and a broad knowledge of material science. Many engineers have those existing competencies. However, what you need to do is to change your mindset from subtractive to additive.

With subtractive, you always took a block of metal and sought to find the right tool part to go inside that roughed out shape, remove material and refine the part. With additive, you build the part from the inside out. You don’t need that tool part; you will create structures that were impossible for you to dream previously.

What I’m seeing, especially in young engineers and designers, is their ability to think and break away from those historic prejudices that I and my generation suffer from. Millennials don’t have the fear or doubt about new technologies and processes; they are truly fearless and I love it.

Why is additive most prevalent in automotive, aerospace, healthcare and energy [core verticals of GE incidentally]; why not food & bev or pharmaceutical, for example?

If you look at medical implants, for example, additive is growing substantially. One of the reasons why is that the rough surface is seen as advantageous – it helps promote cell and tissue growth, and ultimately a better result for the patient.

However, for our nozzle tips, for example, I need a perfect surface finish inside, which necessitates significantly more time to machine and achieve. However, the final value of that part is far higher than that of a hip replacement, for example. For automotive, aerospace and other verticals, we just need to further increase the speed, lower the cost and refine the process.

What advice would you give to a company looking to take their first step towards additive?

Jump in. Understand it, play with it, get familiar with it and feel comfortable with it now because this is going to be a game-changer sooner than most people think.

As a more than 30-year industry veteran, as a frustrated engineer, I couldn’t believe my eyes when I saw that I no longer had to trade off cost, weight, strength, performance, durability and aesthetics. I got all of those in one part. It both excites and scares you at the same time, and I call it the ‘epiphany of disruption’.

What are some of the barriers to entry for manufacturers?

First, your ability to adopt and understand the technology; second, having the internal competency, and third, create a market share. If you look at these machines, they aren’t that expensive now, from a couple of hundred thousand up to a couple of million, so comparable to a CNC machine.

Companies can easily buy a machine, now you’ve got to create the technology that allows you to go additive rather than subtractive.

GE is able to support a business along its entire journey and at every stage. We sell the machine, we teach them how to use it and how to use the engineering competency to create the product, including the service and support. We call it ‘wing to wing’ to use an aerospace term.

If a business approaches us and says they want to adopt additive, but don’t have the necessary funds in place, we can now offer finance through our ‘GE Capital’ business. We’ve seen quite a healthy appetite so far, with more than US$200m financed since launching in December 2016.

What do you think will continue to drive the additive revolution?

I mentioned the ‘epiphany of disruption’, there’s a moment that an engineer or businessman realises if they don’t react, they are going to become irrelevant and that typically leads them to jump in. That’s what’s happened to me and I’ve seen it happen to many others.

What excites you most about additive manufacturing?

First, the ability to create things that were impossible or unimaginable previously. Second, the technology will keep disrupting a lot of other technologies as well as itself. Third, just hanging out with young engineers and designers who have no fear and keep pushing the envelope.

Engaging with the next generation keeps your mind and soul very fresh and open. I learn as much from them as they do from me, probably more. I was supposed to retire in October 2016, but I’m so honoured and lucky to be involved in this, I just couldn’t walk away. It’s such an exciting time.