Breaking the mould: How self-healing technology could revolutionise construction

The self-healing market is a motivating technological development, but there are very few companies producing the material. The work led by Dr Lívia Ribeiro de Souza at the Department of Engineering, University of Cambridge, aims to change that. Rory Butler reports.

“Self-healing for infrastructure is really appealing. If there is a way of investigating how to make infrastructure last longer or to not require external intervention for repair, it seems like a very good idea to me – and when we think about CO2 emissions, cement production is responsible for almost 10% of all CO2 release.”

In 2013, Dr Ribeiro de Souza was granted a Science without Borders scholarship and started working on the Materials 4 Life project funded by the Engineering and Physical Sciences Research Council (EPSRC), to investigate how microfluidics could produce microcapsules for self-healing in cementitious materials.

In 2017, a new project was funded by EPSRC – Resilient Materials 4 Life (RM4L) – aiming to create materials that will adapt to their environment, develop immunity to harmful actions, self-diagnose the on-set of deterioration and self-heal when damaged.

Ribeiro de Souza is well placed for this research. She read chemistry at the Universidade Federal de Minas Gerais in Brazil, before going on to achieve her Masters in mineral science and technology at the Centro de Desenvolvimento da Tecnologia Nuclear.

The RM4L research to develop self-healing materials is spread across a consortium of four UK universities –Cambridge, Bath, Bradford, and Cardiff.

One approach the consortium is investigating with regard to prolonging the lifecycle of construction materials is the production of microcapsules, shape-memory polymers (polymers that remember shape), and the use of bacteria.

Cracks in infrastructure are to be expected and cement is manufactured to withstand a certain degree of stress. However, at a certain size, fractures in the cement allow in enough water and contaminants so as to become problematic, promoting the corrosion of the reinforced steel rebar which escalates deterioration.

The university consortium’s microcapsule technology is added into the cement during the manufacturing stage, releasing a healing agent that is triggered when a significant fracture in the infrastructure occurs.

One question that drove the idea of microcapsules in the first place was how to preserve the healing agent as inactive until a crack is formed.

“By encapsulating the healing agent, which in this case could be minerals such as sodium silicate or colloidal silica, or polymers such as an epoxy resin or polyurethane, or bacteria, we can store the healing agent until needed. Bacteria is quite interesting because it can produce a lot of calcium carbonate if there are enough organic substrates,” she said.

Working with microcapsules, their first step is to develop the material in the lab or with their commercial partners. Then, a thorough characterisation of the material takes place, to investigate the core-shell structure, stability, and permeability of the shell. 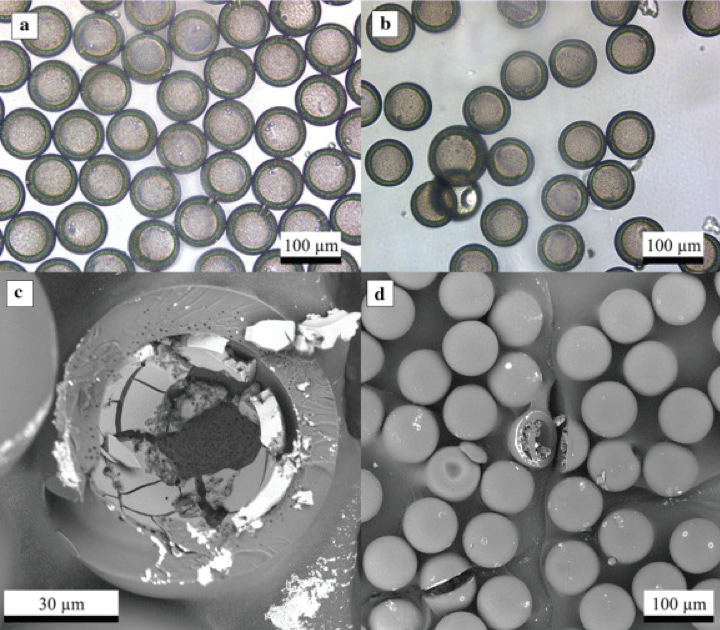 By embedding the microcapsules in the cementitious matrix, the team can investigate the interactions between the matrix and the capsules; furthermore, the triggering mechanism for the release of healing agent is observed.

Finally, a self-healing performance assessment is made, based on recovery of mechanical and transport properties, including tensile and compressive stress, air permeability, sorptivity (capacity to absorb or desorb liquid by capillarity), and crack closure.

“Forecasting the lifecycle of the infrastructure is an important question that we still don’t have a clear answer to because there are so many factors involved,” she explained.

“Of course, we are thinking about enhancing the lifecycle of the building, but also decreasing the level of maintenance involved. I think I’m correct in saying that around 35-45% of the money invested in UK infrastructure is directly, or indirectly, focused on its repair and maintenance.”

Due to the harsh, alkaline environment of cement and concrete, the consortium must also consider the shelf life of the microcapsules and its permeability. In the lab, they use membrane emulsification and microfluidics to investigate the properties of the microcapsules.

“It’s important for the microcapsules to survive during the manufacture and mixing of concrete and that nothing gets inside that can react with the core, and so the stability of the core, or the healing agent, is quite important too.”

In 2019, the first commercial application of microcapsules in self-healing concrete took place in the construction of external slabs at the new Civil Engineering building in the University of Cambridge.

Several industrial manufacturers have been helping the consortium to develop the technology, including partners for the production of capsules, cementitious systems, graphene and construction chemicals.

In addition, contractors such as Costain [see box at end of the article] are interested in trying the product at their own construction sites and manufacturing facilities.

Ribeiro de Souza told The Manufacturer that a milestone the consortium has for 2020 is to tackle the manufacturing challenges so they can focus on scaling up processes and field trials.

“If we think about the sheer volume of concrete that is manufactured and used in a day-to-day construction scenario, we are talking about a drastic change in the value chain for the manufacturing industry,” she explained.

“Coming up with a product that requires encapsulation, be it liquids or solids, is necessary to produce microcapsules to achieve self-healing infrastructure in the long-term.”

“When I think about the effect of this product on the construction industry, one that is typically very, very resilient and has some resistance to new products, it is inspiring to see interest,” she said.

“So, that’s one very big aspect of the conversation in terms of the commercial impact. But also, regarding manufacturing, the changes in the industry with regards to infrastructure and encapsulation, I think that would be quite a big impact as well, potentially creating a new market.”

Ribeiro de Souza told The Manufacturer that the self-healing market is a motivating technological development, but there are very few companies producing the material.

Several research groups can be found in Europe, South America, North America and Asia, but there is only one spin-out in commission. She added that the transition from laboratory research to manufacture, combined with an enthusiastic engagement from industry partners, was critical for the product’s future success.

“There is one company in the Netherlands, that I am aware of, who are offering self-healing products using bacteria, which is a spin-off from the Delft University of Technology, one of the first universities that started looking at self-healing materials. The fact that we have so few companies commercialising it is something important to mention at this point.”

A word from Costain

In a collaborative approach, Costain has created a community of PhD students across leading research organisations, clients and business partners to ensure ideas come to market through a proven route.

“Costain has been an industrial partner for the EPSRC-funded Materials for Life (M4L) project since 2013,” said Papanikolaou. “This project aimed to develop various autonomic self-healing systems (such as microcapsules, calcite-precipitating bacteria, shape-memory polymers and vascular networks) and demonstrate these technologies in real applications.

“The trials have provided useful insights for the researchers around material performance under real loading and environmental conditions. Consequently, the promising results from the M4L research on developing self-healing cementitious systems led to the strategic funding of the much larger research project RM4L, where Costain is proud to once again be a strategic partner.

“RM4L, in the next phase of research, has a broader remit focused on tailoring self-healing cementitious systems use in specific commercial applications and on addressing different damage scenarios and conditions.

“RM4L will initiate ground-breaking research aimed at embedding self-sensing, self-diagnosing, self-immunisation and self-reporting capabilities into cementitious systems in order to develop truly biomimetic responses in infrastructure materials and structures. Costain has funded a researcher at the University of Cambridge to carry out research in the self-sensing aspects using nanomaterials.”