The Lister Motor Company, announces the world’s fastest SUV the Lister LFP with a reported top speed of 200mph. 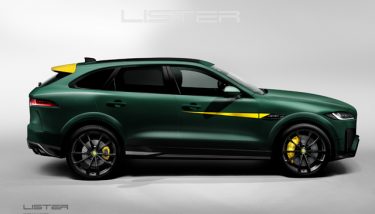 he 65-year-old British specialist sports car maker’s latest vehicle will reach an estimated 0-60 mph in a time of just 3.5 seconds.

The LFP will have extensive carbon fibre modifications which will improve weight reduction and road holding, and enable its high speeds.

The company is currently taking pre-orders for the vehicle starting around £140,000. Lister – Britain’s oldest surviving racing car company – release the LFP in the coming weeks.

Another recent advancement in the automotive industry:

A 200mph electric supercar – said to be “British engineering tour de force” – is to be developed and built by new company, Dendrobium Automotive.

Due to be revealed later this year, the supercar’s design – with a “petal-roof” and hinging doors – will be based on Singapore’s national flower, the vanda orchid.

A concept car was initially created in March by Williams Advanced Engineering (WAE), who took sketches of the D-1 and brought it to life.

This car was then powered by a single motor and a lithium ion battery pack, modelled from the Formula E set-up that WAE designed for its race series.

When the D-1 – which is reported to have a seven-figure price tag – is built however, the company plan to power the vehicle by solid-state batteries.