As a precision aerospace components manufacturer, Bromford Industries operates in a highly competitive market, but proactive investments in digital technology, factory connectivity and its workforce has seen the business climb to new heights.

The global commercial aircraft market is set to reach US$330bn by 2025, achieving more than 4% growth year-on-year.

The North American narrow body aircraft market alone is poised to be worth somewhere in the region of US$45bn within the next five years.

The number of air passengers is expected to double to nearly 7.8 billion over the next two decades, driven by continued growth from well-established markets across the Americas and Europe, the rise of middle-class economies across the African, Asian and Pacific regions and the resulting rise in the number of local low-cost carriers.

Indeed, IATA forecasts that China will knock the United States off its long-enjoyed top spot as the world’s largest aviation market as early as 2022. The UK, incidentally, is expected to only stay within the top five until 2025 when the significant growth in both India and Indonesia will have nudged us out.

This booming demand for easy, affordable global connectivity is great news for aircraft OEMs and their supply chains, but make no mistake about it – innovation will be the key to ruling the skies.

At the same time as the number of passengers and flights are undergoing unprecedented growth, the aerospace industry is under growing pressure to address concerns surrounding aviation’s effect on the environment and society.

As a result, aircraft and the engines which power them must become ever more efficient (reducing Co2 emissions and using less fuel per passenger mile), lighter, quieter and safer.

This can only be achieved by leveraging cutting-edge design technologies and materials, analysing vast sums of data and pioneering new manufacturing techniques. All things, thankfully, that the UK is really rather good at.

As much as the OEMs may feel that this is their responsibility (and indeed, many of the leading players are making significant advances), their supply partners are feeling as much if not more pressure.

In an ultra-competitive industry, offering innovative, total cost of ownership solutions is an assured means of securing genuine market differentiation. One business achieving exactly that is Bromford Industries.

In short, complex, precision-engineered, performance-critical parts which are not only vital to their customers’ continued success, but also – for many of the markets the business serves – human safety.

Bromford Industries is a partner to almost all the household names within aerospace and power generation, including: Rolls-Royce, Messier-Bugatti-Dowty, Siemens, GE Power & Water, Alstom, Mitsubishi Hitachi Power Systems, and Safran – to name but a handful.

In March 2016, the business was acquired by Liberty Hall Capital Partners and has benefitted from a sustained period of investment in its people and equipment ever since – resulting in a considerable modernisation of the manufacturing facilities.

More than £7m has been spent at the Birmingham site on Okuma 5-axis mill-turn machines, two new 5-axis lasers have been commissioned at the Alcester facility and two new coordinate measuring machines (CMM) have also been installed. A further £5m of investment has been ringfenced for 2018.

It is hoped that the acquisition will strengthen Bromford’s international reach, and provide further capability and competitive edge through AeroCision’s two facilities – one in the US and a joint-venture in Bangalore, India.

Walking the Birmingham production floor with operations director, Mike Tew, it is clear that here is a business that takes the opportunities offered by connectivity and automation very seriously.

A large number of the machines across the three production lines are brand new, cutting-edge, or both. To date, Bromford Industries has automated several manufacturing processes and has installed a highly accurate, robotic TIG welder. Efficiency improvements aren’t being limited to production, with an exploration project around semi-automating its non-destructive testing (NDT) line currently underway.

Furthermore, the business has created a flagship ‘SMART Factory’ cell, the learnings from which will be applied to the rest of the business. The nine newly-acquired 5-axis mill-turn machines are all connected via a highly advanced, fully-integrated Factory Monitoring System (FMS) developed in partnership with their machine supplier.

This means that the cell generates real-time OEE information and provides insight into potential defective parts, maintenance issues, machine utilisation, operator work rates, and overall productivity levels. Bromford Industries was only the second customer in the world to install the FMS software, and the first to have the latest version.

“Each machine is now networked to one portal which can be remotely accessed by anyone on any device, so long as they hold the required access permission,” explained Tew. “Most importantly, many of our operators have been upskilled or redeployed to undertake more value-added or skilled tasks.”

Previously, each production line used to have lights fitted to the tops of machines. The red, yellow or green light emitted may have represented a relatively basic system, but it was an important initial foray in automated, digitalised condition monitoring.

And it’s bigger and better than ever, with a host of new features for 2018.

Now in our third year, Smart Factory Expo is where technology, finance and manufacturing meet – 3,968 visitors, 118 exhibitors, and live coverage on BBC News tells you all you need to know about the exhibition that sets the digital manufacturing agenda – and why we are doubling in size for 2018!

On the right track

According to Tew, this ‘SMART Factory’ cell represents the first step on Bromford’s journey towards connected, digitalised manufacturing, with the information and insights gained feeding directly into the business’ capacity management and work scheduling.”

The next steps, he continued, are to finish reflowing the production space and moving each machine into its final position (a massive undertaking when each machine weighs several tonnes).

Although the system has only been operational for several months, it has already delivered returns in the form of increased efficiencies, machine uptime and margins –key metrics in such a globally competitive market.

“We are still collecting measurement data manually, so another step forward would be combining process probing and CMM with certain manual checks, and gathering all that information in one electronic database,” Tew added.

“Electronic data gathering and compilation at the point of origin rather than double handling it increases efficiency and accuracy, as well as aid in disaster recovery.”

Anytime a business implements such a comprehensive monitoring system, there can sometimes be a concern among some employees that it represents a ‘keeping tabs’ exercise.

The key to overcoming such cultural apprehensions, advises Tew, is to ensure workers are involved at the very beginning, rather than as an afterthought.

“This is absolutely not about ‘Big Brother is always watching’. it’s about identifying which machines are being under-utilised, understanding why and using that insight to increase productivity. That will drive throughput and business growth, the financial rewards of which will benefit everyone.”

Helping to change the image of manufacturing

Like almost all manufacturers, Bromford Industries is proactively looking to invest in young talent and combine that with more experienced employees.

Unlike most manufacturers, however, the business has embraced the power of social media to attract the makers, designers and engineers of tomorrow.

Across its Twitter, LinkedIn, Facebook and Instagram networks, and supported by its regularly updated online blog and active outreach programme, Bromford is working hard to change the perceptions surrounding industry.

“Young people are hungry for opportunity, they think outside the box and bring fresh thinking to the table,” explains the group’s business development director, Alan Dunbar, “Those are highly desirable in today’s marketplace; but to attract that talent, we need to present a more accurate, positive portrayal of what careers in manufacturing actually entail.”

To that end, Bromford has recruited a talented young marketing coordinator, familiar with the platforms young people use and capable of engaging with them ‘in their language’.

To many old-school manufacturers, this may sound a bit fluffy with no tangible business gain. But consider this.

Aside from helping the business overcome the UK’s ever-present recruitment issues, Bromford’s presence and exposure on social media, particularly around its recent investments, actively led to another machine tool supplier pursuing opportunities and reducing the lead time on its machines by many months. 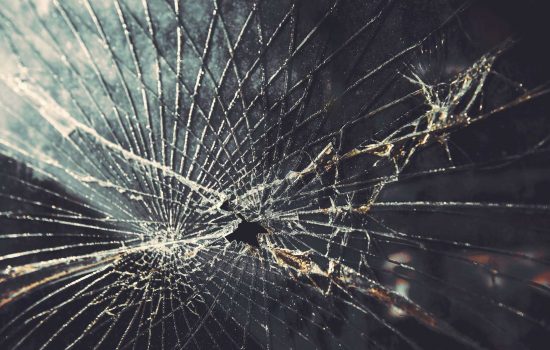