SMMT: Business buyers in pole position on Race to Zero as consumers stuck on the grid for electric vehicle adoption

The Society of Motor Manufacturers and Traders (SMMT) has called for greater support for private retail uptake of electric vehicles, after new figures show businesses are twice as likely as consumers to make the switch from petrol or diesel to electric.

The Society of Motor Manufacturers and Traders (SMMT) has called for greater support for private retail uptake of electric vehicles, following new figures showing businesses are twice as likely as consumers to make the switch from petrol or diesel.

SMMT analysis of new car registrations in 2020 show that just 4.6% of privately bought cars were battery electric vehicles (BEVs) – compared to 8.7% for businesses and large fleets. In total, consumers registered 34,324 BEVs in 2020, compared to 73,881 corporate registrations.

In response, SMMT has unveiled a blueprint to deliver greater retail uptake – calling for government and stakeholders to prioritise overcoming consumer concerns through fairer incentives and a commitment to a dramatically expanded public charging infrastructure. The call comes as SMMT gathers industry and government stakeholders at its first ever conference dedicated to electrification.

Ahead of the phase out of new pure petrol and diesel car and van sales in 2030, manufacturers have invested billions in new technology, with plug-ins now accounting for one in four of new car models available – with one in 10 powered purely by electricity. 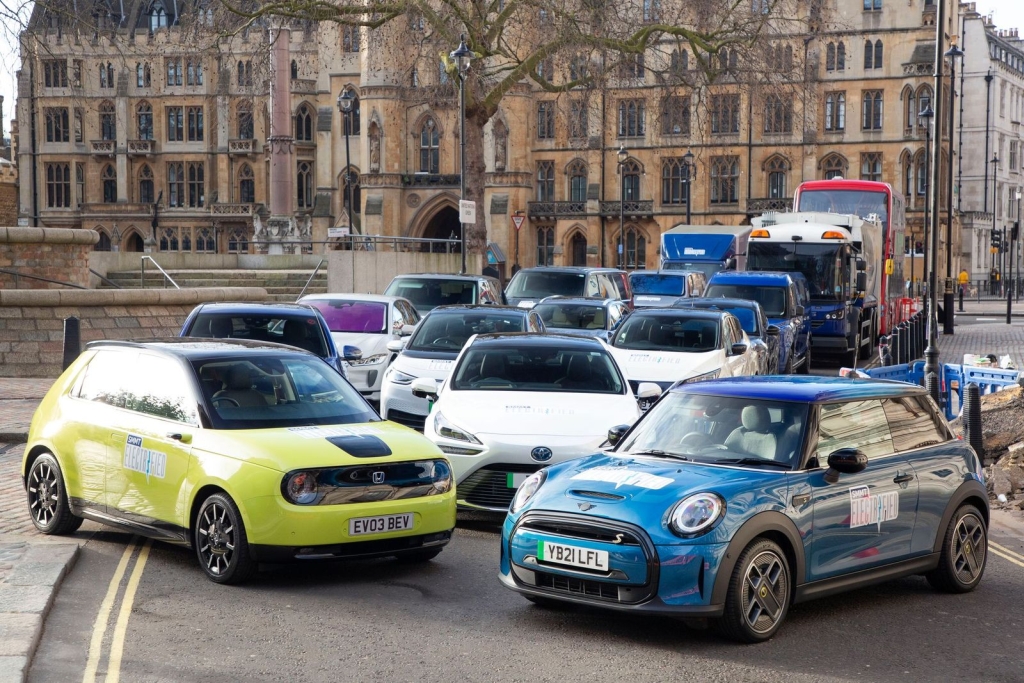 However, consumer acceptance remains low because of concerns over affordability, charge point availability and infrastructure reliability. Around one in three households have no dedicated off-street parking, leaving them disproportionately dependent on public charging points – of which around one in 10 are out of order at any given time.

Businesses and company car drivers currently receive stronger and longer-lasting motivation through reduced purchase taxes and fiscal incentives compared to consumers. Both, however, felt the cut to the Plug-in Car Grant (PiCG) last week, the effect of which will add £500 to the cost of every BEV under £35,000, and £3,000 to those costing more than £35,000, as the grant is removed from electric vehicles over that price. By comparison, private buyers in Germany receive a €9,000 grant towards a new BEV, while Dutch drivers do not pay VAT on BEV purchases, equivalent to a purchase cost saving of around a sixth.

SMMT estimates that maintaining the PiCG and similarly exempting consumer electric vehicle purchases from VAT would increase uptake by almost two-thirds by 2026 compared to current predictions.

Given present projections suggesting the majority of drivers will choose to charge their vehicle at home if they can, SMMT also estimates that there would need to be around 2.3m public charge points in service by 2030 to provide adequate coverage and tackle range anxiety – meaning more than 700 new charge points would have to be installed every day until the end of the decade. By comparison, the current installation rate is approximately 42 a day.

Mike Hawes, SMMT Chief Executive, said: “While last year’s bumper uptake of electric vehicles is to be welcomed, it’s clear this has been an electric revolution primarily for fleets, not families. Manufacturers are committed to the consumer, reducing costs and providing as wide a choice as possible of zero-emission capable vehicles with many more to come. To deliver an electric revolution that is affordable, achievable and accessible to all by 2030, however, government and other stakeholders must put ordinary drivers at the heart of policy and planning. We need incentives that tempt consumers, infrastructure that is robust and charging points that provide reassurance, so that zero-emission mobility will be possible for everyone, regardless of income or location.

“When every market is vying for these new technologies, a clear and collaborative strategy engaging all would ensure the UK remains an attractive place both to manufacture and market electric vehicles, helping us achieve our net zero ambition.”

Find out more about the SMMT’s vision for an electric vehicle revolution in this blueprint.

*All images courtesy of SMMT