Posted on 9 May 2022 by The Manufacturer

A notable business leader and economist has called for more manufacturers in the West Midlands to adopt robotics and automation, highlighting the region’s unique ability to take on new tech and its historical manufacturing capabilities as key factors.

Speaking at a conference at the Manufacturing Technology Centre (MTC) in Coventry yesterday John Mills, founder of consumer goods company JML, expressed that the West Midlands can once again become the beating heart of the UK’s economy, but only if its manufacturers are quick to adopt robotics and automation, and they have the right government support.

The two-day event, Robotics and Automation: A New Perspective, took place on the 4th and 5th of May, with the aim of bringing these new innovations closer to UK industry, inspiring business leaders, and exploring the future challenges of the sector. Delegates at the event included industrial companies, robot vendors, system integrators, researchers, and educators.

John Mills, a keynote speaker at the event, noted that this investment would help manufacturers become more profitable, as well as bring jobs and growth to the region. He also expressed that in order for our economy to grow, we also need an exchange rate that makes manufacturing in the UK competitive again, or else we risk losing an even greater share of world trade. 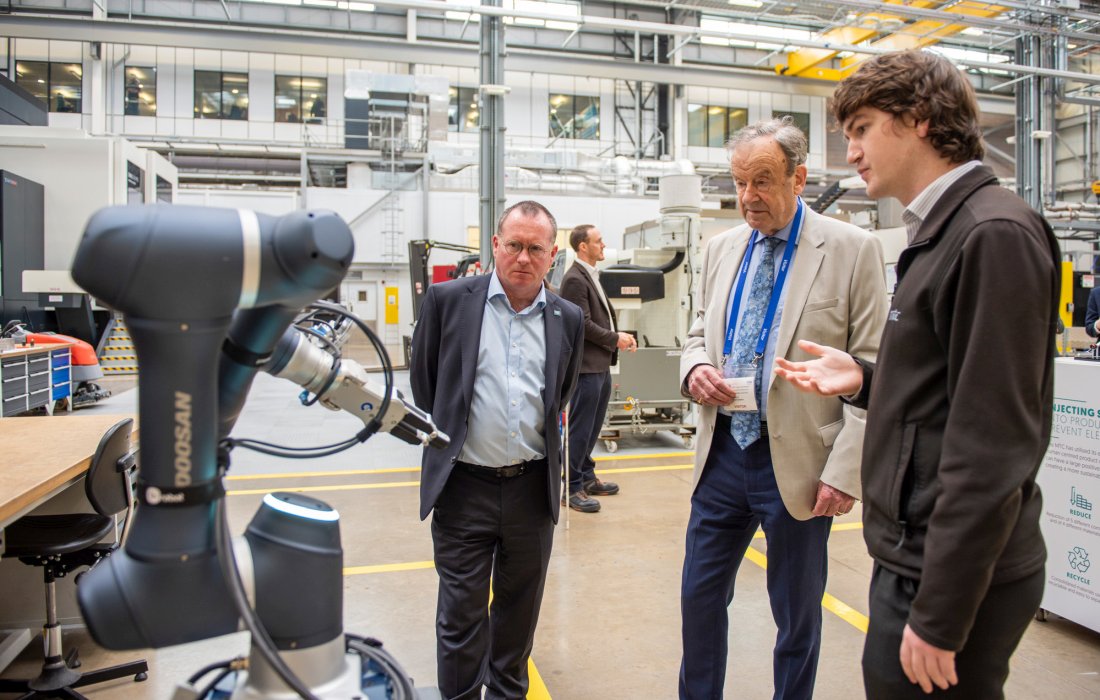 Mills founded the Institute for Prosperity in 2020, a cross-party think tank that campaigns for increased levels of manufacturing and economic growth in the UK, and whose Advisory Board includes Rt. Hon. Sir Vince Cable, Caroline Flint, and John Penrose MP.

John Mills, founder of the Institute for Prosperity, said: “Britain used to be the workshop of the world, and the West Midlands was a key part of that. Manufacturing businesses have shut up and down the country, and it’s in no small part due to the lack of investment in mechanisation and new technology. The Government must do everything in their power to reverse this, and increase the amount of goods made in Britain.”

“With so many vital UK manufacturers based here, and with businesses across the country slow to adopt these new technologies, the West Midlands has the opportunity to become the jewel in Britain’s crown again when it comes to production. ”

Mills continued: “If we invest in technology, mechanisation, and power in the Midlands, then the region has unmatched potential to lead the UK in the sector. We need to shake the perception that automation means less jobs. Instead, new jobs and opportunities will replace mundane tasks, and businesses here will grow, once again bringing well-paid jobs and prosperity back to the West Midlands.”