Five principles that should underpin the UK’s negotiations with the EU to ensure the most successful future for the UK economy have been set out today by the CBI. 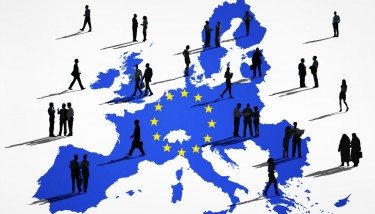 The UK’s leading business group is calling for the Government to build a new partnership with businesses from all sectors and of all sizes to enable the UK to seize the best opportunities outside the EU, while safeguarding the benefits of a close relationship with EU neighbours.

In the weeks since the vote to leave the EU, the CBI has called for a timetable and plan from the UK Government prior to triggering Article 50, as well as protecting the status of current EU migrants, which remains a primary concern for business and employees.

It has now held initial consultations with more than 500 members and is undertaking a series of events with companies across the UK’s regions and nations to understand their priorities and to support the government when talks begin.

According to the CBI, business’ see five clear principles as key to economic success in future negotiations:

CBI director-general, Carolyn Fairbairn commented: “As the UK plots a new course with Europe and the rest of the world, businesses across the country are determined to build on the economic benefits of a close relationship with the EU and seize new opportunities for future growth.

“Firms from all sectors are pulling together and through the CBI’s recent consultation have set out what they need from the negotiations to maintain stability and secure a prosperous future for the UK economy.

“The principles are clear: businesses want to continue trading easily with EU neighbours while bringing down barriers to new opportunities around the world. They also highlight the need to strike a balance between UK and EU-led regulation in future, to ensure access to global talent while recognising public concerns, and for clear plans to replace EU funding.

“To achieve this, a new, deep partnership will be needed between the government and firms of all sizes across the UK. Firms recognise that trade-offs may be necessary but that they should be guided by these principles.

“Many businesses are still working through exactly what a vote to leave may mean for them, but in the meantime are getting on with providing stability and jobs in their communities. To support this goal, businesses want the Government to focus on domestic priorities, including a swift decision on new airport capacity, while setting a clear plan and timetable for the negotiations.