Posted on 7 Jun 2021 by Jonny Williamson

Having already led the electrification of motorsport, McLaren Applied is looking to accelerate the drive to net zero motoring through optimised energy solutions, power delivery and technology innovation. Jonny Williamson sat down with Head of Electrification, Stephen Lambert, to learn how the future of mainstream EV development has its roots in the starting grid.

McLaren Applied is clearly very active in motorsport, how does that experience and knowledge map to your ambitions  or the automotive industry?

When you supply the entire field, like we now do for batteries and have done previously with E-motors in Formula E, what you deliver can’t just push the envelope in terms of how powerful or light it is, it’s also got to be reliable. A failure of any description is not acceptable.

As such, we understand on a granular level how failures happen and how to optimise performance, reliability and durability, and we take all that learning into our automotive products. 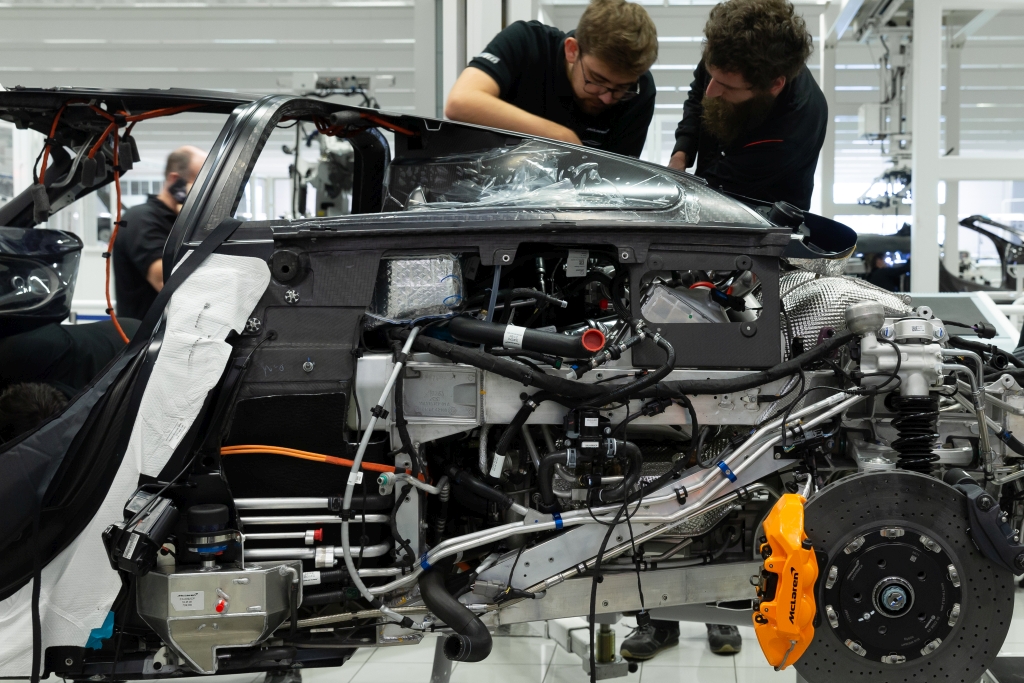 A key focus for every McLaren technician is how best to optimise performance, reliability and durability. Image courtesy of McLaren Applied.

In terms of road electrification, the first wave was around the mid-2000s with the emergence of companies all looking to do something different. Some of those companies, Tesla for example, survived and indeed thrived; some, like van manufacturer Modec for example, fell by the wayside.

We’re currently in the second wave, where the big OEMs are taking it seriously and have either already launched electric models or soon will be. Today, they are competing primarily on just having an EV in the market.

In the near future, it won’t be enough to simply have an EV in the market, so the third wave will be around competing on efficiency. That’s why we’re focusing on inverter technologies.

Inverters sit at the heart of the electrified powertrain transforming DC voltage from the battery into an AC supply for the electric motor. The right inverter enables you to optimise the drivetrain and increase your overall system efficiency by between 5% to 10%.

The latest generation of our inverter platform combines a number of key technologies to provide a faster, more efficient and lightweight drivetrain that delivers faster charging, higher speeds and longer range.

One change in technology is moving to 800V which enables fast charging; the other is using silicon carbide, a new disruptive technology that is going to be game changing from an efficiency perspective. 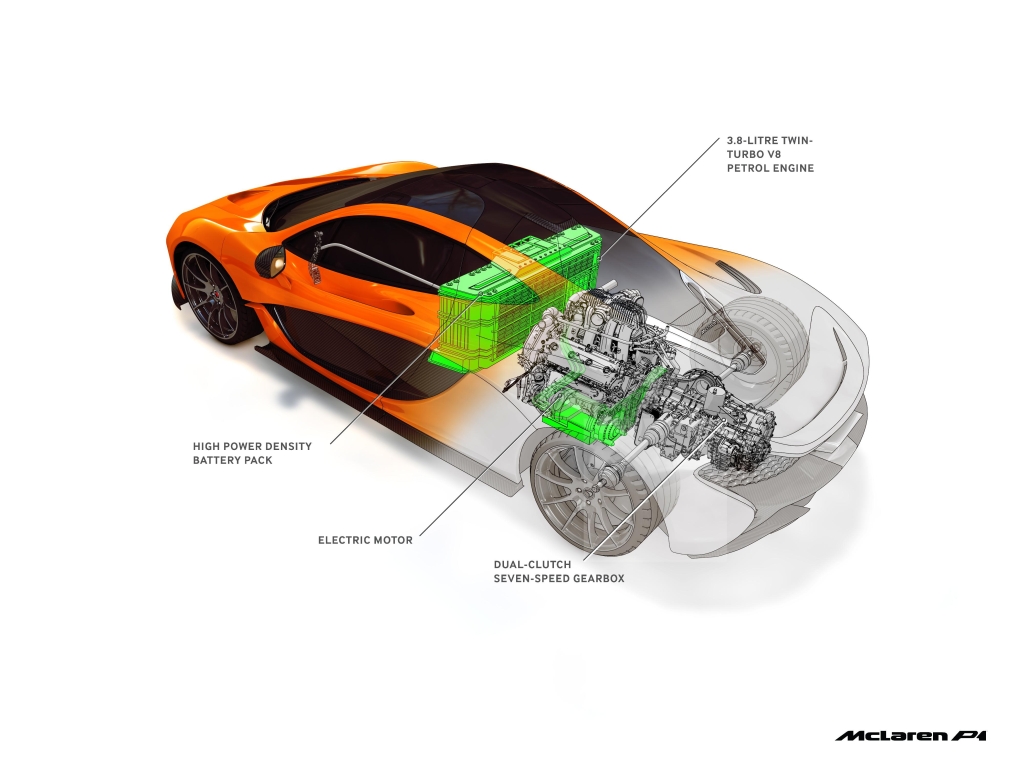 The McLaren P1, including its revolutionary powertrain, drew on McLaren’s many decades of racing experience and success. Image courtesy of McLaren Applied.

Silicon carbide technology offers a number of efficiency gains over conventional inverters based around silicon semiconductors. They produce less heat and are a lot less temperature-sensitive, and therefore have lower cooling demands. They also occupy a smaller form factor, making them ideal for use in EVs.

Fundamentally, a smaller and lightweight inverter requires less energy to drive. Combined with the increased drivetrain efficiency, this allows a reduction in battery size – typically, the most expensive single component in a battery electric vehicle, between 20% and 50% of the total cost.

The MPU-200 Silicon Carbide Inverter acts as the control junction between the battery and the motor. Image courtesy of McLaren Applied.

Silicon carbide has been present in the semiconductor industry for a number of years as a promising technology without a home. It looks like the EV industry can provide a more obvious home for it and with electrification growing, the technology has seen a lot of investment in recent years and it’s now near to being mass market adoptable.

Silicon carbide is a core, high-value component in the transition to EV and we need to ensure that the UK has a secure, globally competitive end-to-end supply chain to produce it. McLaren Applied is spearheading a £19.5m project to develop exactly that.

The ESCAPE project [End-to-end Supply Chain development for Automotive Power Electronics], which has been awarded almost £10m in funding through the government-backed Advanced Propulsion Centre, is a first for the UK and has applications in all electric vehicles, whether automotive, rail, marine or aviation.

As a lead partner, we’re working with other members to support the growth of a stable supply chain for this and other automotive power electronics technologies, and we’ve already established an integrated supply chain to advance the UK’s low-carbon automotive capability.

The ESCAPE project is one of several accelerator programmes currently being overseen by the APC across the full set of Automotive Council’s Strategic Technologies. IMAGE: APC.

McLaren Applied is part of the McLaren Group and bridges McLaren’s Formula One and other motorsport activities with its manufacture of luxury cars. Working at the “intersection of technology, data and human ingenuity”, it principally operates in three performance areas: Telemetry, Control & Analytics, Electrification, and Virtual Product Development.

McLaren Applied has supplied the electronic control units used in all Formula One cars since 2008, as well as software, sensors and other components to a number of teams. Having supplied the E-motor and motor control unit  which derives from the electric powertrain used in the McLaren P1 hypercar) to all teams, McLaren Applied became the  ole supplier of batteries to Formula E Gen2 from 2018.

Alongside motorsport teams and automotive manufacturers, the business also works with aviation, defence, health and wellbeing and sports organisations including GSK, NATS and Team GB.

What about battery production in the UK?

Mass production will likely be delivered by a handful of gigafactories with that sole focus and employing a lot of people in order to deliver it. The more interesting area for investment and growth lies in anchoring the supporting technology in the UK, the inverter, the DC-DC converter, the telematics and analysis, the charger and the charging network.

Delivering these lower volume, higher value technologies really plays to the UK’s strengths and there’s a wealth of technologies and components within electrification that’s ripe for opportunity in the UK.

Do you see today’s internal combustion engine (ICE) supply chain transitioning to electrification or will it be driven by emerging companies with new processes and technologies?

It will likely be a mix of both and in that sense, it’s really exciting. EVs are coming and they’re coming sooner than probably 90% of people will think. It’s vital therefore, that the UK has the right supply chain to meet that demand.

As in most cases, the opportunity will be leveraged by those who can innovate in the right way and act quickly, whether incumbent or not.

That innovation may be having the foresight to change processes and moving from manufacturing transmissions, motors or such like for internal combustion engines to those for EVs engines. Or it may be the arrival of a new technology or way of doing something by an emerging company.

What role do you see hydrogen playing?

I don’t see it having a role; it’s been 10 years away for the last 20 years. Lots of research is being conducted, but battery technology has reached the point where there isn’t a space for hydrogen in mainstream automotive.

The conversation has now shifted to whether there’s an application for it in heavy duty vehicles. My gut feel is that battery technology will continue advancing to the point where that doesn’t make sense either.

With battery technology continuing to improve, why do we need the additional cost and complexity of having hydrogen fuel cells? The investment in infrastructure that  would need to happen adds another challenge, not to mention questions around sourcing hydrogen and whether it can be produced sustainably or not.

The UK looks to be positioning itself as a leader in this space, with supply chains forming, R&D happening and large amounts of private and public investment. Is there a speedbump to watch out for?

Missing the boat. There is mounting competition from other territories. For example, China, Germany, Japan and the US are all investing heavily to create their own domestic silicon carbide supply chains.

If the UK really wants to take advantage, there needs to be an industry in the UK and it should happen soon. We need to consolidate our position in that differentiated, high value arena and then transfer those technologies and associated capabilities into other industries.

We also need to ensure that we can produce those technologies and components in mass volumes in order to serve both ends of the market and everything in between.

The UK has all the necessary pieces to truly capitalise on this shift to electrification – a uniquely talented engineering base, an international reputation for motorsport excellence, a world-leading R&D ecosystem, a history of innovation and rapid iteration.

As long as we continue to combine those assets, to share our knowledge and capabilities, to develop stable supply chains and invest for the future today, the UK can have as much of a leading role in the ‘green industrial revolution’ as it did in the first. 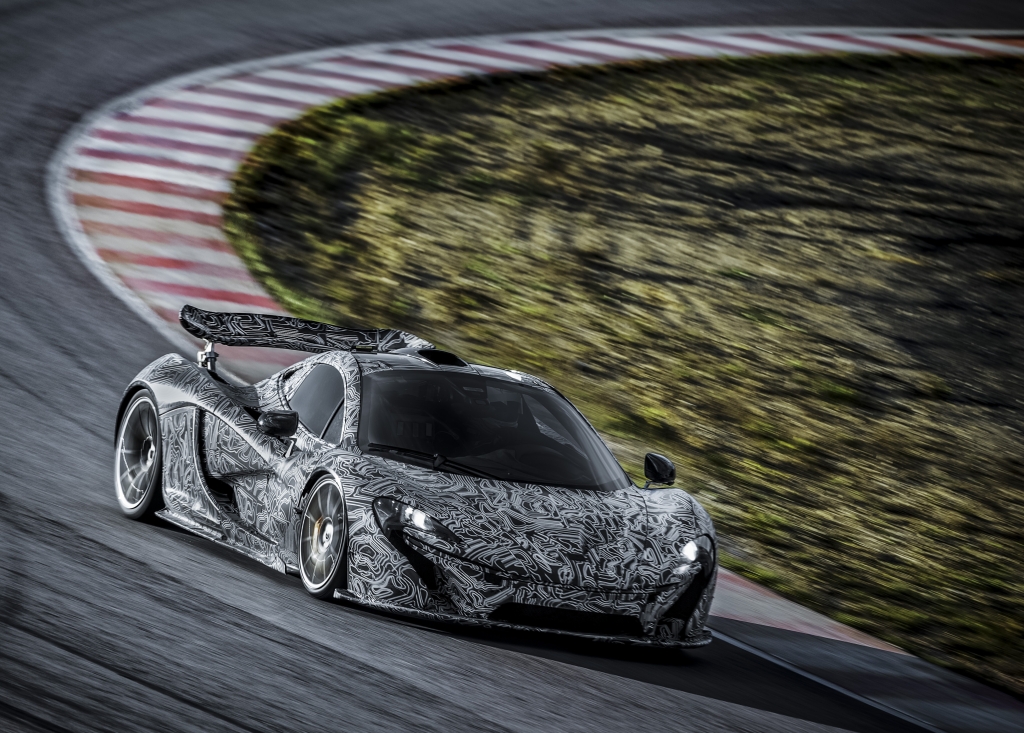 The McLaren P1 follows in the footsteps of the iconic McLaren F1. Image courtesy of McLaren Applied.

The power of networks

In August 2019, Stephen Lambert was appointed Chairman of the Automotive Electronic Systems Innovation Network (AESIN), of which McLaren Applied is a founding member.

AESIN is a collaborative, non-profit organisation launched in 2012 in response to the increasing need to bring together and influence all Tiers from traditional and adjacent sectors involved in the development and testing of Automated, Connected, Electric and Services enabled vehicles.

Stephen explains: “Much of AESIN’s work lies in identifying the common themes and challenges for our members and understanding how we address them. That usually results in the creation of working groups, which we currently have six of.

“Their focus ranges from automotive digital security and next-gen electric powertrains, to clean and connected mobility and how we manage highly integrated embedded systems.

“These working groups enable AESIN to take a leading role in what’s happening in the UK and worldwide, to get ahead of the curve and start pushing solutions through. We support the conversation with government and international bodies and provide a louder, more collective voice to our members.