Posted on 4 Oct 2019 by The Manufacturer

Coca-Cola has successfully produced a batch of test sample bottles made from 25% recycled plastic dredged from the Mediterranean.

The soft drinks giant announced the production of 300 marine plastic bottles as part of its 2017 Joint Sustainability Action Plan, in which Coca-Cola has promised to ensure all of its packaging is 100% recyclable by 2025.

Coca-Cola said the sample bottle it has developed serves as “proof of concept for what the technology may achieve in time”. 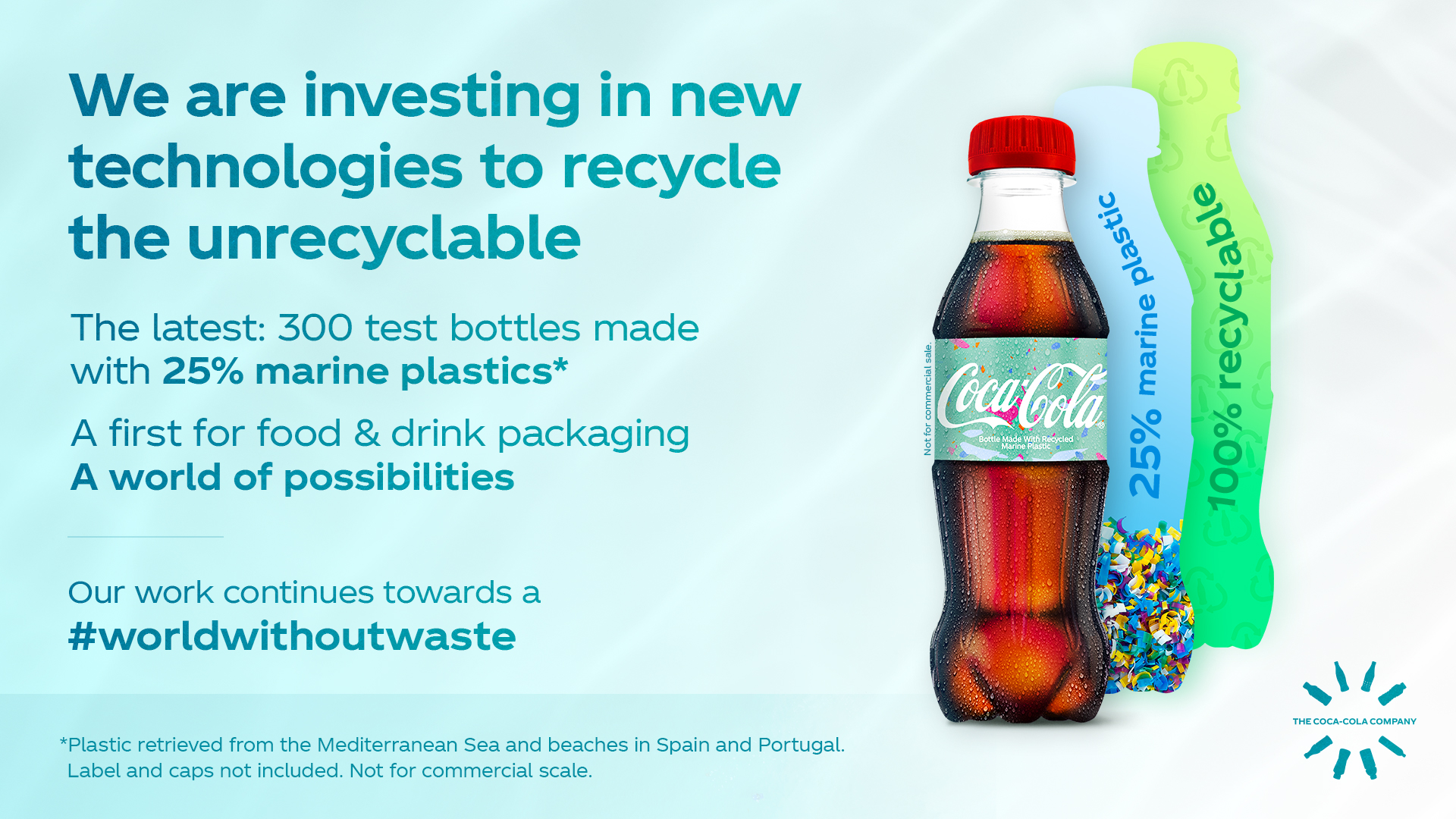 Coca-Cola’s marine plastic bottle, thought to be the first of its kind, was designed to showcase the “transformational potential” of recycling technologies to convert used PET plastics destined for landfill or incineration, into high-quality plastics suitable for food and drink packaging.

The global annual consumption of plastic is 300 million tonnes and PET is the most common, according to a report published by the International Union for Conservation of Nature (IUCN).

An estimated 1.25 million pieces of plastic per square kilometre are to be found in the Mediterranean Sea, according to the report, which cites a study by the World Wide Fund for Nature (WWF). That estimate is almost four-times higher than that recorded on the so-called “great Pacific garbage patch” in the North Pacific Ocean, it adds.

Coca-Cola estimates it uses more than 200,000 tonnes of virgin plastic every year, but that it is committed to using 100% recycled or renewable materials in all of its plastic bottles by 2025.

It also wants to commit to a programme of collecting one can or bottle for every single one it sells by the same deadline.

The company said of its marine plastic bottle it “plans to roll out this enhanced recycled content in some of its bottles”, from 2020.

“This bottle is testament to what can be achieved, through partnership and investment in revolutionary new technologies,” said Bruno van Gompel, technical and supply chain director for Coca-Cola in Western Europe.

“In bringing together partners from across our supply chain, from a community clean up partnership in Spain and Portugal to an investment in technological innovation in the Netherlands, we have been able, for the first time, to bring damaged marine plastic back to food-grade material to make new bottles.

“Enhanced recycling technologies are enormously exciting, not just for us but for industry and society at large.  They accelerate the prospect of a closed loop economy for plastic, which is why we are investing behind them.

“As these begin to scale, we will see all kinds of used plastics returned, as good as new, not just once but again and again, diverting waste streams from incineration and landfill.”