John Pearce, CEO of Made in Britain, explores the notion of the circular economy and the reality for SME and larger manufacturers, and highlights the Green Growth Programme, designed to help create a more resilient and sustainable manufacturing sector.

The UK has one of the highest circular economy scores in Europe*, but what are the key metrics and which businesses are impacting them? Where is this already happening and, crucially, what are the economic benefits to creating a ‘regenerative’ business model?

Moving on from a linear industrial model

In theory, the circular economy is simple – keep as much product, and therefore value, in the economy as possible by recycling and reusing products that will otherwise reach their usable life span. All manufacturers are reliant on raw materials, which are becoming increasingly scarce. Coupled with this the idea that businesses can keep using and wasting materials is fast becoming outdated.

“Businesses must look beyond the current ‘take- make-waste’ model and focus on interconnected circular systems that aim to redefine growth and eliminate waste. This means gradually decoupling economic activity from the consumption of finite resources and ultimately designing waste out of the system.” Ellen McArthur Foundation

As the leading circular think tank, Ellen McArthur Foundation, points out businesses must look beyond the current ‘take-make-waste’ model and focus on interconnected circular systems that aim to redefine growth and eliminate waste. This means gradually decoupling economic activity from the consumption of finite resources and ultimately designing waste out of the system.

Circular economy comes into the limelight

Such is the increasing profile of the circular economy that last year the European Commission (EC) launched a circular economy action plan to embed the principles into manufacturing. As a result, the EC’s Sustainable Product Policy Framework proposal, part of the European Green Deal, will empower consumers and encourage manufacturers to deliver on circularity. It claims that the EU’s 2050 climate targets cannot be achieved without fully transitioning. 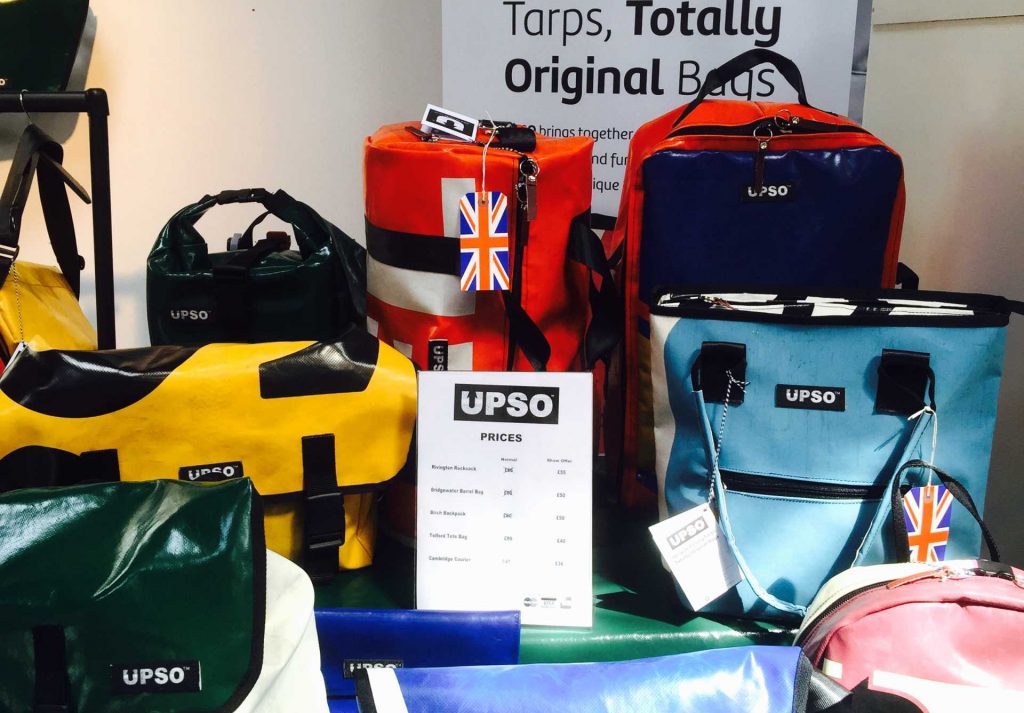 UPSO bags from Carradice of Nelson are made from upcycled lorry tarp, seatbelt and fire hose material otherwise destined for landfill. On foot or on two wheels, each UPSO bag customer is guaranteed a unique bag that will last for years. Image: Carradice of Nelson.

Not for British SME and larger manufacturers. Achieving a circular economy is possible, but it
comes with a long list of challenges, the first being awareness. Unlike many other sectors, manufacturers cannot ignore resource scarcity. Some are already taking action, appreciating that raw material is critical to producing goods.

Businesses are already working together to move from ‘production lines’ to ‘circular systems’ that guarantee every energy and material input and output is used efficiently or upcycled into another production cycle. These are the new ‘regenerative’ manufacturers and they are already operating in the UK.

Companies like Aquapak are certain that circularity is gaining traction, but it will take a huge cultural shift to have a significant impact – and no one doubts the urgency of action that is needed.

Manufacturers are already having frank discussions around the costs and benefits of circular models. The key part of the phrase ‘circular economy’ for manufacturers and businesses is the word ‘economy’ – keeping materials within the economy and eliminating waste makes sense from a business and financial perspective. But business leaders need to keep up and learn to interact with other sectors, especially the regenerative and waste handling sectors.

A mindset shift is needed as we transition to a fully circular economy. And with the countdown to COP26 (1-12 November, Glasgow) – when climate change targets will be addressed – there’s no better time than now for manufacturers in Britain to lead the world. They must embrace collaborative thinking to make a circular economy that works and makes sense for everyone.

Made in Britain is focused on creating a more resilient, sustainable and productive manufacturing sector. As a result, it has developed the UK’s first universal Green Growth Programme, in partnership with Cambridge Judge Business School, to reveal progress on sustainability.

Amongst the SMEs that are embracing the circular model is Telford-based Craemer, a leading wheelie bin manufacturer. Craemer demonstrated internal circularity when it minced up the plastic from a Manchester council’s wheelie bins and reused it to create newly-designed bins, giving their product an extra 10-15 years of life.

Rather than using the internal circular model, Blackburn-based luxury bag manufacturer, Carradice, became circular almost by accident 53 when it repurposed a stash of old lorry tarpaulins destined for landfill and turned them into bags. Within 18 months, Upso cycling bags launched, with a new customer base. Canvas costs for the regular range were increasing so it was a logical, money savvy business decision, and the SME had the agility to convert the opportunity. 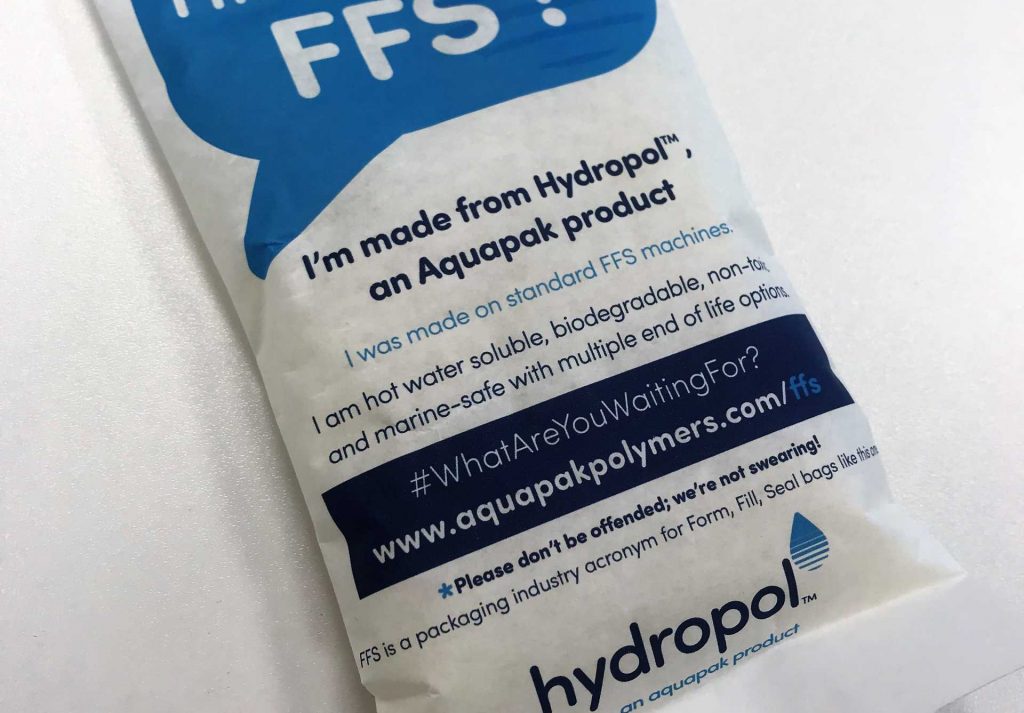 Using a Hydropol[TM] layer inside Form Fill and Seal (FFS) pouches makes it possible to recycle 100% of their paper fibre. Image: Aquapak

Birmingham-based Aquapak is tackling some of the challenges of circularity head on by taking an innovative approach to the complicated issue of plastic recycling. The company uses a polymer called polyvinyl alcohol (PVOH) which, unlike most plastics, goes straight down the drain and biodegrades safely. The company takes PVOH and turns it into a processable pellet called Hydropol, which can be used to make all manner of things recyclable, especially packaging, as part of a circular business model.

John Pearce is CEO of Made in Britain