Data is lifeblood of a business, systems manager says

Nick Bridgens, systems manager at Advanced Seals and Gasket Limited, talks about the current state of UK manufacturing, and he makes a positive case for the future.

Data has become a crucial part of every company. It enables manufacturers to reduce waste, make production processes more transparent or improve product and service quality, among many other benefits.

The Manufacturer spoke recently with Nick Bridgens about the importance of data for every business, ‘panicking’ about Brexit and his expectations around The Manufacturer Leaders Conference in Liverpool in November.

How would you describe the current state of UK manufacturing?

Fluid. There’s uncertainty about where the next orders are coming from, but that is really driven by political uncertainty rather than real demand slump.

There’s a lot of hype, so as soon as someone say panic, everybody panics when there probably is no need to panic.

That’s where we are at the moment. I don’t think there are real issues. The manufacturing is good. But there are people sitting there biting their nails and wondering what is going on tomorrow when in fact it is alright.

Why is there so much panicking?

Because the media is driving Brexit. There was a cartoon in the Telegraph the other day which said: “When they mentioned Brexit, they didn’t say that we were going to be talking about it forever.”

That is where we are, Brexit will happen, and it will change things, but there is so much hype with people predicting what is going to happen and everybody is panicking because of that uncertainty.

What do you think would make people calm down?

Just look at their own order book and reality. On the one hand, you get people at the panic stations, but then you have government stats coming out and it says actually we are doing OK. Weeks after Brexit, there was a sense the UK was going to fall off the cliff, and then the stats came in which said that no, we are actually doing OK.

Nick Bridgens will be a keynote speaker at The Manufacturer Leaders Conference in Liverpool in November.

In the end, it will be a positive outcome. The UK manufacturing will take the view that we have beaten the EU, we are going on the upwards and we can win, rather than being beaten into a corner.

What areas of the business are seeing significant success in?

We have looked elsewhere and changed suppliers and got better prices and where we are winning is where our competitors have just accepted the rise in prices, put their prices up to the customers and we are starting to win that business.

What excites you most about the future of manufacturing?

The Internet of Things. It is a bit of a buzzword. We have been connecting pieces of kits to the internet or networks for years and years and monitoring them. I am sitting here and I am looking at the stats for our printers in terms of how many prints we are doing on a monthly basis and so on.

It has been around, it is just with more people connecting to the internet, and more devices being connected to the network or networks you can manage more things, more easily from anywhere. It is the openness of the Internet of Things.

We have also been able to sit at a desk in London and work on a machine in West Bromwich. But there was a lot of proprietariness about it.

It is now totally open, so you can now go and buy your kit from one supplier and get your management tool from another supplier, knowing that they can talk to each other and you can manage them.

It has also become dramatically cheaper. This remote management of a piece of kit in terms of looking at the outputs has always been there. Because the cost of the technology has dropped down more and more pieces of kits are coming along with in-built controlled software and controlled hardware. 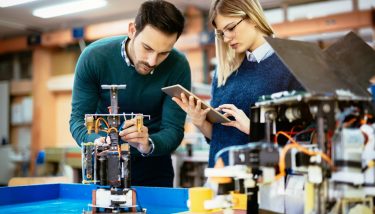 More and more things are able to look at it rather than having to go down to the factory floor and ask how many we have produced this week, we can actually do it from anywhere.

What will the audience learn from your discussion at The Manufacturer Leaders Conference?

I am more about facilitating, not educating. The round table discussions we had last year, were all about “I have got this kind of problem” and helping other people to talk through their problems and how other people help them solve them.

It is sharing information, sharing your problems. It is about getting more questions out of it than answers, that represents a step forward. They come with one simple question but they go away with more questions.

What are you hoping to learn from the two-day event in Liverpool?

Growing new ideas. Life is about growing ideas. I am old now but I need to learn more about how people are doing things, not just technically but as well emotionally and managerially.

How automated is your business, in which areas and why?

Relatively little in the factory; we have got some computer controlled presses, one of them is 25 years old so the automation has been there for a long time. The newer ones have got data feeds from CAD machines into them.

We are not into robotics, yet, because the technology of the machines has not changed particularly. The machines we have got which are 25 years old still do the job they were designed to do, which is stamp out a bit of rubber. The stuff that’s changing is that the newer version of the machines has better controls so you can set up and they run themselves with less input.

We have a lot of automation on the admin side in terms of processing stuff, for example we don’t print order acknowledgment and post them, we email them automatically.

An order goes on and as soon as the production manager gives it a production schedule date, the costumer gets a copy of the order acknowledgement with the dates in there. When they come off the factory floor we generate a delivery note and email an invoice at the same time.

None of this where people are sorting through piles of paper and posting pieces of paper, and all sorts of stuff. It’s a lot easier. 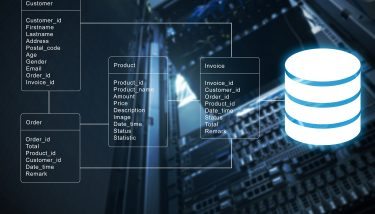 We have linked systems together. When I joined the company, we used to sit there with yesterday’s invoice lists and key them into Sage. That doesn’t happen anymore – it is just a few keystrokes and they’re imported.

What is your approach to exploring and adopting new technologies?

One of the benefits of the automation is: we have fewer errors. When we used to key in invoices every day, we used to make mistakes. Now because a feed directly from the system that generates them in the first place, you don’t get any errors. The exploring of adopted new technologies is that if we think it will achieve something, we will go that route.

But we will probably see where we can adopt it cheaper. You look at some of the stuff we look at and think that is pretty cool, but then you look at the practicality of it and realise that is not really relevant for where we are.

Investing 100s of thousands of pounds into something which is going to give us an extra 5k a year of turnover. For example, to be part of the Manufacturing Centre in Coventry, you have to have an investment of at least £150,000 – £200,000 at a time and we don’t do that, we are not in that sort of market.

We have got a turnover of £3.5m or £4m, and we like the concepts of some of the things, so can we do it a little more economically.

How important is data to your business today, and is that going to change moving forward?

Vital. Information is power, just little things like, I am sitting next to a sales department. “Ah yes Mr. Jones, click, click, click, you ordered that eight years ago, and yes that is what it is made of, yes we can still do it.”

What do you believe are the biggest challenges data-driven manufacturing presents?

Security. Making sure, that the information stays where it should be within the company. There is a need for our customers to have access to some of the information. And we are moving towards that. 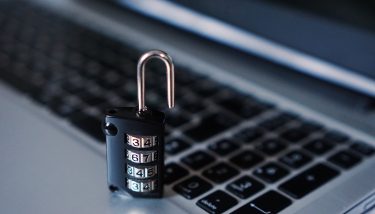 Rather than the customer is having to ask whether we are still on for delivery on this particular time and date, they can look at their version of our intranet on site and find out.

This obviously reduces our costs because we don’t need the people performing that role. But we need to make sure that we are secure in doing that.

What market demands are encouraging you become more proactive towards data and/or connectivity?

Staying ahead of the competition I think. We are more IT advanced than many Gas companies in the UK of a similar size, but we need to make sure we stay ahead, we stuff better, faster, cheaper and more economically. And that is what data and connectivity gives us is the competitive edge.