Manufacturers are increasingly eager to embrace the benefits offered by digital technologies, yet long-standing pain points remain. Jonny Williamson caught up with Stratus Technologies’ Jason Andersen to discuss the who, the what, the why and the how.

Digital transformation is increasingly being driven by the convergence of IT and operational technology (OT) systems, demonstrated by the increased blurring of disparate ERP and CRM systems into a combined architecture.

However, a digital transformation journey cuts across almost all business functions, unifying R&D, sales, production, distribution, customer service, finance, HR functions and more. Such a scenario presents a challenging question for executives, namely, “Who is ultimately responsible for driving our strategy forward?”

I recently sat down with Jason Andersen, vice president of business line management for global fault tolerant computer servers and software company, Stratus Technologies, who explained; “An organisation’s digital transformation strategy or approach really needs to be driven from the top.

“You can self-empower your people, but somebody at the top must take the lead and say let’s look at a different model, or this might be the best way for us to move forward. If that permission and, ultimately, funding comes from the top, then I think OT can take the lead, as long it acts in concert with the executive team.”

According to Andersen, a necessary part of driving a digital transformation journey forward is to achieve small, quick wins to gain momentum and executive buy-in. The key, he says, is to not focus all your efforts on cost efficiencies, but to consider increased or additional revenue streams.

“Saving money gets people’s attention, but making money gets people’s real attention. People will start to change their opinion in regards to digital transformation – particularly the Industrial Internet of Things aspect, when it allows them to achieve an ‘X’ percent increase in factory productivity, for example. Top line discussions, i.e. higher outputs, tend to be more powerful than those focused on the bottom line.”

Over the past 18 months, a wide range of discrete (Industrial) Internet of Things initiatives, products and test cases have come to light. However, the concept and associated technologies have yet to become widely adopted by most manufacturers – large and small alike.

That could be set change, though, Andersen noted, as he expects the coming year to be largely focused on businesses taking what has been learnt in a single test cell case or department, and applying it into real-world production lines.

“Ultimately, the cost of a pilot is going to be considerably lower than production deployment, and that cost needs to be justified,” he added.

“I believe, and already I’m starting to see, that 2017 will see executives and senior management teams sit down and discuss what IoT means to their business – past, present and future. As we move out of 2017 and into 2018, I expect to see those business cases result in adoption on a wide spectrum.”

One of Stratus’ large clients is an American company operating in the oil and gas sector. As a phase one pilot, it took the decision to upgrade the infrastructure and connectivity between each of its many compression stations.

Phase two built upon phase one by overlaying cloud-based real-time analytics and making that data available to the wider organisation. In Andersen’s words, the company is relatively “leading-edge”. Most businesses are only now looking at starting phase one or coming to the end and considering moving into phase two, he said.

“In terms of those which are leading the pack, you have the high-end and the high-volume, then there’s everyone in between. Many businesses operating in the high-end space have been actively exploring IoT for some time, mainly because the value of efficiency is that much higher.

“On the high-volume side, if you are moving a million widgets a week through a process line and IoT technology can see save you a quarter of a penny per widget, savings can add up and fast. In the middle is where companies appear to be lagging currently.”

To survive in an ever more competitive global industrial environment, manufacturers must be willing to invest in achieving greater efficiency – whether incremental or step change.

The cautionary tale is that there is always going to be a place where labour can be acquired more cheaply. Displacement of industry has been – and will continue to be – driven by the price of labour.

Consider, for example, the amount of production offshored to China on a global scale not so long ago. Today, rising wages across large parts of China, particularly along the coastline, has seen production being moved once again, this time to neighbouring countries the likes of Vietnam, Laos and Myanmar.

Within this context, the real battleground must be efficiency, said Andersen. “In the US, Europe and particularly the UK, there’s a very real opportunity within digital transformation and increased automation. It’s something which can, in every sense, have a geo-political knock-on effect.

“The more efficient your business can become, the easier it will be to attract and retain skilled workers, which in turn means your output is higher and of an even greater quality, alongside your internal R&D rising to the next level.

“We are already seeing high-value, low-volume production being reshored, and this is the reason why. It’s no longer purely about labour costs, it’s about keeping innovation, skills and experience in-house.

“That’s good for the business, it’s good for competition and it’s good for the wider industrial community. Production is already coming back and will continue to do so, but crucially, investing in efficiency improvements means it’s less likely to be offshored in the first place.”

Time for an upgrade?

Increased IT efficiency may be the goal, but how can a business balance the benefits of upgrading its server infrastructure, for example, with the associated cost of making such a leap?

When Andersen or one of Stratus Technologies’ technicians walks into a brownfield site, they frequently encounter systems which are decades old and desktop-based, rather than server cloud-based. Systems, which Andersen describes, as being largely “unreliable” for what’s being demanded of them.

“Manufacturers have a choice. You can talk about analytics, IoT and future-proofing, but if you look at the prototypical business, simply bringing in a server system with some additional capacity and professional services provides that business with what it needs to grow,” he explained.

“Making the decision to replace that opportunity with low-end, edgewise servers – essentially a desktop with some connectors in it – is not going to help futureproof your business. All you’re doing is swapping old for new; all it does is maintain the status quo.”

According to Andersen, there’s a better way of managing that transition. “If you’re able to, invest that bit more and put your business in the position of being able to take advantage of the next thing, and the thing after that, and so on,” he concluded. 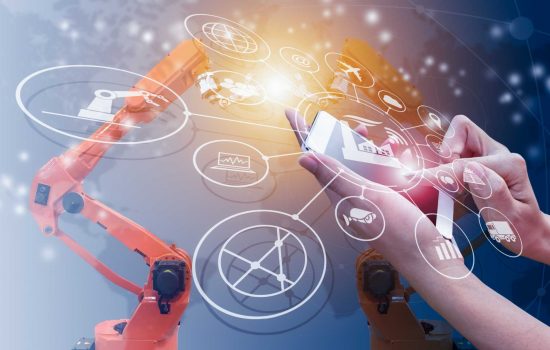