Dr Veronica Martinez, Assistant Professor at the Institute for Manufacturing (IfM), University of Cambridge, explains how new technology is transforming the satellite industry.

As new space tech companies enter the market, particularly in the commercial low-Earth orbit segment, the satellite industry is undergoing a rapid digital transformation. One of the key components driving this change is digital twin technology.

Over the past six decades, around 6,000 satellites have been launched into orbit, and space is now regarded, much like water or power utilities, as a critical national infrastructure.

Thanks to the increasing commercialisation of the sector, the exponential growth of space enabled data offers major opportunities to reinvent existing satellite services such as telecommunications, global positioning, weather forecasting and disaster relief. And, with new players such as Starlink, OneWeb, Amazon and other private investors helping to drive digitalisation, there is a strong strategic desire to provide value-added services in the space industry.

Digital twin capabilities used in other sectors (for example automotive and commercial aerospace) are increasingly seen as a key component of digital transformation and are pushing the technology into the satellite market.

In our work at the IfM, we wanted to understand the potential value of digital twins for the sector and, to develop a technology roadmap for digital twin implementation in the satellite industry. 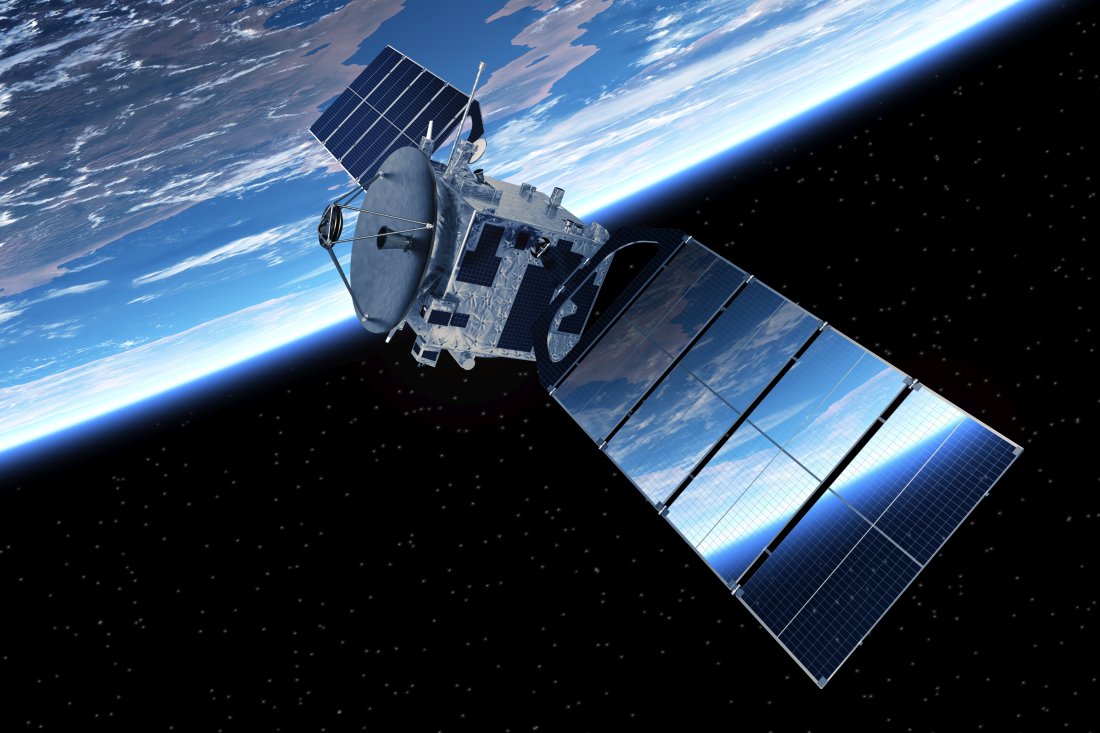 What is a digital twin?

Digital twins are used during the design phase for iterative optimisation. The information gathered about products during manufacturing is used in the operational phase. Currently, predictive maintenance is the most prevalent digital twin application in industrial practice.

Sputnik 1, the first artificial satellite, was launched in 1957 by the Soviet Union. It remained in orbit for three months before burning up in the Earth’s atmosphere. Since that ground-breaking moment, a number of spacecrafts have been sent into the Earth’s orbit and around the Moon, the Sun and other planets.

To date, there are around 4,500 active satellites orbiting the Earth. With $271bn in revenues, the satellite sector accounted for roughly three quarters of the entire global space industry in 2020.

From a market perspective there are three main drivers for the use of digital twins: digitalisation trends, space congestion and the growth of the sector in the US.

According to industry experts, space congestion, if not addressed, is set to become a serious problem. However, it is not only ‘space junk’ that is becoming an issue; the increasing number of active satellites can lead to signal interferences.

Digital twin technology could contribute to the reduction of space debris by, for example, using AI-based collision and signal interference prediction models. They can support existing tracking methods and enhance collision avoidance systems of satellites. What-if scenarios could be used to avoid potential collisions with debris while optimising fuel usage.

From a company perspective, increased service availability is one of the major benefits of implementing digital twins. Service availability is dependent on satellite performance, which is mainly determined by the satellite’s longevity, achieved through self-repair, and by the prevention of unintentional collisions or cyber-attacks.

Since technology is developing quickly, an accurate lifespan prediction is becoming more important. Digital twin technology makes it possible to model a whole set of scenarios in a safe environment and maximise performance by engineering out single points of failure as early as possible to ensure persistent coverage.

Reduced operational cost is also a significant benefit, arising from cheaper and better testing, and early risk identification. Testing in a safe, virtual environment reduces the cost of failure and risk detection prevents expensive losses. Live system testing today can sometimes take down the whole network. Simulating the satellite in orbit and how it contends with conditions such as radiation and extreme temperatures helps to de-risk the entire operation. 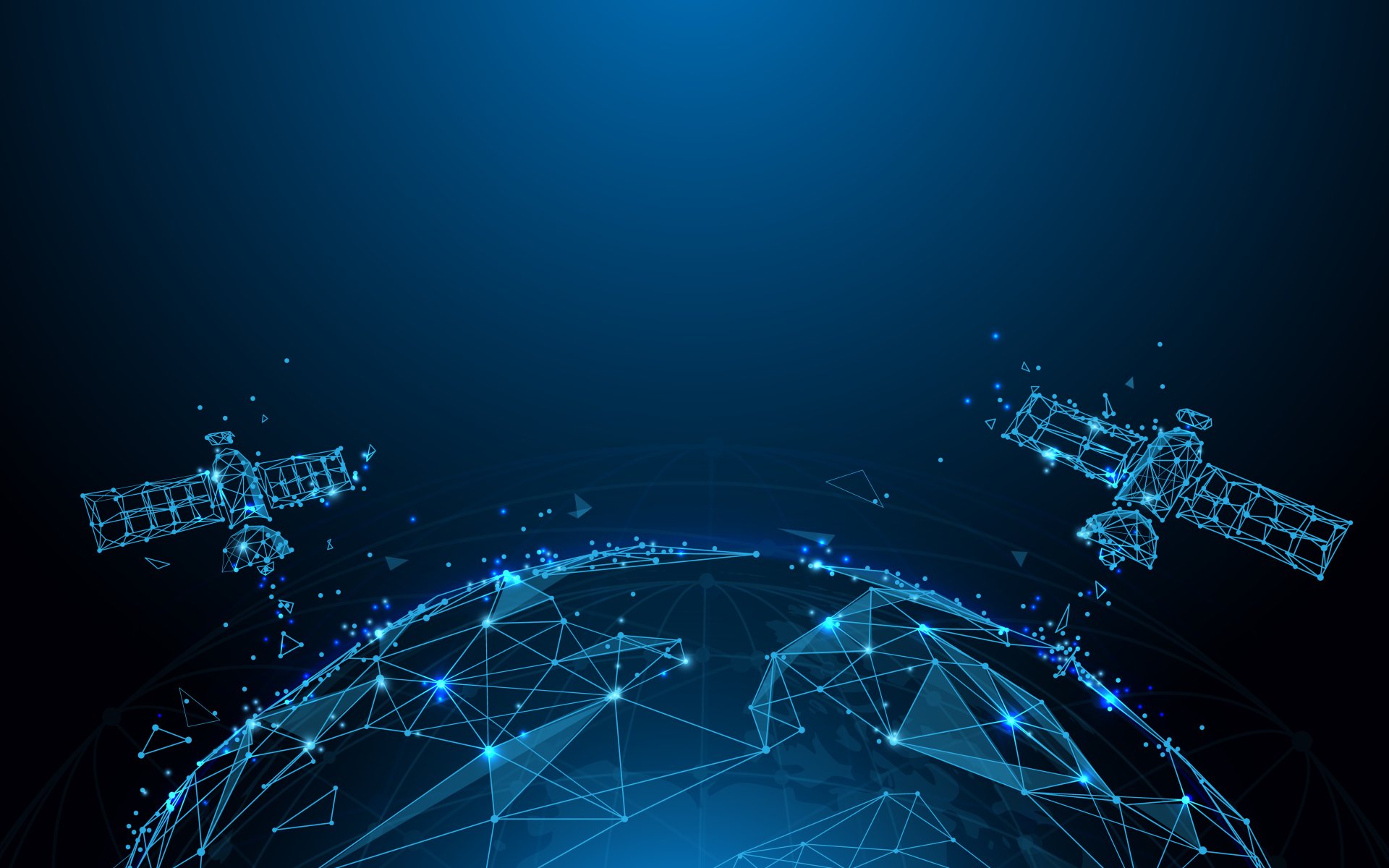 By developing a technology roadmap for the use of digital twins by satellite-based services, we wanted to bridge the gap between company strategy on the one hand, and technology on the other.

Thanks to a series of semi-structured interviews with experts across UK government and industry, whose specialisms ranged from satellite system design through to operations, we were able to build and validate a roadmap. The roadmap was then validated at a workshop with international aerospace company, Babcock International.

The roadmap outlines business models for digital twin-based satellite services and connects them with market and technology drivers, thereby bridging the gap between strategy, market and technology. The digital twin technology adds value at different levels, ranging from predictive maintenance to secure and resilient communications services, real-time monitoring the present and predicting the future, and ultimately, whole-system integration.

The satellite digital twin roadmap can also impact on the strategies of products and services on business and finances, healthcare, humanitarian crisis operations, military missions and galaxy explorations. It could be used by satellite businesses and networks, satellite operators and technology experts (as well as senior management).

The future of digital twins

We found that digital twin technology offers value on an operational level, on a communication network and security level or an integrated systems level.

According to Dr Rich Drake, Chief Technology Officer at Babcock International Group, applying digital twin technology to the ground, orbital and data architecture of satellite systems has significant potential to introduce new and alternative solutions for the space sector. “Digital twin capabilities, such as those we have researched, could provide novel ways to cooperate between suppliers, users and investors to stimulate further growth in space technology and agitate market demand,” he said.

However, despite the clear benefits, there will be some hurdles to the application of digital twins by satellite-based services.

For example, trust and acceptance of the technology is a significant barrier which needs clear quantification of benefits and communication across all players if it is to be overcome. Another issue is around data; getting the right data, the right data quality and establishing clarity around data ownership are often challenging.

Skills also present a challenge. In the future, firms seeking to compete by developing digital twins will require a digitally enabled workforce equipped with both technical expertise and a strategic, data-driven mindset.

The full report can be downloaded from the IfM website: ‘Digital twins: thought leadership in the satellite industry’