Posted on 3 May 2018 by Jonny Williamson

Growth in domestic orders wavered for small and medium-sized manufacturers in the three months to May, but export orders growth ramped up to the strongest on record, according to the CBI’s latest quarterly SME Trends Survey. 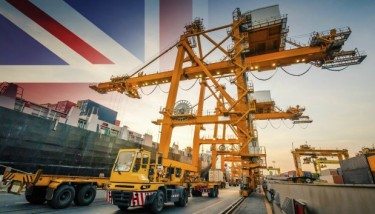 The survey of more than 320 respondents also found that output continued to rise firmly, albeit at a slightly slower pace than in the previous quarter.

However, optimism about the business situation was unchanged over the past three months, following a solid rise last quarter.

Indeed, prospects for the next three months are weaker, with export orders growth expected to slow markedly and domestic orders to decline slightly. Nonetheless, firms expect to maintain the same decent pace of growth in output.

Investment intentions were lacklustre, with plans for plant & machinery spending deteriorating to their most negative since just after the EU referendum. Firms expect to keep spending on buildings broadly unchanged, and while investment intentions on “intangible” areas (product & process innovation and training) were more positive, they also softened somewhat.

In contrast, numbers employed grew at a strong pace over the past quarter, and are expected to continue growing firmly over the next quarter.

Capacity pressures remained high, with the number of firms citing plant capacity as a factor likely to limit output rising to its highest on record (since October 1988). Expanding capacity was also increasingly cited as a motivation for new capital expenditure, also to the greatest extent in the survey’s history.

Concern over skills and labour shortages also remained elevated, albeit receding from the highs seen in recent surveys.

While cost pressures are set to ease a little, firms expect another strong rise in output prices over the coming three months, with export price inflation in particular set to pick up.

CBI principal economist, Alpesh Paleja explained: “The latest survey brings mixed fortunes. Export orders continue to go great guns, with SME manufacturers making the most of a lower pound and robust global growth, and output growth has continued to hold its own.

“But demand at home has flatlined this quarter and firms expect worse over the next three months, with exports orders growth also set to peter out. Cost pressures remain high, and investment plans have deteriorated.

“With challenges ahead both at home and abroad, it’s important that businesses have the certainty that they need to invest and grow. As a result, building on recent progress in agreeing a transition period, other hurdles on the Brexit path need to be cleared swiftly and in the same spirit of compromise.”

31% of firms said that the volume of output over the past three months was up and 13% said it was down, giving a balance of +17%. Growth is expected to keep at the same pace next quarter (+17%)

21% of firms said they were more optimistic about the general business situation than three months ago and 24% were less optimistic, giving a balance of -3% – a stark contrast to growth in the previous quarter (+22%)

34% of businesses reported an increase in total new orders, and 20% a decrease, giving a balance of +14% – the next three months are expected to see these orders flatten (0%)

36% of manufacturers said employee numbers were up and 10% said they were down, giving a balance of +26%. This represents solid growth, and is expected to continue next quarter (+17%)

43% of manufacturers reported an increase in average unit costs, and 5% said they were down, giving a high balance of +38%