Earth king gets a crush on lean

With more than 15,000 employees and over 50 manufacturing facilities around the world, few would argue that Terex was not true to its name, coined in 1968 from the Latin words “terra” (earth) and “rex” (king). Martin Dummigan, operations director for Terex Omagh, tells Lorenzo Spoerry how the mobile crushing, screening, washing and recycling industry specialist has created an lean, mean manufacturing machine at its Omagh base.

Terex has two manufacturing sites in Ireland, with a combined workforce of 1000 people. It sells its heavy equipment to industries as diverse as construction, quarrying, surface mining, shipping and refining.

Initially selling its products mainly in the UK and Ireland, Terex Omagh now sells its products around the world in South Africa, Australia, Europe, North America and, increasingly, the Far East.

Mobile equipment of the kind that Terex manufactures is much friendlier to the environment and much more flexible than competitive offerings, enabling the machine to be brought to the material rather than vice-versa. This can save the customer a great deal of money.

Its 400,000 sq ft facility in Omagh, County Tyrone manufactures for two brands of crushing equipment: the Terex Powerscreen and the Terex Finlay. The company has a full, broadline spectrum of crushing equipment which fall into three main categories: ‘jaws’, ‘impactors’ and ‘cones’. These represent about 99% of the business in Omagh. Within these three categories, the Omagh site manufactures in the region of 33 different product types.

Crushers are primarily used in quarrying applications, although there is also a large market for recycling of asphalts and concretes. In a typical train of machines a jaw crusher inputs into an impactor which in turn inputs into the cone. This results in primary, secondary and tertiary crushed materials at each stage and the rock is reduced to the required grade for the application. The machines can also work in isolation and, in addition, they can often be found feeding one of the Terex range of screening machines where the components are graded by meshes and conveyors into the resulting classifications.

The jaw crusher functions like a crushing mandible where the material enters the inlet and is gradually crushed smaller and smaller, exiting at the bottom of the chamber. An impactor, on the other hand, uses kinetic energy to strike the rock with hammer bars. The material is flung at high speed against crushing faces where it shatters into the required grade. A cone crusher can be thought of as a mortar and pestle; it produces the finest grades.

Supporting all of this technology is a tracked chassis platform with screening decks, conveyors, closed loop functionality, PLC and CANbus technology. The diesel and electric/hydraulic powertrains are also designed in-house and use state of the art engines. All of the equipment is designed using the latest suite of ProE 3D CADCAM technology.

The Terex Business System
The Terex engineers in Omagh pride themselves on their high speed-to-market-entry. “We’ve got an excellent research, design and development component on this site,” explains Dummigan. “Beyond that, we invest a great deal of time and energy into manufacturing engineering, where engineers examine the design and break it down into the most efficient necessary processes. The Terex Business System (TBS) is crucial to this process.

“It’s not dissimilar from the Toyota Production System.

A generic name for it is lean manufacturing. We are very strong believers in it and we aspire to be better than what we are.

We’re not yet as far along this path as Toyota, but we have an excellent groundwork in place in that everyone has knowledge of the processes.

At the moment, I’d say our strongest points are inventory data management, bill of materials management and process management.” Terex employ a manufacturing engineering manager at their Omagh site, who works alongside its lean promotion officer. “The lean promotion officer has responsibility for training the operators and teaching them the fundamentals of lean. These fundamentals include 5S (a workplace organisation methodology that emphasises sorting, setting in order, systematic cleaning, standardising, self-discipline and safety), workflow and identification of waste. We define waste to include waste of potential, waste of talent, waste of work in progress. In effect, the lean promotion officer acts as a kind of mentor to the factory.” The manufacturing engineering manager, who is proficient in lean techniques too, takes the concepts as handed down by Terex and applies them to his work. “This includes a whole host of measures” says Dummigan. “It could be implementation of Kanban, it could be process waste elimination, it could be operator training or it could be new product introduction. Primarily one of the things we focus on is new product introduction.” Terex develops new products at such a fast rate that the workforce spends a significant majority of its time integrating new products into the plant. “At the moment on my floor, we’re launching a new product – a large cone crusher for our Finlay brand – and a new impactor. We’ve just launched a very large jaw and we’re actively working on a few new crusher developments which will be launched in 2011.

For every new product, we need to set up the processes, cost the build and materials, cost the labour and cost the processes themselves. We then add up a combined total to get the true cost of the product. Because there are so many new products coming out all the time, we try and do lean in tandem with that, which is something of a challenge to say the least.”

The development of TBS
The Aerial Works Platforms division is one of Terex’ largest. It manufactures mechanical devices used to provide access for people or equipment to inaccessible areas. Faced with severe difficulties in the late 80s and early 90s due to competition in the North American market, it was one of the first of Terex’ divisions to take on board the concept of lean manufacturing.

“They really ran with it, to the point where they became true experts” says Dummigan. “The concept really drives their business. We use it as a training ground now, with lots of resources, lots of training materials and lots of criteria to gauge ourselves against.” “We don’t need to go and visit Toyota per se, or indeed any other global manufacturer. We’re capable of doing lean for ourselves. The challenge for us is implementing lean – which I feel we should be thinking about morning noon and night – at the same time as bringing in new products.

It’s tough doing both of those to the standards that we set ourselves.”

Employee engagement with TBS Terex operates a top-down approach called Hoshin Kanri whereby its objectives – defined in terms of market share, market segmentation and so on – are set at the divisional level. From there it filters down to all the various factories. “I receive those objectives here in Omagh and, along with our general manager, break them down into performance targets, quality targets, build schedule targets, ontime delivery performance targets and inventory targets.” “At present we’re finding new ways of achieving these targets. We spent many years training a large component of our workforce. What we’re doing now is training people to be Terex Improvement Process (TIP) leaders. We have TIP events where we focus on a specific problem – be it quality, delivery or inventory problems – and form a team of about eleven people to solve it. Over four days those eleven people step away from their normal nine-to-five responsibilities, go onto the factory floor and fix the problem.” A TIP leader will gather around him or her (Terex have a significant number of female TIP leaders) about eleven people and they go to a particular trouble spot – be it a bottleneck, a supplier problem or a quality, process, or layout issue. This TIP team will define the problem and, during the course of the first day, produce a ‘Situation-At- A-Glance’ overview. They then assess whether the problem can be fixed in four days before spending the remainder of the time available tackling the problem. Each day is measured according to strict targets set for each individual day. By using such a system, Terex insures that a great deal is usually achieved by the end of the fourth day.

“TIP events are the manifestation of trying to make an immediate improvement on the shop floor. Beyond that, there are important structural improvements you can make in terms of basic factory layout or factory process flow. All of these are important, but when you’re trying to do a lot of different things and you aren’t working at 100% efficiency these events are vital in making improvements quickly” says Dummigan.

Terex typically do one such TIP event a week. The company’s target this year is to do 46 TIP events. The program started when Terex took 18 people out of the business and trained them to be TIP leaders. These can be described as being the equivalent of Kaizan Black Belts in other companies.

“Our entire industry suffered a very significant downturn during the recession,” explains Dummigan; “unfortunately we lost a lot of our junior members of staff and, as a result, some of our training skills left with them. We were forced to manage the business for cash and for survival.

We’re come through it, so now we’re going back and revisiting old territory by rejuvenating TBS, which means retraining everybody once again. We expect to be doing a very great deal of that in 2011 and to be getting back into TBS in a big way, because we recognise how much it did for our business before, and how the company improved by using the system. We’ve retained the core competency at all times – that never left us. What left us were the time and the space to do it during the recessionary period.”

Raw materials, shedding the light
Terex Omagh’s raw materials are sourced primarily within the UK and Ireland, with some of its build materials coming from the sister Terex plant in Malaysia. Steel weldments and fabrications are sourced primarily from within the UK. Fiftyfive Terex employees work in a subsidiary factory in Coalville, Leicester. They manufacture products specifically for the Terex site in Omagh.

Energy efficiency Terex has embarked on a company-wide safety and environmental roadmap. “We’ve got a facility manager who’s been in the business for about two years now. He’s come up with a bunch of great ideas to make our energy use more efficient. We’ve set ourselves some initial targets above and beyond the laws and regulations that we, as a multinational organisation subject to a variety of different jurisdictions, have to abide by. In Omagh specifically, we’re committed to reducing our electricity spend in lighting. We’re now using LED, for instance, and other forms of energy-efficient lighting.

We’re also disposed of diesel-generation of electricity on site.

Computers are on idle-timing so that everything shuts down if left alone for a period of time (with the exception of safetycritical systems). We’re not yet world-class when it comes to energy efficiency, but we’ve definitely embarked on a journey in that direction. We have aspirations to be better each and every year. That’s the Terex way”. 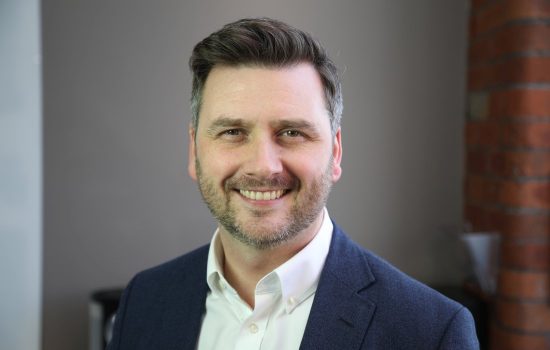