Economic impact and influence: why the AMRC matters to UK manufacturing

Some of the biggest private sector investments into UK advanced manufacturing over the last 15 years ‘would not have happened without the AMRC’, according to a new report confirming it as a ‘signature asset’ having brought more than £260m and 600 jobs to South Yorkshire.

The Economic Impact Analysis report by Lichfields sets out how the University of Sheffield Advanced Manufacturing Research Centre (AMRC) is a magnet for capital investment, acts as a lever for improved social mobility through its training centre, and supports a 520-strong high-value workforce that contributes more than £55m to the economy.

An executive summary has been published ahead of a formal launch for the report, which captures the economic benefits attributable to the AMRC, part of the High Value Manufacturing Catapult, during its first 20 years of operation. It looks at the impact made through innovation, research and development (R&D), education and skills, high-value employment, levelling up, and being a model that can be ‘exported’ to other regions to stimulate economic regeneration.

It shows that in 2019/20, the value of innovation activity undertaken by the AMRC – supporting industry by delivering step changes in productivity, increasing competitiveness, and developing new products and processes – totalled £32.1m. In addition, the centre unlocked a further £55.6m of private sector leverage or match funding, supporting the UK government’s aim to double the value of private sector investment in R&D by 2030. 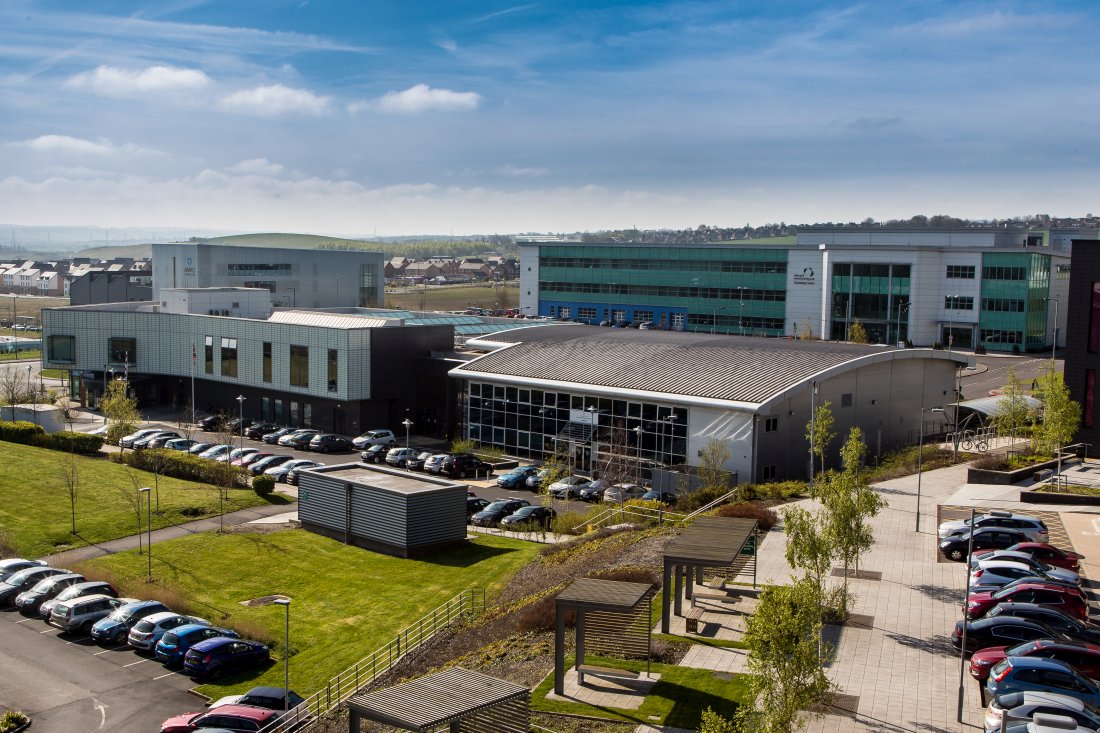 In the new report, Rachel Clark, director of trade and investment at the South Yorkshire Mayoral Combined Authority, says: “The AMRC is a key attractor of foreign direct investment (FDI) and an important part of South Yorkshire’s pitch to prospective investors. Some of the biggest investments into the area over the last 10 to 15 years would not have taken place without the AMRC.”

It is the first time the AMRC has directly commissioned analysis into its impact, having been founded in 2001 at the heart of the Advanced Manufacturing Park in Rotherham by Prof Keith Ridgway and local businessman Adrian Allen, with critical support from the University of Sheffield and aerospace giant Boeing.

Located on the former slagheaps of the Orgreave Colliery and Coking Works, the AMRC has played a ’key role in transforming the site into an attractive location for advanced manufacturing businesses’, drawing major inward investors such as Rolls-Royce and McLaren which have built facilities in the area, and helping the local economy to emerge from the decline of its traditional industrial strengths of coal and steel.

Data shows on average, the AMRC provided manufacturing innovation and technology support to more than 1,100 businesses each year between 2017/18 and 2019/20, and 42% of those were small to medium-sized enterprises (SMEs). It is also identified as ‘an important employer’, supporting 520 high-value, high-productivity jobs in 2021/22 – generating a Gross Value Added (GVA) equivalent of £55.8m per annum.

“From its iconic location on the former site of the Orgreave Coking Works, the University of Sheffield AMRC is not only a tremendous example of successful regeneration, but it is part of the fabric of our community, sitting at the heart of the flagship series of investments which are writing the next chapter of Rotherham’s economic history.

“It is a partnership that we value highly and with the AMRC’s knowledge and expertise, we can build on the growing cluster of green manufacturing in the region and support industry to drive and thrive in the low-carbon transition, creating the modern manufacturing economy of the future. We look forward to seeing it go from strength-to-strength over the years to come.”

A jewel in the research centre’s crown is the AMRC Training Centre with the report showing that since opening in 2013, more than 1,700 apprentices have been trained, working with 400 manufacturing firms. Of those apprentices, 80% live in South Yorkshire, demonstrating the important contribution the AMRC makes to upskilling local residents and ensuring local businesses have access to a pipeline of skilled workers.

“In addition, the centre helps to support improved social mobility and inclusion, with 50% of all learners from South Yorkshire living in areas of high deprivation during their apprenticeship,” the report states.

It also notes how the AMRC unlocks innovation activity ‘that could not otherwise take place’ according to its industrial partners and adds value by de-risking innovation; improving the leverage of R&D expenditure; providing access to dedicated R&D space and an unrivalled breadth of industrial expertise; and accelerating the commercialisation of research.

“The AMRC’s profile and reputation positions it as a signature asset for South Yorkshire, supporting the area’s efforts to attract inward investment from advanced manufacturers. This, in turn, has helped to create high value, high productivity jobs in the local economy,” says the report.

“The benefits of locating close to the R&D, innovation and training capabilities offered by the AMRC have attracted a cluster of advanced manufacturing occupiers to the Advanced Manufacturing Park in Rotherham, and the neighbouring Sheffield Business Park.  This includes globally significant businesses with strong ties to the AMRC including Boeing, McLaren and Rolls Royce.

“In total, it is estimated that £260m of investment has been attracted across both sites – at least in part – by the presence of the AMRC, resulting in the creation of 600 jobs.”

AMRC CEO, Steve Foxley, said: “It is fantastic to see the impact the AMRC has had over the last two decades in black and white. This Economic Impact Analysis perfectly demonstrates our strengths: driving national innovation, magnetising investment into South Yorkshire and creating a pipeline of manufacturing talent.

“However, the report similarly highlights where we must improve and that is in moving the productivity dial for manufacturers in the regions in which we operate. If we are to maintain our impact we must commit to helping companies on our doorstep improve their processes, upskill their workforces and cut their carbon footprint.

“We should see this Economic Impact Analysis report as a hinge point for the AMRC: it confirms how well we have done in the past and illustrates how we can do even better in the future. We have a great story to tell, but we can raise our game.”

The success of the AMRC to stimulate regeneration and growth has seen it become a model that can be ‘exported’ to other areas of the UK, according to report, with AMRC North West established to catalyse investment and development on the Samlesbury Enterprise Zone; and AMRC Cymru developed to leverage the AMRC’s technical expertise to support delivery of Airbus UK’s ‘Wing of Tomorrow’ programme, which was seen as critical to safeguarding 6,500 jobs at Airbus and thousands more in the supply chain.

Investment into the regions is also bearing fruit. A recent independent assessment carried out into a programme run by AMRC North West, which supported 207 SMEs with access to advanced manufacturing expertise and equipment, showed that for every £1 invested in delivering the project, £4.51 was generated in the economy.

The programme, paid for through the European Regional Development Fund, also helped create nine new jobs and safeguard 40 others, and helped drive innovation and commercialisation with 68% of SMEs reporting making progress towards bringing to market a new-to-firm product or service as a result of support through the programme.

Another highlight of the analysis report is the AMRC’s commitment to collaboration with academia to help industry access the best research relevant to their needs and give real-world insights into ongoing academic programmes. The AMRC currently has 29 collaborations with UK universities and a further three with European academic institutions.

You can read the executive summary for the Economic Impact Analysis report here. The full report will be available soon.