Jonny Williamson speaks with Dr Eric Mayes, CEO of Cambridge-based Endomag – the pioneering firm behind a new diagnostic tool that could end the postcode lottery for cancer staging.

Every year, almost 55,000 people in the UK are diagnosed with breast cancer. Globally, that number leaps dramatically to 1.7 million, with more than 520,000 deaths. 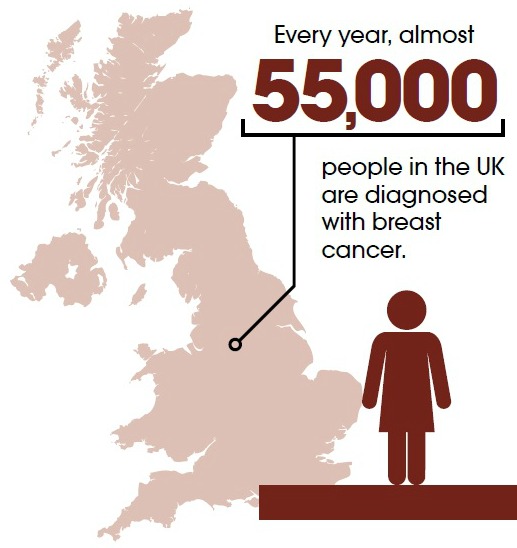 The current accepted method for determining whether breast cancer has spread lies in locating and identifying affected lymph nodes – small bean-shaped organs that form an important part of the body’s immune system.

This method may provide the greatest results, but the technique itself hasn’t always proven to be the most effective.

Prior to 2010, a patient would typically have all of the lymph nodes in their armpit region surgically removed for analysis. If the cancer had indeed spread, then a decision was made as to whether chemotherapy or radiotherapy was necessary; if it hadn’t, the patient was in the clear.

Unfortunately, removing upwards of 30 lymph nodes is an invasive, lengthy procedure, one which risks causing nerve damage to the patient, alongside potentially limiting their ability to drain lymph fluid to the arm. This leads to a build-up of fluid – lymphedema – and necessitates the patient wearing an onerous compression bandage for the rest of their lives.

“If cancer had spread to these lymph nodes, surely it would affect one or two before spreading to the rest,” explains CEO of Endomag, Dr Eric Mayes.

This notion led to the development of sentinel lymph node biopsy (SLNB), a technique that became the standard of care around five years ago.

According to Mayes, though an improvement on previous techniques, SLNB didn’t present a perfect solution.

The procedure sees a patient being injected with a radioactive tracer which flows along the same pathway that a cancer cell would follow and is taken up by the lymph nodes. Using a Geiger counter, a surgeon is then able to locate the affected lymph nodes and remove only those.

“SLNB solved the issue of lymphedema, but as well as being costly, the radioactive isotope has a half-life of only around six hours, which poses two conditions. Firstly, how far away from a major medical centre a patient can be and still undergo this procedure; and secondly, if the surgery gets delayed or moved forward for any reason, the patient effectively times out and the process has to be repeated. You also have the logistical challenges associated with handling and disposing of radioactive materials,” Mayes describes.

As a consequence of these conditions, upwards of 50% of the patient population in Europe and the US are unable to receive the best standard of care.

Mayes and his team at Endomag have developed a magnetic solution that addresses all of these issues, and more.

Substituting the radioactive isotope with a magnetic material negates the need for a special licence, it can be injected just prior to surgery so there’s no need for a patient to stay overnight, and it has a three-year shelf life, removing the availability issue.

Sienna+ is the company’s subcutaneously injected tracer capable of being detected in minute quantities, which – when combined with the Sentimag, an instrument which generates an alternating magnetic field to magnetise the iron oxide particles in Sienna+ – offers ultrasensitive detection, yet intuitive location of sentinel lymph nodes.

“The procedure involves injecting Sienna+ near the tumour, or underneath the nipple in the case of breast cancer, where it flows into the lymph nodes. After 20 minutes, there’s sufficient material to be detected by the Sentimag.

“The surgeon then runs the wand over the body, marks the positon where the highest beep is heard, makes an incision and the wand is used intraoperatively to continue taking the tissue down until the node can be removed and sent to histology to be analysed,” describes Mayes.

Following several years of research and development, and substantial trials in the UK and Netherlands, sales of Sienna+ and Sentimag began in 2012, with Endomag’s revenue achieving triple digit growth over the past three years.

Currently the products are being sold in 18 countries across Europe – with France, Germany and Spain proving particularly receptive; and more than 6,600 patients have been treated to date.

New medical innovations don’t typically achieve such rapid success, but Mayes cites the fact that SLNB is already a well-established procedure as being significant.

“The material and technology employed may have changed, but the technique is essentially the same, which aids adoption. We’ve designed the system to be as familiar to surgeons as possible, leading to a minimum amount of retraining required,” he says.

Mayes describes 2015 as potentially a breakthrough year for Endomag, with a pivotal FDA trail started in the US in January – the conclusions of which are due shortly. Closer to home, he notes that though Endomag has achieved some modest sales in the UK, the country tends to be one of the more challenging markets.

“Now that more than 10 different clinical trials have been conducted and shown that Endomag’s technique is clinically equivalent to the previous standard of care, we are now in the process of gaining the support of additional UK centres to help drive a more widespread adoption,” says the CEO. 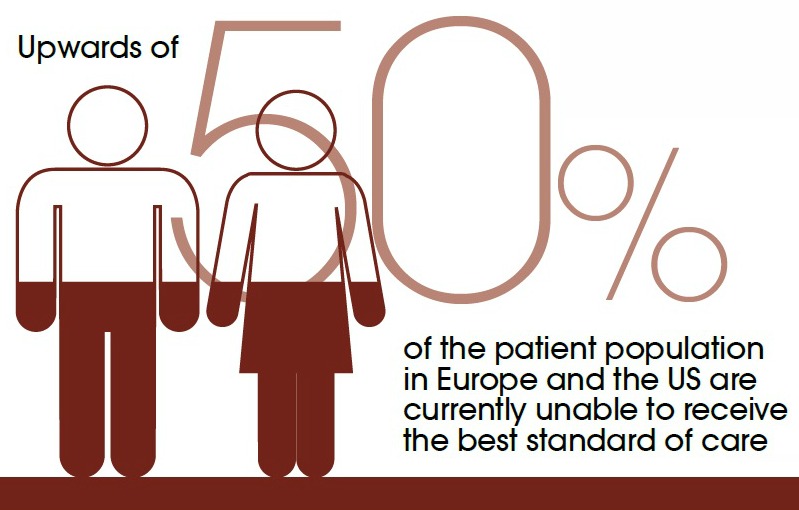 Looking further ahead, Mayes predicts a positive future for Endomag, with the company expanding and diversifying its operation.

“Sienna+ and the Sentimag are equally effective at detecting other forms of cancer, with surgeons across Europe being so convinced that our system could be used for new indications that there are a number of clinician-led trials currently ongoing.

“At the moment there are people looking into various potentially applicable solid tumour cancers, including head; neck; prostate; thyroid; melanoma [skin], and cervical cancer. Though before our procedure could become the standard of care for each, larger studies are needed to confirm that the concept is indeed beneficial,” he says.

On a final note, Mayes hints at a potentially future project fueled by Endomag’s June 2014 acquisition of the magnetic hyperthermia assets of the US-based Actium Biosystems.

Though the primary application of Sienna+ is to locate lymph nodes, a secondary characteristic of the magnetic material allows it to be heated up.

What Actium Biosystems – and others – discovered, was that you can heat up a tissue so much that the tissue is destroyed, though that tends to have a lot of collateral damage to the healthy tissues nearby.

However, if you heat up the tissue to a relatively high fever temperature – around 42°C, the tumour becomes stressed and more susceptible to chemotherapy or radiotherapy.

The impact on the patient outcome is effectively a doubling of the pathological response, i.e. rather than two in four dying, only one of them would.

“That transition is likely to take five years or more until we have our adjuvant hyperthermia system on the market, but it’s a very exciting time,” Mayes concludes.

In May 2015, Endomag – along with fellow UK companies, Artemis Intelligent Power and Victrex – was revealed as this year’s finalist for one of the nation’s most prestigous engineering innovation prizes, the Royal Academy of Engineering MacRobert Award.

Synonymous with spotting the ‘next big thing’ in the technology sector, the MacRobert Award is the UK’s longest running national prize for engineering innovation. Since 1969, the Award has identified world-changing innovations with tangible societal benefit and proven commercial success.