Energy: let the sunshine in

There may not be any such thing as a free lunch, but it is possible to reduce its price dramatically, through cutting the cost of electricity by up to 20%. 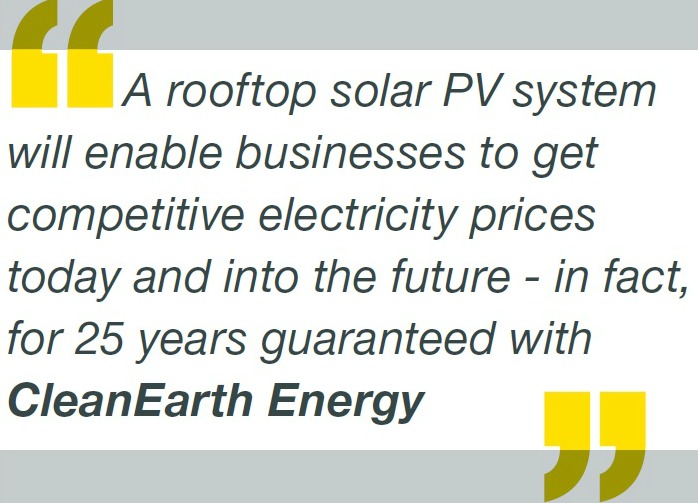 Across the country, the roofs of commercial premises are doing a good job in protecting factories underneath from the weather, but they could be doing so much more, according to CleanEarth.

“Manufacturers should be looking at all opportunities for energy efficiency and this includes solar PV, despite the uncertainty created by the expected cut to the Feed-in-Tariff following the Government’s consultation,” said Kevin McCormick, commercial director.

Energy costs have been a major business headache for the past decade at least, but as the prices of oil and gas have fallen so far, is there still the same urgency?

“We firmly believe that the price of electricity will continue to increase over the long term” he replied.

The ongoing management cost of solar PV is very low – the Sun rises in the morning, sets at night and pours massive amounts of energy onto the Earth, whether it’s cloudy or clear, day after day.

Most companies are letting all that potential energy go to waste and it need not be an expensive undertaking to turn the situation round – in fact it can be at no cost and no risk.

“CleanEarth offers free installation and a full service, including on-going performance measurement and maintenance throughout the contract,” McCormick explained.

The company operates the system and acts like a generator and supplier. The customer gets first call on the electricity generated by the system, which is likely to cost 20% less than what they are currently paying, even after the Government’s review of the Feed-in-Tariff.

Any surplus electricity is sold to the National Grid.

“Solar electricity has to make commercial sense if it is to have a long-term future,” he said.

“We have seen the price of solar panels falling over the past five years and they are expected to continue to fall over the rest of the decade. It is heading towards being able to stand on its own two feet.” 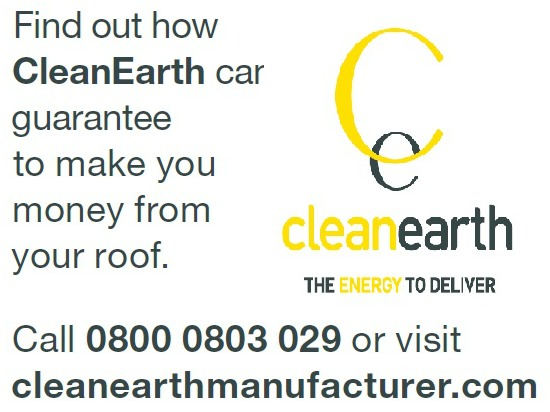 On-site rooftop generation still makes a lot of commercial sense. But will it work in the UK’s watery sunshine?

“It’s about irradiation levels,” McCormick explained. “When we undertake a site survey, we use the client’s location and local irradiation levels to determine the potential opportunity and a solution which meets our client’s needs.

McCormick’s company is offering free installation, service and support of an efficient and cheaper source of electricity, which also helps to reduce carbon footprint and its associated costs.

The new age of solar is dawning and CleanEarth is ready to help manufacturers cash in.