In January, Policy Connect launched Exported by Britain, a campaign to promote exports, showcase firms exporting successfully and encourage manufacturers to look beyond their current markets, but the critics think Government is missing a trick. TM finds out more.

Exports have become a key component in UK industrial strategy. To address this area, Government has hatched Exported by Britain, to elevate the export debate to the top of the cross-party agenda, widen public importance, promote good examples of exporting, and share resources for companies looking to export. 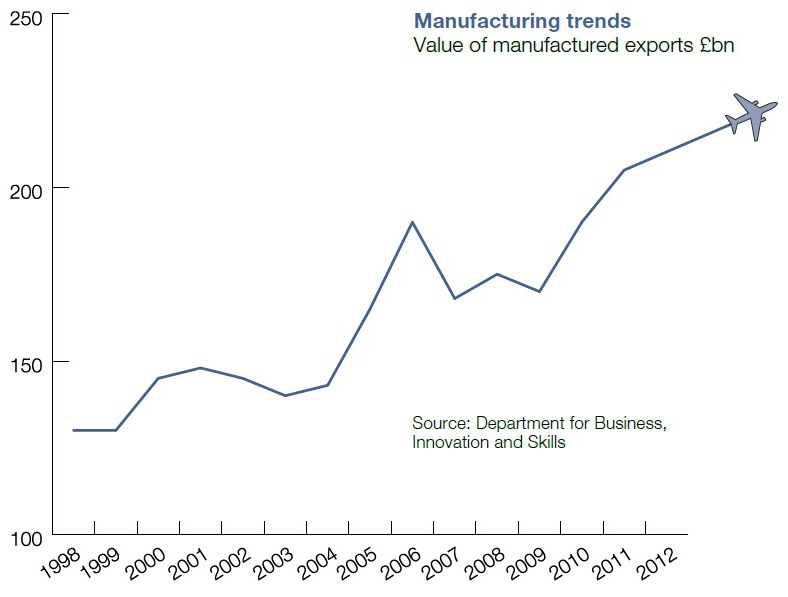 As part of the campaign, the All- Parliamentary Manufacturing Group (APMG) and the All-Party Design & Innovation Group (APDIG), both members of Policy Connect, will use the initiative as an expansion on the success of their previous project, Made by Britain, to ensure that exporting is of paramount importance to bolster the UK’s future economic position.

As part of the campaign to inspire more UK businesses to start exporting, the APMG and the APDIG will write to every MP to ask them to nominate a product exported from their constituency.

Rt Hon Stephen Timms MP, who gave a speech at the event, nominated Lyle’s Golden Syrup. All nominated export examples will be shown on an interactive map and the campaign will close with a parliamentary reception before the beginning of recess. 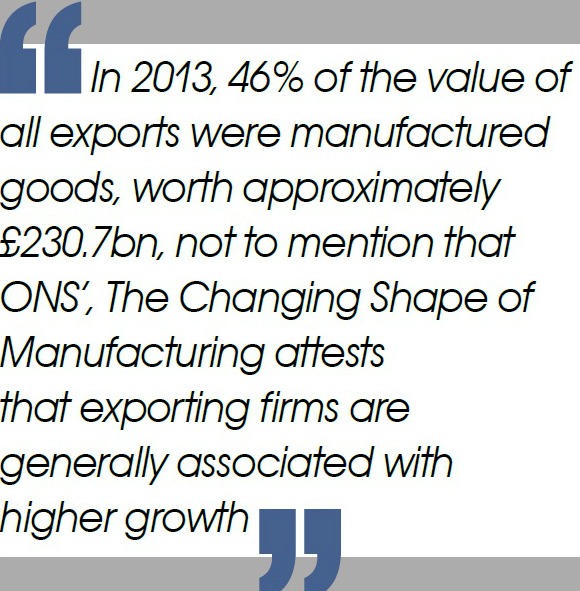 According to BIS, manufactured goods account for a large share of total exports compared with their share of national output. In 2013, 46% of the value of all exports were manufactured goods, worth approximately £230.7bn, not to mention that ONS’, The Changing Shape of Manufacturing attests that exporting firms are generally associated with higher growth.

So there’s never been a better time for firms to look to other markets to begin exporting, but it was clear from opinions at the event that although the initiative is a great idea in principle, Government needs to dig a little deeper to ensure firms begin exporting.

Making use of trade federations

Industrialist, manufacturer and non-executive director at the British Coatings Federation, Peter Rieck, said the Government was “missing a trick” by not utilising trade federations in its export initiatives.

He underlined that UKTI and the Chambers of Commerce are often the perceived places to go, “but by their very nature are only half the answer”. He told TM, “UKTI have some excellent tools and Chambers of Commerce may have a broad range of contacts, but often it is not until associations and federations combine these with industry specific knowledge and tailor the UKTI material to suit their sector that initiatives become far more effective.” 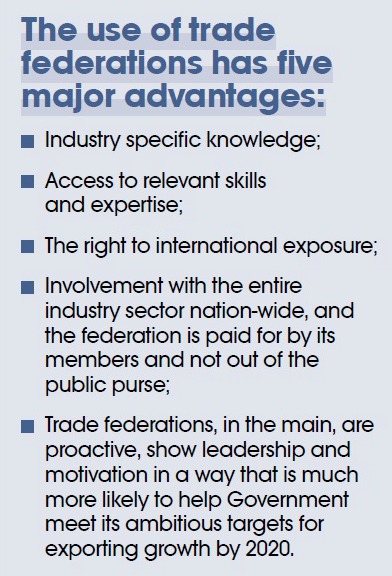 According to Rieck, trade federations are in a unique position as they not only work on a national basis but within an international network. He elaborates, “Trade federations have a singular insight into the operations, activities and needs of their members and the industrial sector where their members operate.

“They are also the natural ‘go-to’ for SMEs that in many cases form up to 80% of the membership. A good Federation should know more than anyone else about the needs and requirements of its members.”

“Not every manufacturer enjoys the universal coverage that engineering enjoys and yet there are many in smaller less high profile sectors that manufacture mission critical products and materials without which automotive and aerospace companies and others could not function.”

Additionally, he explains that an active federation is fundamental to encouraging networking between multinationals, large, medium and small companies in the same industry.

“Government should make use of trade federations as hubs to deliver initiatives, collaborate on the design and creation of programmes and direct their members to the most appropriate providers,” he continues.

“Federations would then be in an even stronger position to generate meaningful feedback to Government on the effectiveness of its initiatives and improve the focus of new initiatives.

“This is even more poignant where exports are concerned; it is for example no use introducing an industrial high-tech paint manufacturer to an agent for packaging in Brazil, whereas the right federation such as the British Coatings Federation would use UKTI initiatives linked to pertinent international connections to dramatically increase chances of success.” 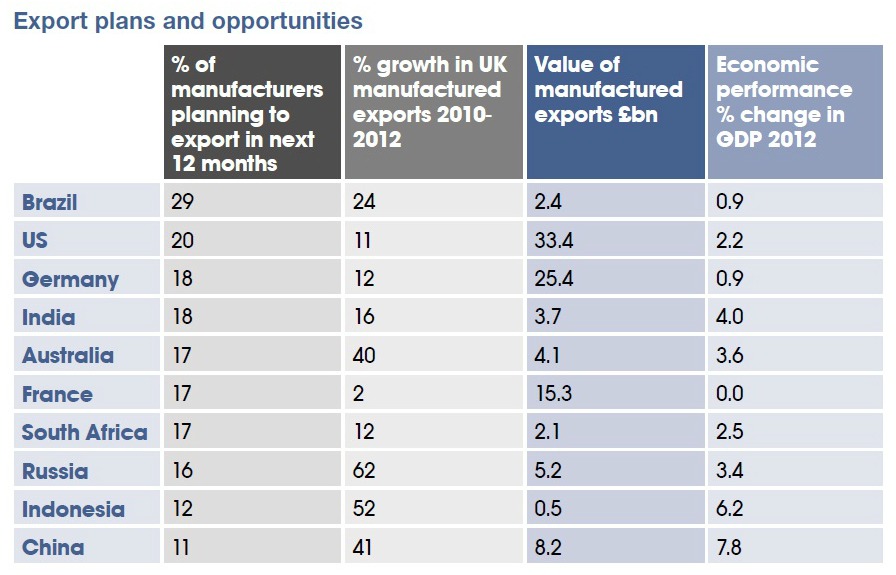 While Government initiatives like this are testament to its enthusiasm for rebalancing the economy, the manufacturing community needs closer support to really ease its transition into exporting.

As Rieck says, manufacturers are often overwhelmed by “lack of knowledge, fear of the unknown, a ‘foreign and unfamiliar’ environment, culture, language and risk”.

He adds, “Frequently the quagmire of regulation, finance, credit and control would put exporters off. But finding the right partner who can be trusted, has a presence in the market, understands the customers and gels with one’s company is one of the biggest hurdles.”

Rieck is adamant that with the support of trade federations, companies of all sizes can have access to useful initiatives, knowledge, help and information.