Robots are commonplace on manufacturing assembly lines, but what can they offer the chilly world of ice-cream making? The short answer is ‘plenty’, as Maddy White discovered.

Imagine working 16-hour days in -30°C. It would be demanding to say the least, but that’s exactly what a one-year-old KUKA robot, nicknamed ‘Cookie’ does, stacking pallets of cookie dough (destined for a US ice-cream maker) in the freezer at Macphie Ltd.

The Glenbervie [near Aberdeen] based bakery manufacturer invested in Cookie to make its processes more practical, productive and safe. Macphie produces hundreds of bakery ingredients and food supplies in seven specialist categories from its three locations across the UK, and exports to more than 30 international markets.

When its Scottish factory started operating four years ago, sub-zero robot technology was not yet available to manufacturers, according to operations director, Neil Freckingham, so it was not until last summer that Macphie invested in Cookie.

“How practical is it to have a man stacking boxes of frozen dough in -30ºC?” Freckingham, who has worked for Macphie for nearly a decade, asked rhetorically. He told me that before Cookie’s installation, Macphie had an employee working in the freezer stacking cookie dough boxes onto pallets.

The employee would try and stack as many boxes as possible before having to leave the Arctic conditions. Keeping the stacker frostbite-free meant the freezer door had to be repeatedly opened, leading to moisture ingress, which quickly turned to frost, and then ice on the floor.

“We knew we had to do something, we had to automate the process in the freezer because if our product defrosts even slightly, it clusters and can’t flow into the ice cream manufacturer’s processors correctly. It was absolutely vital to keep the freezer room’s temperature levels consistent,” Freckingham said.

Cookie doesn’t need much maintenance and is a ‘robust technology’ he added. Therefore, aside from its initial installation and programming, the robot operates autonomously.

When idle, Cookie periodically goes into what the team at Macphie call its ‘dance routine’. This involves Cookie autonomously performing a series of pre-programmed movements. It is so cold in the freezer that if production stops and Cookie remains stationary for too long, then its joints, lubricants and electrical contacts will start to frost up or may even seize. So, every few minutes, it goes into dance mode to ‘keep the chill out’. 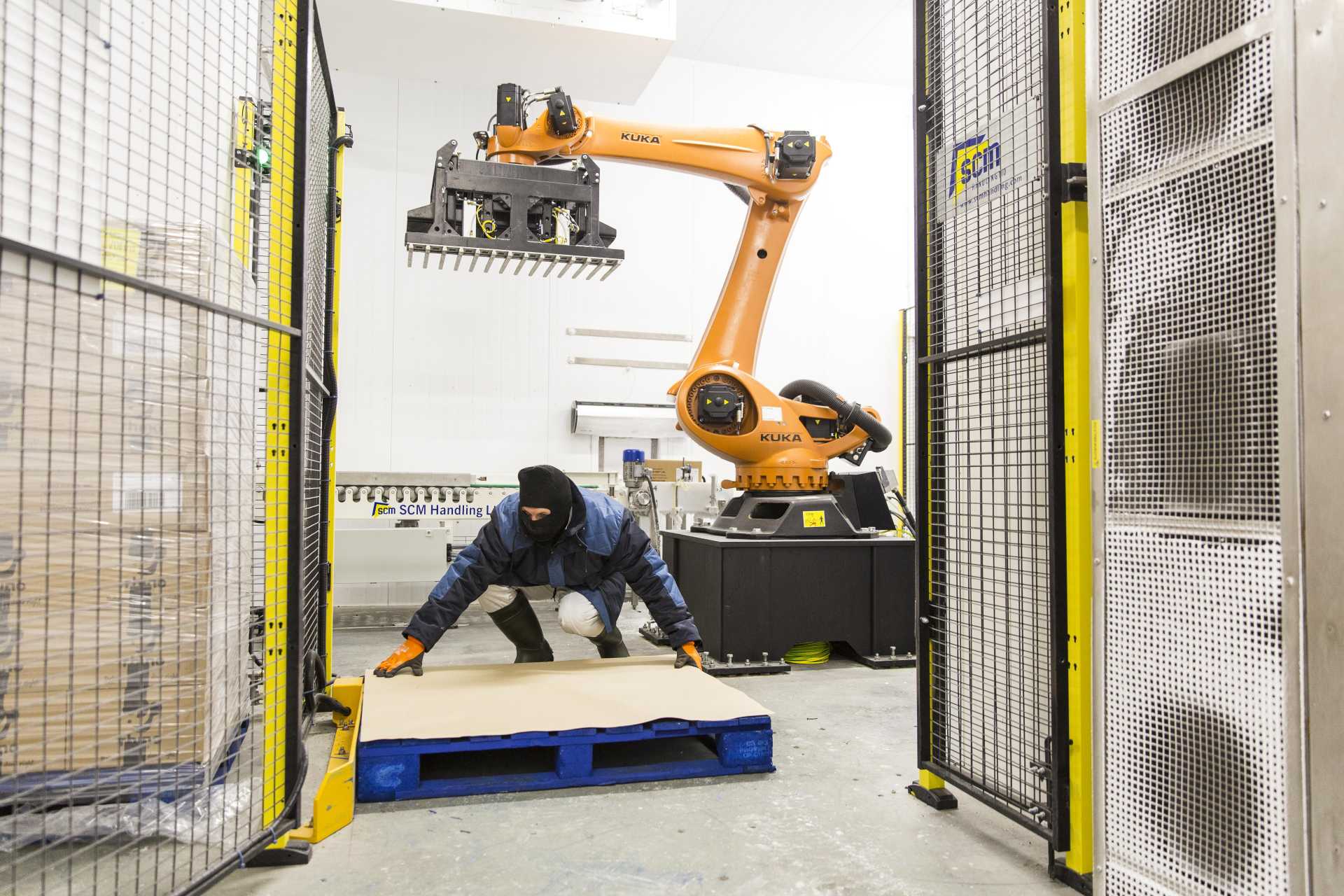 Cookie was not Macphie’s first foray into robotics. In recent years the business has invested in five other robots at the Glenbervie facility and put in place numerous automated processes, including fillers, box-erectors, stacking and boxing, and box-tapers.

All the robots are reconditioned units, previously used in the automotive industry. Re-purposed robots are “very, very good value”, and can be installed and commissioned at around a third the price of a new machine, Freckingham explained enthusiastically.

The move toward factory automation

Two things have driven Macphie’s automation journey. First, they’re based in North-East Scotland, which means they’re operating in a region heavily influenced by the high-paying oil and gas industry, so labour is more difficult to acquire.

This led to the company making a virtue of a necessity and seizing a golden opportunity to introduce automation for the more routine jobs, rather than over-stretching an already scarce pool of labour.

The other influential factor was revising and reducing the amount of manual handling at the facility, which “has to be a positive thing”, Freckingham said.

He explained that introducing robotics and automation to undertake repetitive jobs has been a key strategy across the company over the past five years. The KUKA robot and process automation has removed a significant amount of manual handling, 25,000 tonnes a year in total, enabling the Macphie workforce of more than 300 to develop and up-skill. 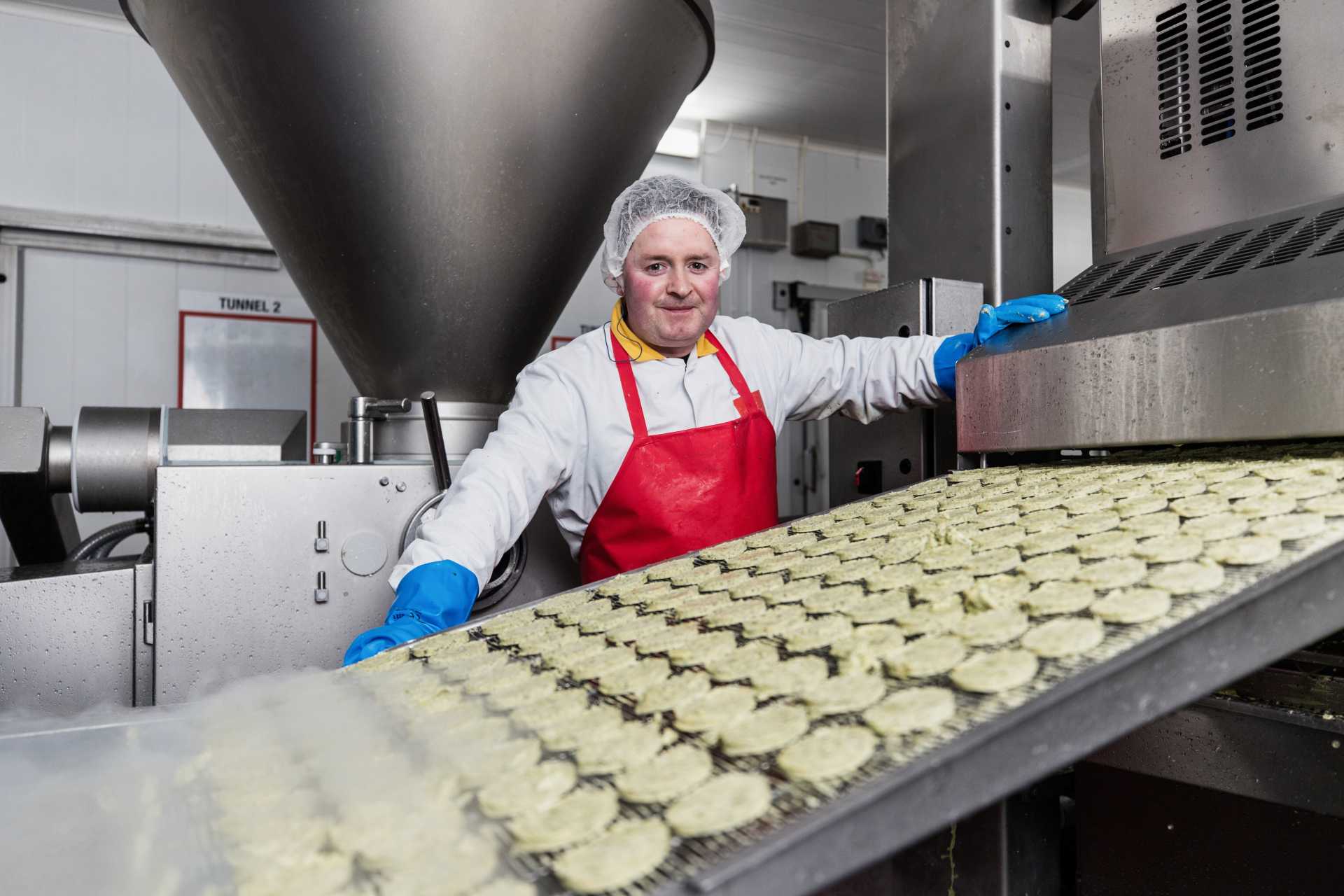 Since the factory opened, output has almost tripled, with engineers now needing to be trained in robotic programming and fault-finding, a vital task in maintaining smooth-running operations.

However, Freckingham emphasised that automation and the human workforce do need to work in tandem for productivity to be maximised. Furthermore, some of their products are cooked, bespoke, or very small batch with short lead times, and these product areas do not lend themselves to automation.

The investment has clearly paid off. From frost-free, freezer-based 16-hour-day working and autonomous maintenance, to improved safety, an up-skilled workforce, and increased output, this manufacturer is succeeding in its mission to optimise its forward-thinking production processes. 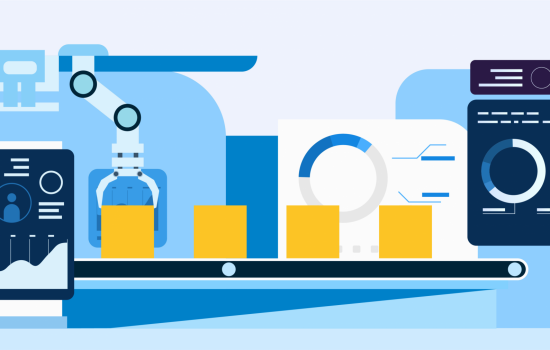 Innovation and Technology at the Manufacturing Automation and Robotics Symposium