Today Fanuc has launched the strongest robot in the world, the M-2000iA/1700L.

The highly flexible M-2000iA/1700L robot appears to defy gravity, with the ability to lift and position entire car bodies effortlessly.  Servicing a variety of manufacturing industries, the robot can perform both simple and complex tasks lifting payloads of up to a staggering 1.7 tonnes, and a reach of up to 4.7 metres to increase operating freedom.

The robot’s six axes and strong IP7 protected wrist makes it an agile weightlifter, moving and placing objects within a large defined working area to an extremely high degree of precision.

Chris Sumner, vice president of Fanuc Europe and managing director, Fanuc UK said: “We identified a need to increase the efficiency of the heavy materials handling process for manufacturers, specifically within the automotive industry. As the world’s strongest robot the FANUC M-2000iA/1700L brings us into a new age, redefining factory automation capabilities.” 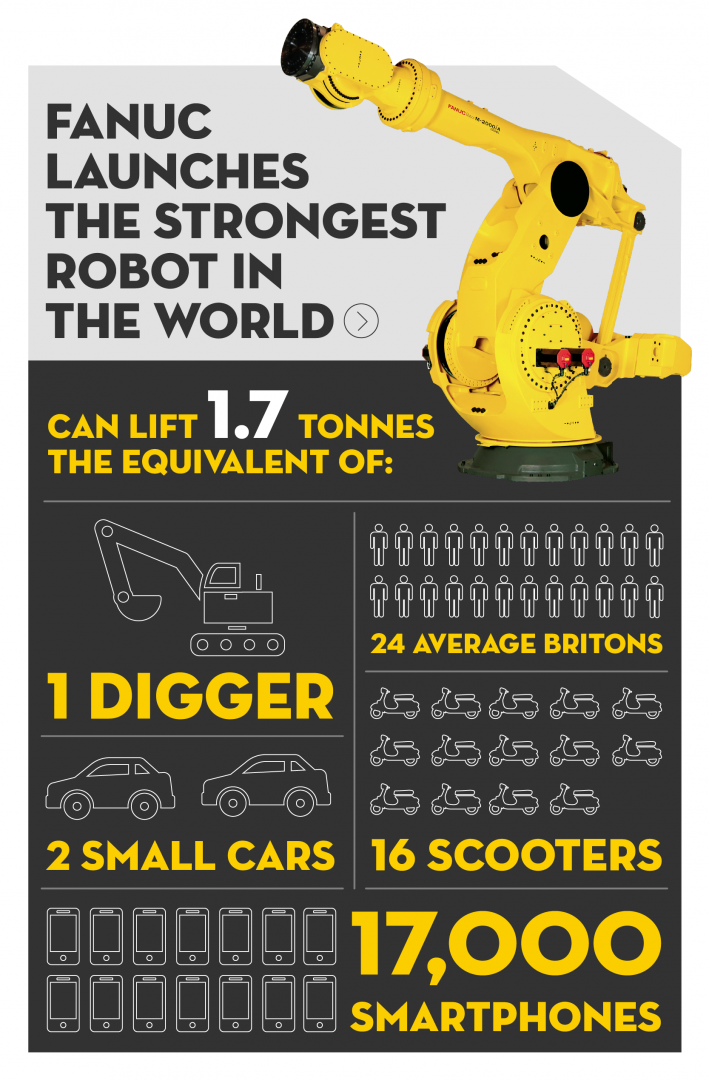