Women’s fashion brand David Nieper, which designs and manufactures all its ranges in its own factory in Derbyshire, is rolling out the UK’s first digital printing plant for jersey fabric.

A £3m investment by the company is to extend its in-house production by opening a high-tech hub later this year, a development also capable of handling new collaborations with other designers and producers.

“This move will create jobs and sustainability,” said Christopher Nieper, managing director of the firm that has grown every year for the past 25 and turned over almost £18m in 2017.

He explained: “It needs machinery and special skills to work on jersey because of its stretch. British-made now has a value we could have only dreamt of a few years ago.”

Set up in 1961, the business produces eight collections each spring and autumn with stylish, comfortable garments in natural fibres for all occasions its speciality.

Designed for women in their 50s and upwards, sales are mail order through its catalogue and website. A third of its output is exported and in Europe the company has offices in France, Germany and the Netherlands.

Some 87% of its 300 plus employees are women, with many in senior management and board room roles following internal promotion.

IT package for handling exports

The firm has already developed its own IT package for handling exports, but according to Nieper, there is one problem hanging over it, a continuing skills shortage, a knock-on effect from the industry shrinking from 900,000 workers in the 1970s to 34,000 today.

Commenting on the government’s apprenticeship levy, Nieper said, “it rules don’t work for fashion manufacturing, and now the company pays into something it derives no benefit from.”

Nieper is calling for profound reform and suggests the introduction of a learning and skills tax credit would be more beneficial.

The company is prioritising education, with the firm taking a major role locally supporting both primary and secondary schools, and also through university scholarships and fashion skills training.

“From the first sketch to the final stitch we are in charge—,” Nieper says, “but we should not be unique.” 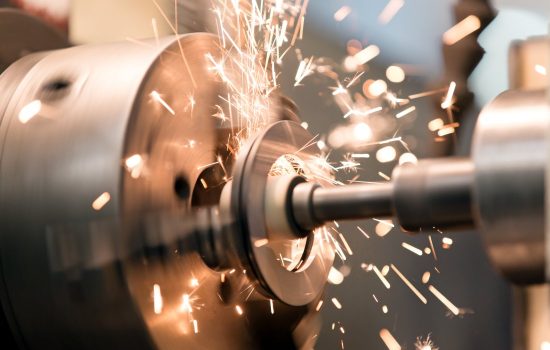