The Government has today published its response to the Robotics and Autonomous Systems Special Interest Group 2020 Strategy, stating that it recognises the need to build on local and national investment to support this technology and to raise the profile internationally of the UK’s world-class position in robotics.

The Government has also confirmed that it will implement the creation of a Robotics and Autonomous Systems (RAS) Leadership Council to enable industry, academia and Government to collaborate on the planning and execution of the RAS strategy.

Business Secretary Vince Cable commented: “From driverless cars to life-saving surgery, robotics and autonomous systems are playing an even bigger role in business and our day to day lives. 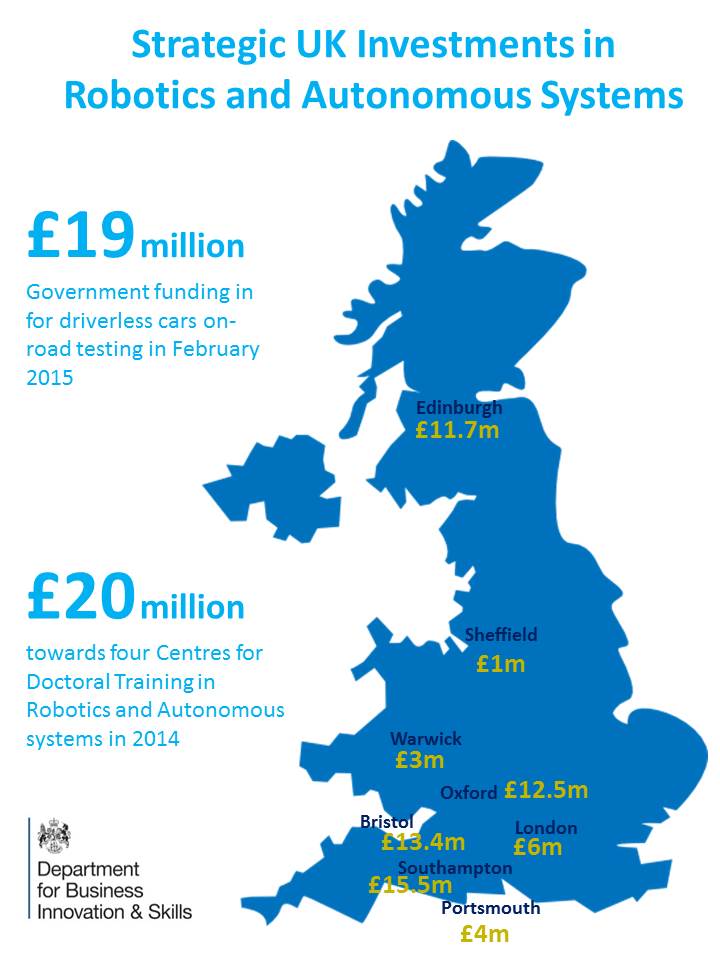 “Our response is clear – we are serious about grasping the full potential of this multi-billion pound industry to help drive local and national growth, and are putting in place the mechanisms to make this happen.”

Universities, Science and Cities Minister Greg Clark said: “This response to the Robotics and Autonomous Systems 2020 Strategy demonstrates our commitment to strengthening the UK’s research and innovation capability in this exciting arena.

“By building on these recommendations and consolidating our existing strengths, we will develop a world-leading position in robotics and autonomous systems that will change industries, create jobs and support economic growth.”

The Government will build on the UK’s existing robotics and autonomous systems research and industrial capability to ensure that future growth and success is enabled across a broad range of core industrial sectors, such as aerospace, nuclear and automotive; in addition to enabling new capabilities in emerging cross-sectorial issues like demanding environments.