Govt and industry to fortify UK business from hackers

Leading technology firms have partnered with the government to beef up online security measures, enabling UK businesses to operate with greater efficiency and productivity.

The Department for Business, Energy and Industrial Strategy (BEIS) has announced a raft of investment projects backed by industry, designed to thwart online threats from malign actors who could cause “revenue and reputational harm” to areas of advanced technology and UK defence systems.

In the next phase of its Digital Security by Design initiative, backed by Google and Microsoft, the government has joined forces with software developer ARM and plunged £36m in a project to develop new chip technologies that are reportedly more resistant to cyber-attack.

The average cost to business of a single IT breach that results in a loss of data or assets has increased by more than £1,000 since 2018 to £4,180, according to BEIS.

And while strong passwords and regular software updates are an adequate defence for the public, a more robust solution is needed to defend vital areas of British industry.

New chip technologies coming from the project have “the potential to prevent hackers from remotely taking control of computer systems, as well as targeting cyber-attacks and breaches”, said BEIS. Adding that greater protections would enable “new business opportunities and help boost productivity”. 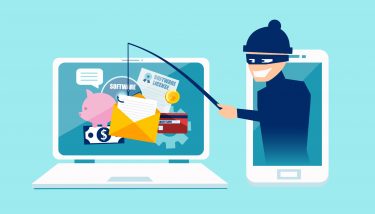 A further £18m has been made available through the government’s Strategic Priorities Fund to tackle the dangers of misinformation and online fraud coming from a wrongful use of data and privacy abuses.

“The project will help understand what businesses (and individuals) need to reduce the harm they are exposed to by using online platforms and will aim to develop more trustworthy technology,” said BEIS.

“Incidents of impersonating organisations online, viruses or other malware like ransomware cost the UK economy millions of pounds in lost productivity.”

This investment is in addition to £1.9bn the government is already investing through its National Cyber Security Strategy.

A radical shift in how technology companies deal with cyber-threats in a world of a trillion connected devices is paramount for achieving truly robust security, according to ARM chief architect and fellow, Richard Grisenthwaite.

“Our first step is to create prototype hardware, the Morello Board, as a real-world test platform for prototype architecture developed by ARM that uses the University of Cambridge’s CHERI protection model.

“It will enable industry and academic partners to assess the security benefits of foundational new technologies we’re making significant investments in,” he said.

As faster connectivity in the form of 5G rolls forward, around 40% of businesses see the risk of cyber-attacks as the most concerning aspect of the new high-speed mobile network, according to research from EY.

This concern is reflected by the World Economic Forum (WEF), which lists cyber security as a top concern for businesses across the globe.

Manufacturing has also become the most targeted industry sector in the UK, representing 46% of all cyber-attacks in 2017, according to research by NTT Security.

BEIS’ Toshiba alliance is one of six projects under a new five-year Prosperity Partnership initiative backed by £40m of public, industry and university investment.

Delivered by UK Research and Innovation (UKRI), major industry leaders, including Jaguar Land Rover, Eli Lilly and Company, Toshiba Research Europe, Microsoft, M Squared Lasers, Siemens and Nikon will team up with universities and academics to help develop the technologies of the future.