Honda Civic – An ugly duckling not a beautiful swan

Yet more negative news has rocked the UK automotive sector. Honda has announced 800 jobs are to be lost at Swindon plant. By Ernst Stavro.

There have been several different views as to the reason for this with the company itself blaming weak demand across Europe.

Now I’m not suggesting that is wrong but I do think there is another factor in this story.

It seems to me that the decline in demand is down to the fact that the current Civic just isn’t very pretty compared to its predecessor.

The previous generation Civic, manufactured from 2000 to 2006, was a fantastic motor car. I know this very simply because I’ve had the pleasure of owning one.  There has been one in our family from new and I was the proud owner for just over two years (it’s still in the family and still going strong).  Affectionately known to all as ‘Hilda the Honda’, the reliability has been impeccable and it is a joy to drive.

The appeal of this generation of the car was vast; driver’s young and old, including those in the modified car scene setting their sights on the Type R – which maintains cult status even now.

However, I think with the generation produced from 2007 onwards including the recent facelift model, it has simply lost its appeal visually – but are buyers swayed to other cars in the class based purely on the look and disregard Honda’s reliability record?

It’s a tough one but when looking at the appeal of BMW’s 1 series, Audi’s A3, Renault’s Megane and Vauxhall’s Astra. They are all, in my opinion, better looking cars.

Nissan and Toyota are the same in that it is difficult to make a direct comparison with other manufacturers in the sector. Honda maintains that UK sales figures are strong but clearly they are not that strong.

Perhaps a Civic facelift could also benefit from a re-branding exercise. While Volkswagen’s Golf and Ford’s Fiesta have maintained the name legacy of their vehicles, others have changed. Toyota’s Corolla was, for instance, superseded by the Auris.

It must be mentioned that one endorsement for some will be the current generation Civic’s performance in the British Touring Car Championship (BTCC).

They pairing also won the Teams Championship in both seasons. This was particularly impressive considering the first season the car was entered was in 2010 – Neal finished 2nd, Shedden 3rd but even then they won the overall Teams Championship in that season – quite a performance for a debut car.

Now I don’t want to beat Honda up and I’m not questioning their reliability nor am I questioning Honda’s ability to produce cars that are a joy to drive or be a top player in innovation and development in the automotive sector.

I think they just designed a car people don’t like the look of and with all the other better looking cars in the class they have lost the ability to entice new customers wanting a good looking car.  They are capable of designing good looking cars, the 2013 US model Civic, revealed Los Angeles Auto Show last year is an example they haven’t lost this ability – maybe the current UK car is the ugly duckling and the next generation will be a very fine swan indeed – we’ll all just have to wait and see.

Ernst Stavro is a guest blogger for The Manufacturer whose keen interest in the automotive industry has been developed during a 10-year career focused on promoting UK manufacturing. 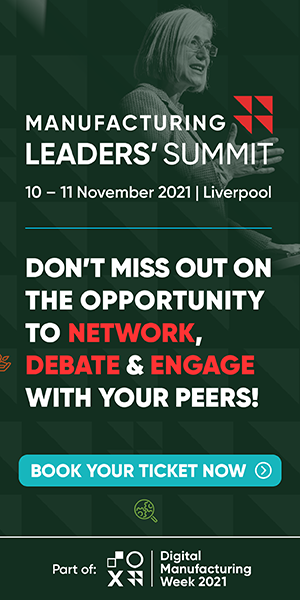