How a multinational consortium is redefining the future of Additive Manufacturing

The Large-scale Additive and Subtractive Integrated Modular Machine project is the culmination of a nearly £4m cross-industry collaboration to create a revolutionary hybrid manufacturing machine that could have a significant impact on a multitude of sectors.

The three-year LASIMM  programme, which had input from Autodesk and BAE Systems and was funded by the EU’s Horizon 2020 programme, was the collaborative effort of 10 global firms to develop a 3D printing machine that could also incorporate several other unique and critical functions, such as milling, metrology, and testing, all in a single technology.

Having demonstrated the technology’s effectiveness in a number of test cases across construction, shipbuilding and architecture, LASIMM’s programme leaders are looking for ways to take the technology commercial.

Critical members of the consortium include the research and innovation team at software company Autodesk, and British architectural design and engineering firm Foster + Partners, who were also end users of the technology. 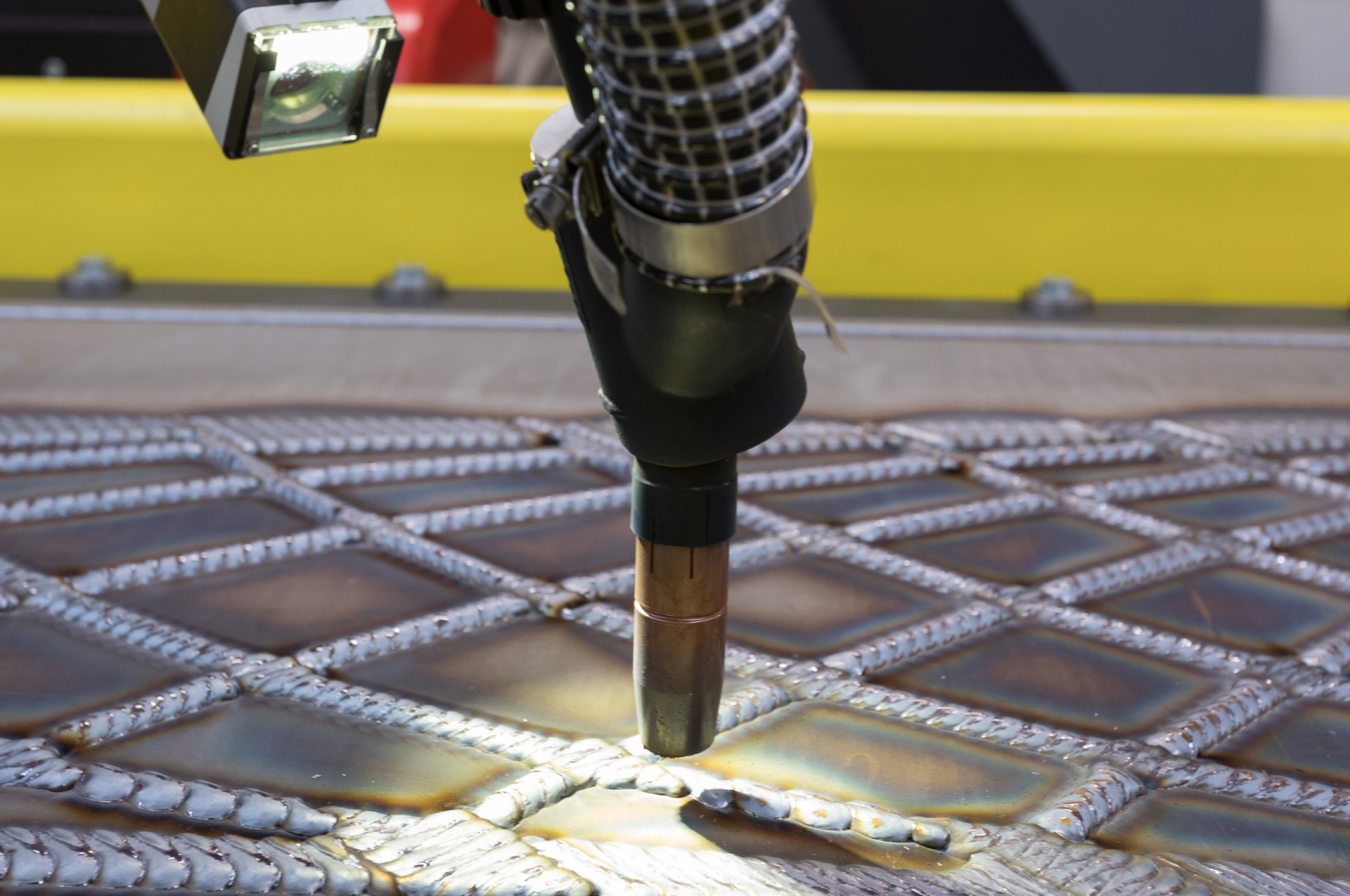 In this exclusive roundtable Q&A, The Manufacturer sits down with Johnny van der Zwaag, project manager for research and innovation at Autodesk, and Samuel Wilkinson and Joshua Mason, associates at Foster + Partners, to discuss the evolution of the LASIMM project and what it means for UK manufacturing.

What is the LASIMM project?

Samuel Wilkinson: It’s an EU-funded R&D programme, which ran from 2016 to 2019. The objective was to develop a hybrid manufacturing machine, for 3D printing steel and aluminium parts, and to integrate other manufacturing processes such as milling, metrology, non-destructive testing and cold work.

We wanted to demonstrate we could potentially add these extra processes all into a single machine and have software that would integrate the whole system. And that this modular framework is not fixed to one configuration; you can add in different robots or scale it.

The software, which was Autodesk’s role, would be able to drive different versions of the machine. There were three end users – us (Foster + Partners), representing the construction sector; BAE Systems, on the aerospace defence side; and Vestas, in the energy, wind turbine sector.

Each was charged with creating a demonstrator case that we could build a part for on the machine. That case was also representative of what we’d want to do with the machine in the future.

What were some of the challenges involved?

Joshua Mason: I think trying to negotiate designing a demonstrator part for the type of fabrication that we were doing – so actually defining the tool path, understanding how that would affect the material as it’s printing.

And then the effect of subtraction on the large part was definitely new territory. So, milling out a big, complex feature changes the properties of the piece as the process goes along. There were quite a few unknowns in terms of the effects that would have on the performance of the piece and the reaction to it as we were milling or printing.

Why was the project based in Spain – and to what extent is this a UK manufacturing project?

Johnny van der Zwaag: The consortium consists of 10 partners and one of the partners, Loxin, was based in Pamplona, Spain. Loxin is a PKM (Parallel Kinematic Machine) manufacturer and they had some equipment from a previous project which we were able to reuse in the LASIMM project.

We could therefore build on top of a past EU project as a starting point, which helped with our available  budgets to do more work. We didn’t have to spend all that money again on the same equipment. And Loxin had a large facility in Spain where we could do all the integration and build the demonstrators.

Samuel Wilkinson: A PKM is essentially a large robot which is quite rigid compared to a normal robotic arm like a Delta robot. It has three triceps elements coming together so you can do milling with it, which you can’t do with a normal robot.

The critical feature of a Delta robot is its use of parallelograms in the arms, maintaining the orientation of the end effector. (The project utilised one PKM robot for SM and two Delta robots for AM – see diagram below.)

How critical was the EU Horizon funding – and how much was involved?

Samuel Wilkinson: The total budget was close to £4m across the three-year programme. Funding for this type of programme really comes down to being able to bring together a quite diverse group of companies, and we were quite a ragtag bunch.

You’ve got universities from the UK and Portugal, you have software companies, you have different market sectors coming together, you’ve got hardware companies, so I think bringing together that group of people to actually do the project is quite difficult to achieve, especially at the pre-commercialisation phase.

Johnny van der Zwaag: One of the reasons for doing this sort of project is to help mature the technology that we’re trying to use here, Wire Arc Additive Manufacturing (WAAM), and that’s not something a single company can do by itself.

We needed universities for some of the core knowledge, we needed machine integrators to do some of the pilot, we needed some input from end users so we can expand, understand and then slowly mature the technology, and then hopefully spark spin-off companies who can then take this sort of technology to market.

Joshua Mason: For any of our individual companies to try and do a project like this would be cost and knowledge prohibitive. So, that impetus to get multiple big companies that don’t normally work in a cross-disciplinary like this, at least on our core work, was really an amazing opportunity which the funding afforded.

Johnny van der Zwaag: It’s also one of the reasons why the EU funds this sort of project – to help establish connections between different companies throughout Europe to spark this sort of innovation.

What stage is the technology at now?

Samuel Wilkinson: Well, there are different elements to the machine. We usually use technology or manufacturing readiness levels, which is an accepted way of seeing where things are at. Different components of the machines are currently at different levels.

The machining is obviously quite high level, because that’s been around for a long time. And the additive welding, we brought that up to TRL 6. (Technology readiness level 6.)

Then there are other aspects lower down, such as the non-destructive testing (NDT) which was done by IST (Instituto Superior Técnico) in Lisbon. They were developing new ways of scanning the inside of the parts for the WAAM, the additive process. That was a proof of concept, resulting in TRL 3 or 4 at the end.

Johnny van der Zwaag: But perhaps one of the more important things going forward is being able to use these sorts of additive components in real life. So, thinking about certification, making sure that the components are completely integral, that’s where NDT comes into play. 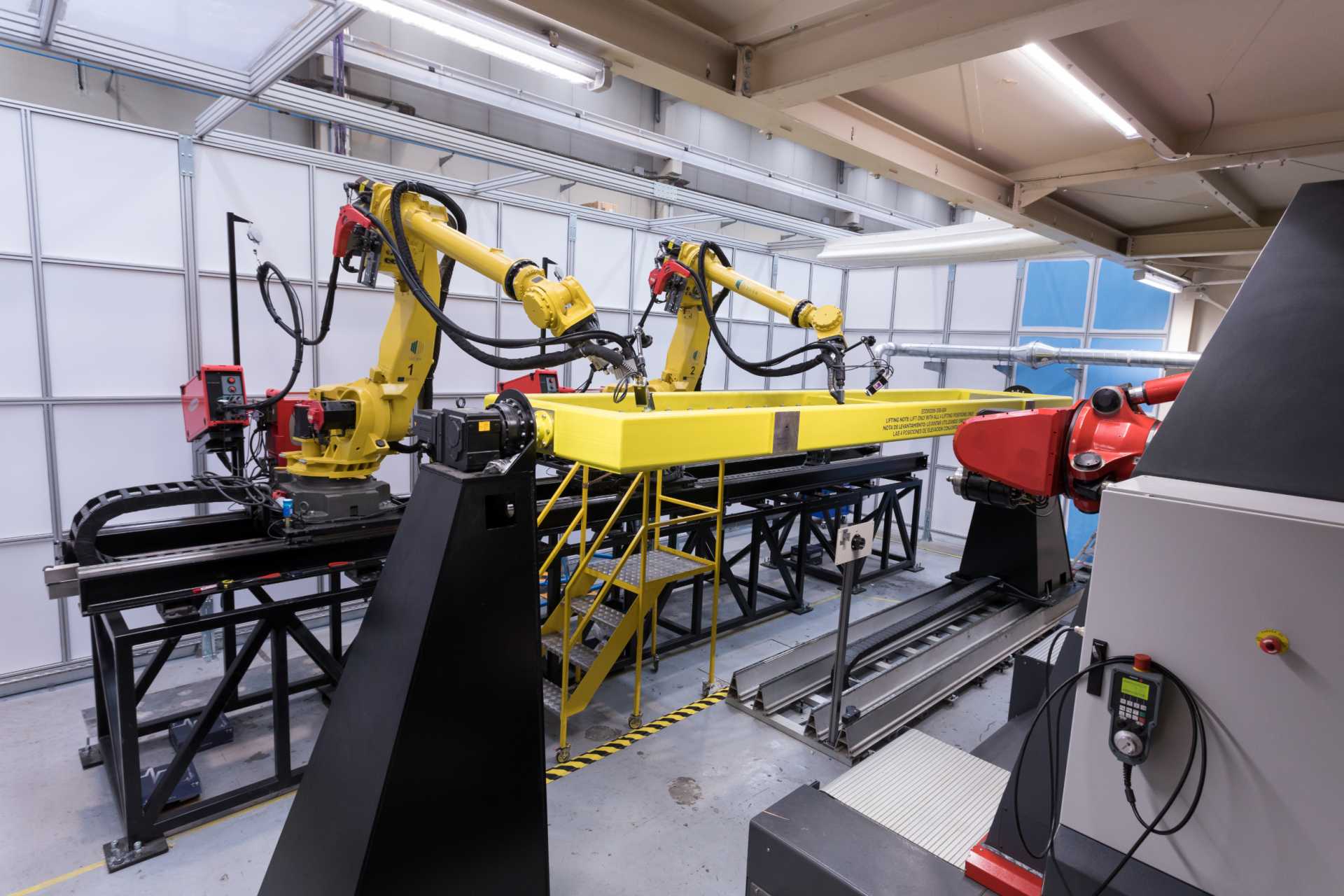 Can you give examples of successful 3D printed structures – and where they’re deployed in industry?

Joshua Mason: In architecture, there’s some 3D printed concrete, but that’s a much different process. Additive manufacturing for steel still needs testing and certification and that’s ongoing. We’re always looking for opportunities to take it to that next level.

Johnny van der Zwaag: I can talk about a previous shipbuilding project – the RAMLAB project in Rotterdam where we created a propeller for a tugboat, which was a 1.4m diameter component.

One really must understand the reason why it is important to use additive. What the business case is and the problem that needs to be solved. There should be a real need for business, not just as a technology push. So, looking at the bigger picture is always important. That’s why we are so in favour of having projects with end users, to understand what their business needs are, and see where the opportunity lies.

What needs to happen to take this technology forward?

Samuel Wilkinson: I think certification of the parts is the next step in being able to continue the design process. Being able to find components where you can add the most value. I don’t think we’re saying that we should be 3D printing everything. Some components make sense to continue to be produced as they have been – but if they’re extruded components, that’s very efficient.

We’re at the point of trying to find the niche within the landscape of different technologies where 3D printing fits in. The RAMLAB project is good example. There’s a case for printing parts on demand to reduce warehouse space.

Within architecture, I think there’s an opportunity for printing parts which are optimised, so reducing the amount of material that goes into them; by printing geometries that you might not be able to cast or extrude otherwise; taking advantage of the aesthetics of the process.

Some of the parts can be quite beautiful on the surface finish you get from the process and integrating may be different consolidation of different parts. So, if you’re assembling parts of the structure that might typically have 10 or 20 different components, there’s an opportunity to bring those together into a single piece.

What could this technology mean for UK industry?

Samuel Wilkinson: The UK construction sector is currently undergoing slow modernisation and I think this technology is part of that. There’s a desire to upskill the manufacturing workforce, moving away from a large unskilled workforce and training people to go from manual welding to robot technician, say.

There’s also a general push towards being more competitive and productive in the construction sector, which for all history has been less productive than other industries, for various reasons. I think new technologies aligning construction with manufacturing industries is something that is slowly starting to take place.

Joshua Mason: The other aspect of the project is that it’s multi, it fits into different disciplines, where you have completely different sectors of end-user getting different pieces out of the same machine. I think that’s a really significant part of the project, both in terms of creating a flexible bit of machinery, but also expanding knowledge in different areas that would apply to the UK as well as any anywhere else.

The ability to look outside of our specific realm, the idea that you’d be developing a system that could be crossing different disciplines in different industries, potentially makes for a much more profitable and innovative sector.

There’s been a big focus on regional development recently and pushing things out from the south of the UK. Technologies like this are inherently quite flexible in their nature, and the skills needed to operate the machines can be quite transferrable in some ways.

So, instead of having a steel fabrication place in one area, creating the parts there and moving them to site, there is potential to have a system like this sited quite locally.

Imagine a network of additive manufacturing facilities around the country that you can effectively share the design of the part digitally, and then manufacture it at any one of those sites if their setup is qualified to the same standards.

There’s an opportunity for additive manufacturing to be done much more broadly across the country.

I also think there needs to be continued investment in international research projects. That’s one of the really key parts of the success of this project, the expertise to do this didn’t in exist in any one particular country, it really came out of the cultural, as well as an economic and intellectual collaboration.

*All images courtesy of LASIMM